Here's a story for you. It features the most horrific, revolting and deeply dangerous monster to threaten Albion for 80 years.

In DINAS EMRYS, in North Wales, you will find, high on a hill, the remains of a very stupid British folly. 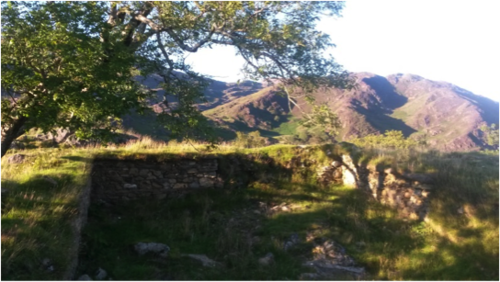 Halfway through the first millennium, Britain had a very, very bad King – both in that he was cruel, selfish, conceited, lying and greedy, but also simply in that he was thick as constipated-pig-turd, and utterly incompetent at anything involving running a country. Everything he had ever touched had turned into poo, usually at great cost to the people, but he never cared, he was born to rule, no matter how heartless and careless and useless he was at it. It should go without saying that this ridiculous usurper was totally unelected, as were the dark cabal of 'elite' advisers who told him what to do. However, even if he had been elected, it would only have been because he was in charge of what most people in the Kingdom thought was the truth – he saw the peasants as animalistic drones, there to do his bidding. He was born of noble blood, and had always done exactly what he wanted, without anybody ever telling him what to do.

With the Romans having packed up and gone home, this King and his despicable advisers told the people that they were sick of the many tribes all clashing together which made up Britain, and they were going to do a deal with some foreign invaders who could come over and take care of the mess that had been made of Britain. So Vortigern sent a letter to these big brawny Germanic invaders who would come to be loosely known as 'English', promising them any part of Britain they would like to get their hands on, while telling the people that what he was actually doing was making Britain Great again. A worrying amount of Britons, sadly, actually fell for this.

However, once Hengist, Horsa and the other beefcake Angles and Saxons arrived here, they decided they rather liked it and would keep it all, thanks very much – and if the King didn't like it, whose army was going to stop them? The Britons were weak, with such a rubbish ruler to lead them, and creating division between the tribes, and so whatever the stronger foreign power wanted, they were going to get.

Like the desperate coward that he was, the King fled west, to the hills of Cymru, and his advisers went with him. All having shares in a private construction company, the first thing they decided to do, was a built a tall tower up on a hill on the edge of Snowdonia. 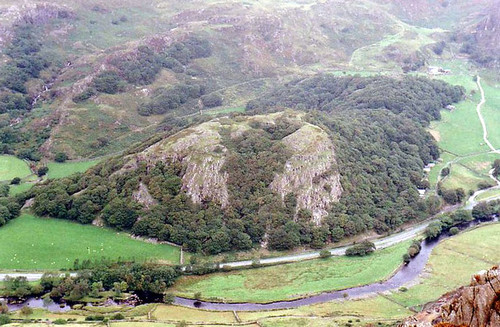 Vortigern told the people that the castle he was building would keep all the foreigners out, and nearly half of them fell for it, and so it was instantly declared the 'will of the people' that Vortigern and his unelected advisers would have their nice cosy castle up on the hill, and the proles could get up there and build it, under their direction.

However, it was clear that not one of them had any idea what they were doing, besides making lots of money on the side. Every time the castle tower began to take any form, the hill would rumble, and crack, and the whole mess would come tumbling down, usually squashing a number of the poor builders as it crumbled. 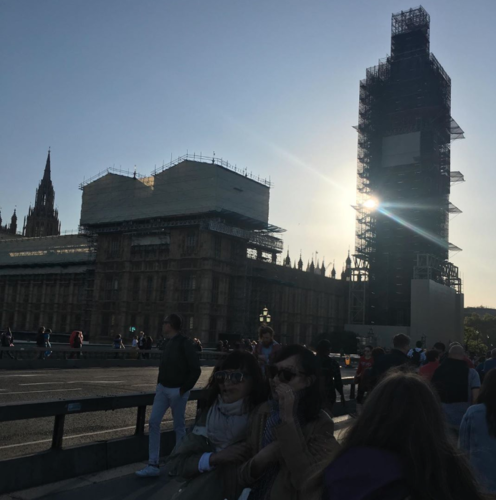 This seemed to anger the King, and his crown slipped and slid on his bedraggled bonce as he roared to the poor people, "BLIMEY CRIKEY, RARARA, LET'S JUST GET IT DONE! Y'KNOW! GRARGH! BIBBLE BIBBLE BLAH. EVERYONE WANTS THIS HOUSE BUILT FOR ME AND MY ADVISERS, IT'S CLEAR THAT THIS THE WILL OF THE PEOPLE, IF YOU ALL JUST BELIEVED IN IT THE CASTLE WOULD BE BUILT BY NOW!"

"We never asked for this!" some of the braver hillfolk protested, but they were sneered at and ordered to just do what they were told. Half of the hillfolk had been fed every single lie Vortigern and his advisers could get their hands on, they were told by one long skinny druid as he lay languidly in the grass that elite demons were against the tower being built, and anyone who thought for themselves and suggested that the tower benefited nobody and was built on lies were in league with these demons they just made up. 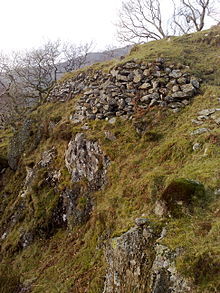 And so, time and time again, the tower just kept falling down, killing poor people and leading to endless fights among the previously peaceful hill folk. It was, quite clearly, an impossible task.

This was when the despicable advisers had their big idea. They told the King that the tower would only be built if they could find a young poor child, ideally born to a demon, and take him to the construction site, where he would be bloodily sacrificed, gizzards torn out and thrown around the hillside. Only then would the angry demons of Dinas Emrys allow this monstrous tower to be built. 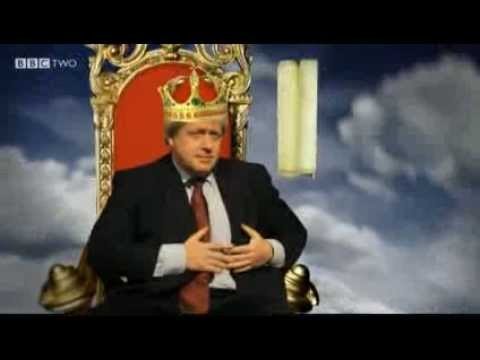 And so, nearby, a boy called Merlin Emrys was found, and brought to the site of the impossible tower. There he began to explain the real reason for the castle's failing, and began to talk of dragons, but was quickly told by one particularly hideous little druid that the hillfolk had 'had enough of experts'...

Oh, I give up. You know the full story, of the warring dragons, the red and the white, and how Britain would forever be at war with itself until a decent ruler could be found, and trained by Merlin, to lead us out of the darkness.

The analogy is painfully sound. There's no point flogging it to death. But as the scariest Samhain of our times approaches, I never thought I'd see a Britain quite so desperately in need of King Arthur to come and fight the MONSTROUS, unelected, lying, in-bred billionaire social vandals who make up our own so-called 'elite' in the 3rd millennium. Or the only people having any Happy Ever After, will be them.