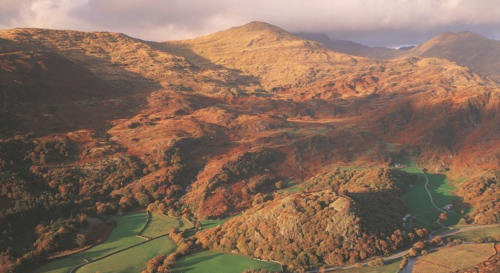 Happy animal Folklore Thursday, all! Hey, DRAGONS ARE ANIMALS TOO!

They are in this story, anyway – or wyrms, if you prefer. It's about 16 months or so since The Beast From The East caused Brother Bernard to record a special story to make up for missing World Book Day at a school in Frome – which, with awful sound quality (sorry!), you can find here: VENGEANCE WILL COME. So we don't do this often, but here's a follow-up, from the same neighbourhood of Snowdonia, at Dinas Emrys – MERLIN & THE DRAGONS! 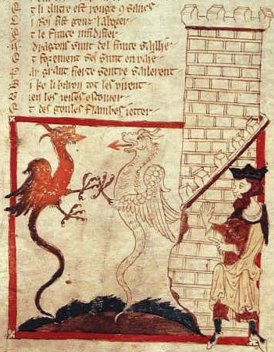 To be honest, the main reason for foisting this upon the public is that when we were performing our special show in sunny Winsham last Saturday it became clear, just as the wicked Tegid Foel suggested an obvious contemporary hate figure in the former story, that the pathetically posh, clueless, duplicitous, weak and privileged – and unelected – King Vortigern equally suggested a despicable character closer to home...

Sometimes you just need to let off satirical steam or you'd go mad. And it's just one more way in which folktales can come in handy, and adapt to the changing times. Centuries from now, if we're all still here, the same story may suggest new cathartic interpretations to keep us relatively sane.

So, are you sitting comfortably…? 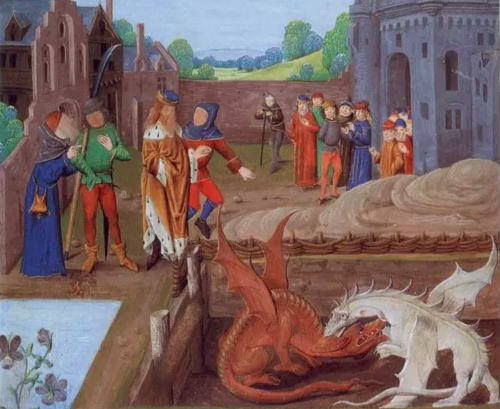