Happy Folklore Thursday, blessed 150! 20% funded in a month, we just need to do all that five more times...! We'd like to take this opportunity to share a bit more about the genesis of Tales of Britain, what drives it, and to celebrate the name of one of Cumbria's greatest mythical women – LONG MEG! 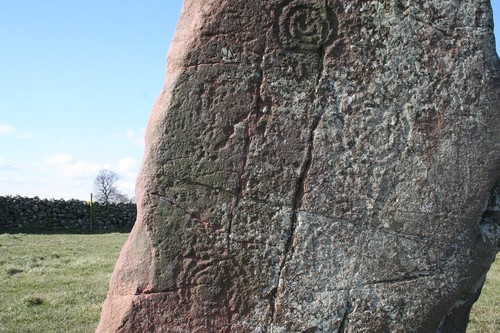 Last weekend we gave a special talk on Tales of Britain at Bristol's Sunday Assembly, including a performance of Long Meg, and it brought it back to us that this whole project began with a nephew, 13 years ago. It seemed a nice idea to write and illustrate a special book for the fellow when he popped out, and as siblings have fled Shropshire and the nephew was going to be born and bred a Yorkshireman, the idea of including a rewritten folktale from Shropshire seemed to be a sweet way of making sure he knew our family roots – it was around then that it became clear just how poor the British folktale availability was in shops...

Anyway, lovely gesture though this may seem, making these books turned out to take up many many work hours – and at the time, who was to know that four more nephews were to follow, plus babies from numerous close friends, which made tham as good as nephews and nieces?

Which brings us to Long Meg. An old friend who lived up in Cheshire had already had a son (who received The Wizard of Alderley Edge), and when he announced that twin daughters were to follow, a look at the Tales of Britain map suggested nothing too near their home, but close enough to the Lakes to make it a reasonable trip for the family, was 'Long Meg and her Daughters' – which sounded ideal for the twins! So the promise was made there and then to deliver that story in time for the double birthday... 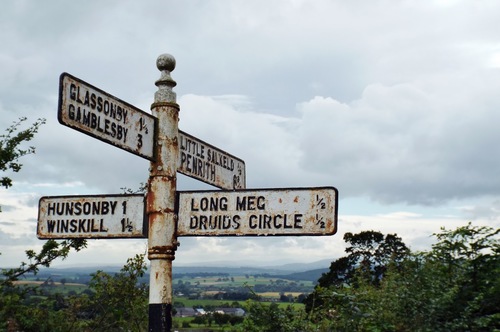 But once home, and researching the legend behind this Cumbrian stone circle, what a nasty shock awaited! The existing story of the Bronze Age site was very simple: Long Meg and her Daughters dare to dance on 'The Lord's Day', Sunday, despite the warning of priest Michael Scott, and so for daring to do their own thing, GOD TURNS THEM INTO STONE! 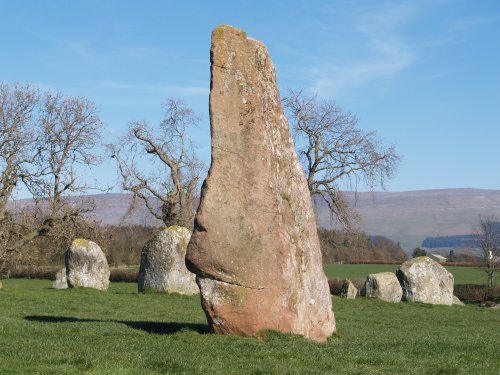 That's it. Don't dance on a Sunday. Because the Christian deity hates it. And will turn you to stone. Well, what a stirring message that is for two women born in the second decade of the 21st century! This has been a perennial problem with British folklore – the amount of religious, and particularly puritan, misogynistic distortion which has bled into our lore over the millennia. Often, tales which far predate Christianity have been warped into warnings about Godliness – folk playing cards with the Devil on a Sunday and the like. Now, numerous pledgers have religious faiths of many flavours, and we have total respect for that, but just as Brother Bernard is a secular monk, these tales had to be as secular as possible too – it was important to avoid this kind of second millennium clutter and send out positive messages for 21st century Britons and Britophiles.

But the promise had been made to the old friend, and moreover, it is ESSENTIAL to Tales of Britain, that these stories are never simply whitewashed, watered down, bowdlerised or otherwise changed in order to become incongrously politically correct. The integrity of the roots of every Tale is always paramount.

But then, it became clear that one very simple little twist of motive in Long Meg's story could make all the difference, and turn the message of the Christian retelling wonderfully on its head. It would remain exactly the same narrative, beat by beat, but if we just made the magical 'turning to stone' trick the work of Meg herself, rather than God or Scott, then she has all the power, and it becomes a tale about women escaping from religious and patriarchal oppression, by taking control of a situation. The legend always had it that when you are not actually looking directly at the stones, they were the same dancing women who had danced in that spot for millennia – so that worked perfectly. One cry of 'Dance like nobody's watching!' and the dancers' persecution problems were solved, on their own terms! 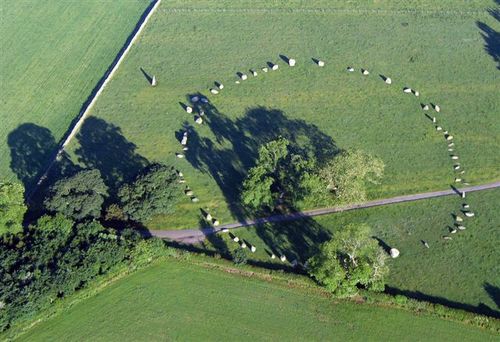 Long Meg gave us the key to how to retell these stories for a modern audience, renovating them from centuries of misuse, and making them both really fun, and really valuable, for a new generation – while maintaining the absolute spirit of each original tale every time. We squared the circle, and now hopefully many further generations will know about Long Meg and her dancing Daughters, and celebrate her legend, without the discomfort of outdated fire-and-brimstone philosophies spoiling all the fun.

The tale was saved, and you can see the very rudimentary results of the labour in the video above – hopefully it will bring the girls pleasure in years to come. And indeed, to the rest of you who pledge, support, buy, read and listen to these Tales of Britain once we have raised the other 80% and got the book out in shops, and in your hands! 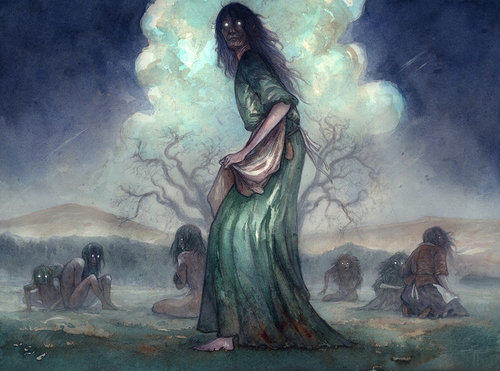