London Pride Has Been Handed Down To Us...

After last week's birthday shenanigans in Kernow, it looked like we'd been confronted with another major challenge for this week's Urban/City theme – because the idea that we hadn't covered DICK WHITTINGTON in any of the last year's blogs seemed absurd!

Dick Whittington's fictionalised life story is one of the most celebrated city fairytales in world folklore, but of course our 77 tales covers the whole country, in all areas, so it's not the only city represented – Nottingham is obviously key to the Robin Hood series, we've done Coventry with Lady Godiva, plus there's Bath, Canterbury, and the smallest city in the UK, St. David's! But, as in real life, the City of London was always going to take the custard cream. 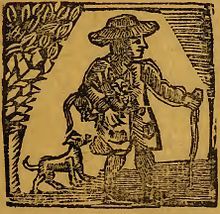 The story of Dick and his clever cat is not the only London tale in our book, of course – we already made you feel ill by talking about Tudor horror BEWARE THE CAT which is in the St John's Wood area – but though cats remain a theme, the Dick tale we know is a lot more palatable.

To many people, the image below may be what they really think of when 'Dick Whittington' is mentioned – OH, YES IT IS! – along with those Bow bells chiming "TURN AGAIN, WHITTINGTON, THRICE MAYOR OF LONDON!" and the evil of King Rat and so on: 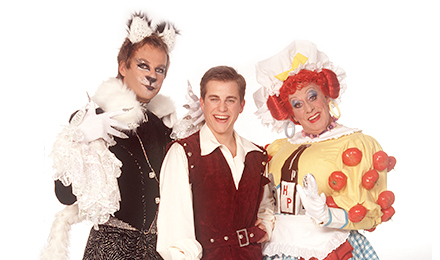 ... But it's no great revelation to say that there really was a beloved 15th century Mayor of London called Richard Whittington who was born near the Forest of Dean, but made his fortune in the English capital, becoming a moneylender to three Kings – Richard II, Henry IV and Henry V – and establishing all sorts of charitable institutions alongside his Lady Mayoress Alice FitzWarin. 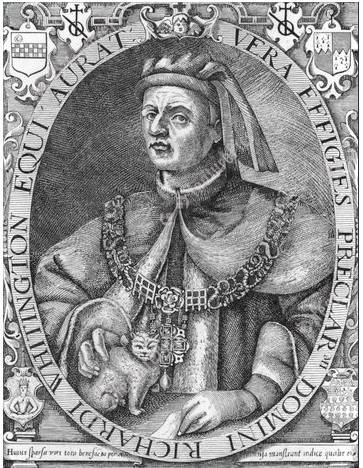 True, the engraving above was doctored after the legend of the mayor posthumously grew – the cat you see here was originally a skull – so it's difficult to say how much of the meat of the familiar story has any even slight truth to it – Dick arriving in London hoping to find the streets paved with gold, meeting the lucky cat, being taken on as a skullion treated worse for his hard work than Idle Jack is for being lazy, and then either investing in or joining the crew of an exotic trading voyage to distant climes, where the cat's success in clearing a Sultan's palace of a plague of rats (including the infamous King) led to the establishment of his great fortune, allowing him to marry his dream girl, Alice.

There is no set plot to the tale when it comes to panto, but many different retellings, so we chose a succinct route, making the story more about Dick's search for love than riches, and exploring the idea that he's a hero who doesn't get involved in any heroics, but is rewarded for his KINDNESS.

And today's London may be unrecognisable from the old city that Dick knew, but he remains far from forgotten 600 years later. Any tale-loving tourists who visit the metropolis can not only get their picture taken with a statue of his cat outside Archway tube station – even more impressively, the nearby Whittington Hospital marks the same site of one of the mayor's original establishments (and of course, its logo is a cat), while a charity begun by the historical Dick is still in operation to this day, which is more than you can say for Robin Hood. 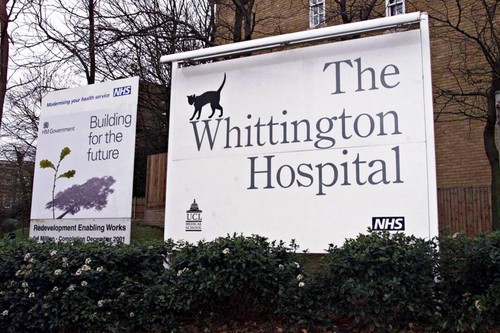 This is roughly the area where the heartbroken lad was said to have 'turned again' on the instruction of the Bow bells – but as they are nearly five miles away, that's where your pinch of salt has to come in handy. But it just goes to show, from the most idyllic rural village to the tiniest town (we're playing the Ludlow Fringe last Saturday of this month!) to, indeed, the black-bogey-packed scrum and stress of London itself, there is folklore wherever you go in Britain. Maybe even Milton Keynes (did that concrete cow just moo?).

We're still awaiting news as to what happens now with the book, and dearly hoping Unbound are still aiming to get it to everyone before the end of the year, but as we've said before, the more pre-orders and pledges we get, the stronger the book's march to bookshops will be, so please keep spreading the word, and if you haven't yet – pledge! Dick would have. He was nice like that. 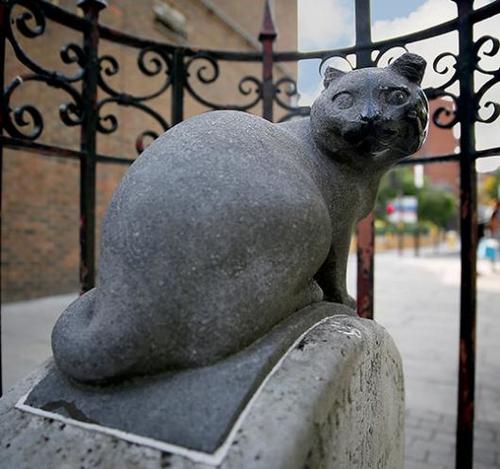