A warm Folklore Thursday to you, my dears, Nuada bless us.

Unbound's redesign seems to have obliterated the videos, so here's a mini-travelogue for you...
https://www.youtube.com/watch?v=aApaOBkaans

We've gone on about that bugger a few times in the past, and it just so happens that right now we're staying with family up in Ludlow, only a short ride from the Herefordshire town (and thank flip it IS a town, as we said in the book, we worried for a moment it was only a village) of Kington, where Vaughan's body lies and legend lives. Although when you actually go there, and see his home of Hergest Court, and his effigy in St. Mary's church (hard to tell where the pond his ghost is said to be imprisoned is, though there is one outside his house), it's hard not to feel sorry for the poor posho. Not only does he get his head cut off at the Battle of Banbury, he then has to spend all eternity with folk telling tales about him being a ghostly fly, big black dog or evil bull. My brother toured the area in a college production created by the late lamented Ilyd Landry back in the early 90s, and played the drunk Welsh monk who finally tricked Vaughan into a snuffbox and let it bloop down to the bottom of the nearest pond (In this version, named Brother Bobby Baulch, in tribute to the late good-time Ludlow clergyman who confirmed me into the C of E back when I pretended to believe, Rev. Baulch).

So as you can tell, of all the book's 77 stories, this is one local yarn which we did grow up with as wee tots, so it was a pleasure to stand in the real space where the silly narrative actually takes place. That is, after all, one of the key points of Tales of Britain's existence in the first place.

Oh yes – local food. Well, we were in Herefordshire. So we had an apple. 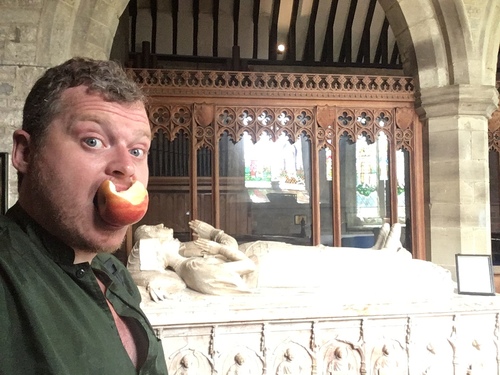 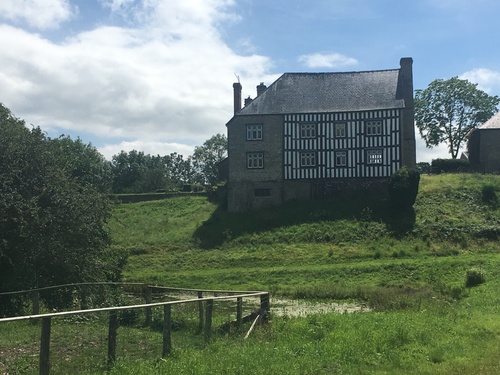 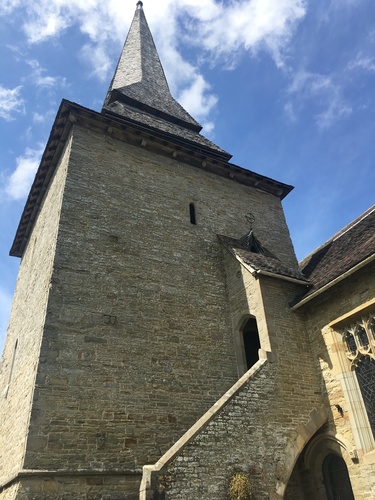 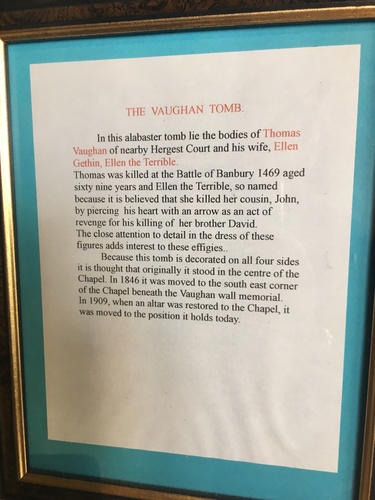 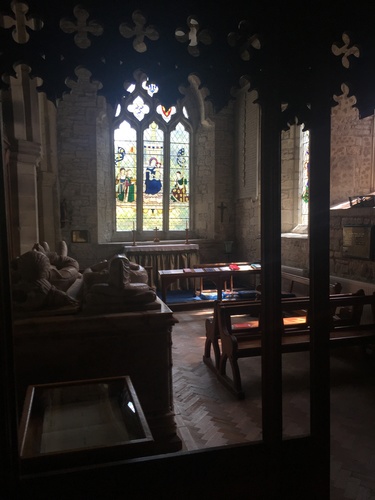 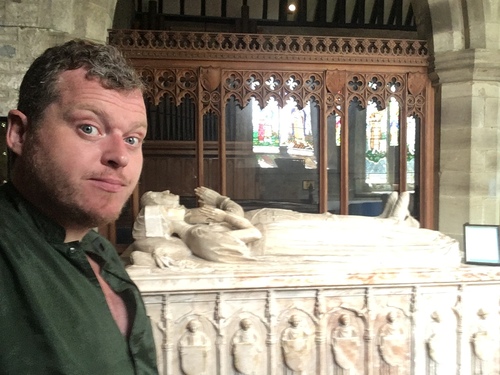