A happy-heppy and even huppy fairy-like Folklore Thursday to all!

First of all, deep fruity thanks to everyone sweet enough to have added lovely reviews of the book, since the rather unpleasant illiterate review we received last week. It means so much to know that many of you are sharing these tales at bedtime every day, and that they are fuelling journeys to some of Britain's weirdest corners! Please do ADD YOUR REVIEW if you haven't yet, and let others see how much fun folklore can be!

Oh, and here's another shout out – are you in or near Edinburgh on Saturday 24th August? Please email jem@jemroberts.com or contact us on Twitter if you fancy a live show by the Scott Monument! We're also taking over the Ludlow Fringe on Saturday 15th June, hope to see you there! 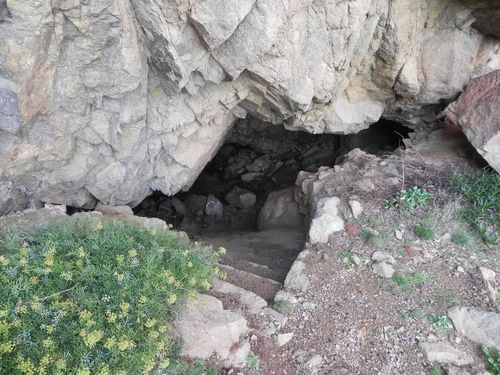 Now, the problem with fairy/faerie/verry/phaeughreeee/however you prefer to spell it lore, is that it probably makes up a huge chunk of our book – moreso than witches, goblins, ghosts or any other kind of creature – maybe even giants – our 77 tales are packed with fairy stories of all kinds – some of these ancient Britons are kind, some are horrific, but we're certainly spoiled for choice when it comes to tales all about the mysterious island race.

But the beautiful image above, as many islanders will already have gleaned, is from Guernsey – the channel island said by some to be populated almost entirely by part-faerie folk. We were slightly antsy at first about including the channel islands in the book, not least as we never included Northern Ireland, but it speaks to our shared sense of history with the Continent, our natural place in Europe, and so we're glad we took the plunge to investigate the isles' folklore… 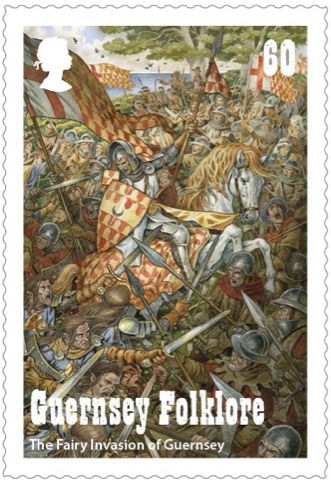 In truth, the Guernsey story 'The Fairy Invasion' turns out to be a yarn spun to avoid the blushes of the inhabitants after a cataclysmic invasion by Welsh mercenaries in the Middle Ages. In the tale, fairy folk discover the beauties of the women of Guernsey and invade to take the place of the existing menfolk, hiding in the ancient cave at Le Creux des Fees and fighting bloody battle all along to Le Rue Rouge. We took inspiration from this BBC report for our version, but no matter how you slice it, and no matter how filled with curious Iron Age and older artefacts can be found on the island, the story itself, and the legend that all the Guernsey folk who aren't blonde are descended from fairies, was always a cover-up of horrendous rape and pillage. Strange, the terrible historic events which can give rise to fairy stories.

However, we hope that we have gone some way to make up for this unpleasant source, by making our story essentially all about the toxicity of machismo – the men of Guernsey treat the women like second class citizens, and measure their manhoods on how they can 'protect' – i.e. repress – them. The magical invaders therefore simply turn testosterone-fuelled rage in on itself, so every man who is powered by his idea of machismo detonates himself, and the far more – if you'll forgive the term – 'woke' faerie folk create a far more equal society. Well, we can all dream – and the Guernsey folk certainly did. 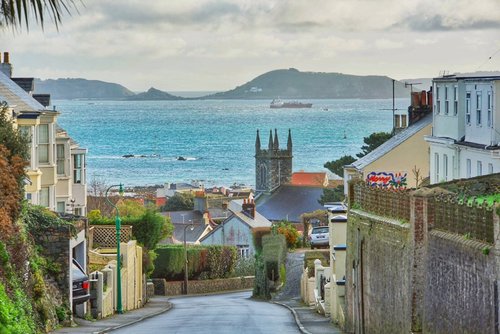 La Rouge Rue – which gets its name from the blood which flowed down in after the invasion… Don't go thinking all faeries are fey!