If you click on the mp3 link just above, you'll hear the 5th of 5 very short tales recorded for BBC Bristol – AVALON! The tale of Arthur's final stand, and legendary final journey to the Isle of Apples... 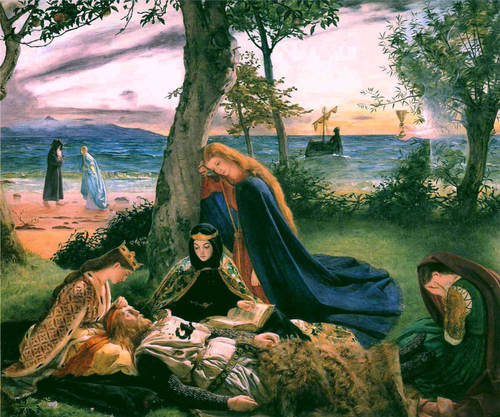 We'll be sharing the remaining two recordings when we can, but we've 'skipped to the end' to highlight one of the cornerstones of this campaign: the pleasure of standing in the actual landscape of the stories we tell, and hear. This is a roadmap, taking you to the site of every fantastical tale, for real.

Being based in the southwest, that means plenty of Arthurian lore is within reasonable distance – though we wish we had the resources to travel every inch of the land, visiting every single one of the 77 locations, all the way up to John O'Groats! We should add that we also know that every Arthurian site has a number of contenders, from Scotland down to France, and we'll be providing guides to those as well in the book. But we go with the romantic SW UK claims primarily. 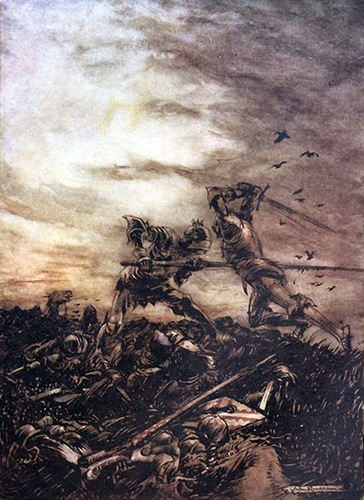 So our 'Sword In The Stone' takes Tintagel as its main site, and 'Avalon' sees the mighty King laid to rest somewhere under the Tor – or rather, naturally, not laid to rest, but placed in stasis, until Britain needs Arthur's leadership once again (Yes, please! A 5th century warlord would easily better than who we currently have). The site of Camlann – Arthur's final clash with the despicable Mordred – is less easy to settle on, there are no firm contenders, but it's easy to imagine one of many 5th century battles being the showdown which inspired the legend, and that may well have taken place somewhere in Somerset. Which means, of course, that Excalibur was cast back into the water somewhere visible from the top of the Tor. Where are those bonekickers when we need them?

This is all fanciful stuff, we know, but Glastonbury's Arthurian claims are some of the most thrillingly romantic out there, and Glastonbury Tor is a place every folklore lover has to experience, particularly if they fancy a good work out, climbing to the very top and surveying the Somerset levels all around, imagining what it may have looked like centuries ago, surrounded by water, and where that sword might have ended up. 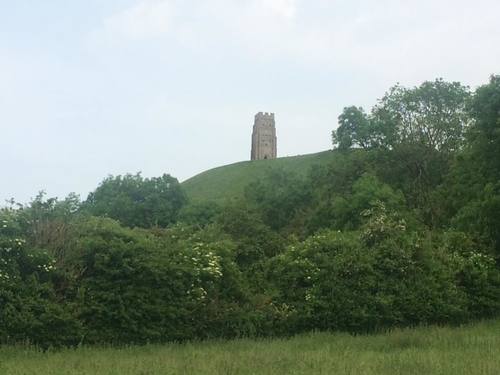 We took this photo! So we own it. If only we could take our own pics of every site...

Even if you take away the Arthurian claims of Glastonbury, even if you admit – as do we – that the story about Arthur and Guinevere being buried within Glastonbury Abbey is almost certainly the marketing campaign of a group of dodgy medieval monks, as is all that stuff about Joseph of Arimathea and the thorn bush.... even then, there's more here to excite lovers of folklore than just reasonably priced joss-sticks and crystals in the town itself. The Tor is also said to be the entrance to the underground fairy kingdom of Gwyn ap Nudd, though we failed to find the door. And on top of all this, it's one of the few places in our Tales of Britain collection to have its own wifi connection... 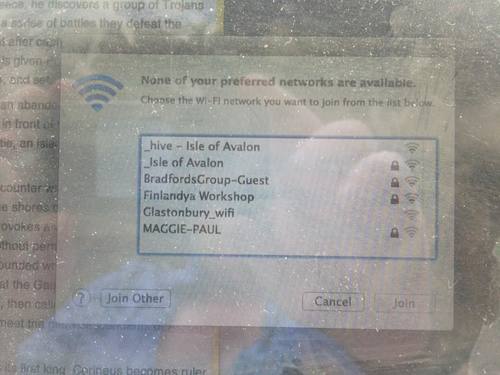 But to most people, of course, Glastonbury is famous for its Festival, even though the actual Pilton Farm is many miles away – from the right angle, taken from a BBC-owned drone, the Tor can dominate the skyline as Coldplay or Barry Gibb or whoever holds the countryside spellbound from the Pyramid stage. In my extra-curricular solo performing mode (i.e. not suitable for minors), I was pleased to get a Glastonbury gig this year, performing on the Bandstand very near the Pyramid stage, and as proof, here I am – and that tiny bump you can see between the two posts growing out of the copper's shoulders, is the Tor. Avalon itself. 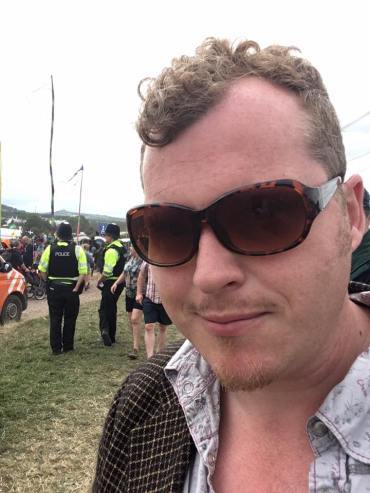 We have currently hit 105 followers, bringing us up to 15% – it may seem as if this has taken us nearly six weeks, but this was because I begged Unbound to open up pledges early, to try and interest Glastonbury's massed ranks in our campaign. Had I realised what a wonderful place it was to try and drum up interest, I would have taken many more posters and flyers, but as it is I went around hoping to get just a few bits of subliminal advertising in wherever I could... 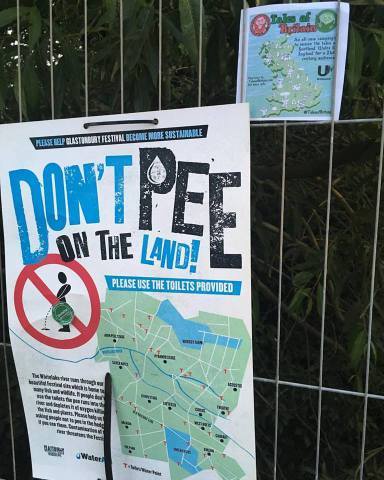 ... Which sums up our sentiments quite nicely, really. Sadly, this flyposting did not result in any actual pledges. This is by far the toughest challenge in publishing I've ever encountered, turning goodwill into solid pledges and getting to 100% feels like pushing a boulder up a mountain with a cocktail stick – lodged up my nose. But we keep faith, and will keep on pushing this campaign as hard as we can, to bring story-lovers not just from every corner of the British mainland, but all over the world, into the fold. We are a growing movement of people who love and believe in the power of storytelling to make the world a better place, 105-strong as of today, and there must be another 600-ish folk out there who feel the same, and feel that these stories deserve better than to be left in a ghetto of academia and cobwebbed precious pretention, we should all be enjoying them.

Do you know any story-lovers who would love to help to rescue our national treasury? Let them know about www.TalesofBritain.com! Because this is so important.

And if we ever doubted that fact, witnessing the powerful performance by Kate Tempest at this year's Glasto cast any doubts to the four winds. We hope she doesn't mind us quoting her directly, because what we are doing here is retelling our ancient stories for a progressive future for Britain, with an emphasis on equality, which we hope fits in with her own philosophy when she wrote 'Brand New Ancients'...

Standing in King Arthur country, hearing those words, gave us strength to embark on this back-breaking mission. Thank you, Kate. And thank you, everyone who has joined us and supported Tales of Britain so far. The fight goes on. 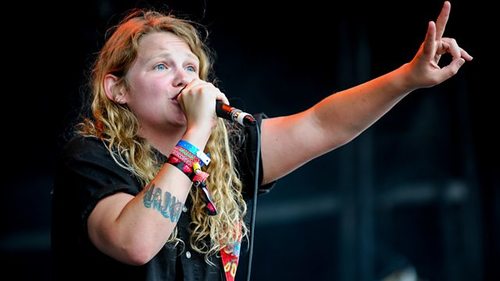