Happy Folklore Thursday, merrie backers – we are now 200 strong, and more! Can we get over 30% today, what can we all do to help us get there, to get a few individuals to pledge? Because we will need a lot more to see that green light shine, so whatever you do, please keep spreading the word about our campaign for 21st Century British Folklore!

And as a special treat for everyone who has joined the cause so far, here's a complete Shropshire folktale for you all – ROBIN'S ARROW! 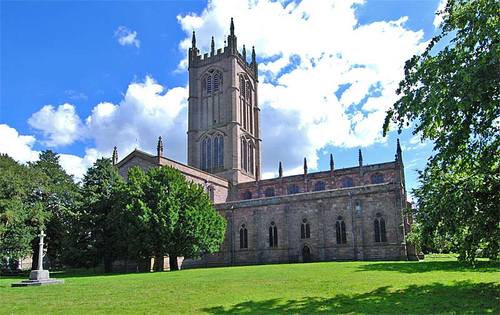 Even with 77 tales on this roadmap, we do have to be very careful what material we give away for free in advance, but we're sharing this tale with you now with some degree of sadness, as we've had to come to the conclusion that it won't fit in this volume. Robin's Arrow was actually the very second folktale we ever tackled, back in the mid-noughties, and it was a fascinating challenge, to revive an old tale that, even as a Ludlovian, was a complete unknown, and to mix it in with other lore and history to provide a meaty tale, where before there was only a very basic anecdote.

By combining the existing legend, taking in St. Laurence's Church and Robin Hood's Butt, with the woefully under-celebrated legend of Fulk Fitzwarin, we could cover two Shropshire towns – Ludlow and Whittington – in one. The dashing figure of Fulk, outlawed lord of Whittington, was one of the strongest influences on the growth of Robin Hood mythology, and it's a crying shame that nobody has yet made a GoT-alike Sunday evening costume drama out of his biography. It has dragons and everything!

But now we have 76 of the planned 77 tales finished, almost a complete manuscript, this very early retelling doesn't quite fit. Firstly, of course we want to evenly divide the stories over the British mainland, Scotland, Wales and England – which is not always possible, as some areas simply have a greater wealth of history, and therefore mythology. But nonetheless, as this whole project began with Shropshire lore, perhaps the greater concentration of tales in that area was not fair, when there are stories from Scotland and Wales that could go in its stead. We'd already shifted the base of this tale from Ludlow to Whittington, even though all the action takes place in the former.

Also, we cover the whole scope of King Arthur's 'life' in the book, and feel that Robin Hood's sad end should also be included, filling up the lands from Yorkshire down to Nottingham, so something had to make room for that. Writing about Robin's end is our challenge this week – leaving only one tale left for the full 77. 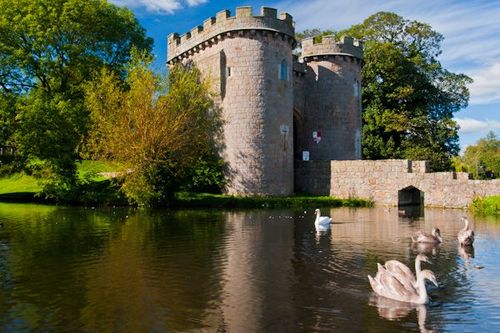 But the trickiest thing is that Robin's Arrow no longer fits in with our other Robin Hood stories, as we went back to the original Gestes, which Merrie Men fans will know were certainly not set during the time of King/Prince John, and thanks to Fulk, here we explicitly go with that time period, even though that was a later embellishment of the Robin legend. So although we dearly hope that everyone who reads this tale enjoys it, and perhaps laments its ejection from this volume of Tales of Britain, and although we sincerely regret not being able to point readers towards the wonders of Whittington as part of our tourism drive... particularly given the wordcount strictures we're facing, this quite lengthy yarn has been selected to sit on the substitute bench this time. Of course, our dream is that there will be further volumes of Tales of Britain, in all sorts of forms, in which case let's hope that Robin's Arrow can be reinstated, and never mind the historical complexities. But let's not get ahead of ourselves.

For now, we felt the best thing to do was to share this very early tale, written before Tales of Britain had been dreamt of, with all our backers, and we hope it's a stirring read for all – if this is what our off-cuts are like, you can be sure that you have a lot of pleasurable reading ahead of you!

Some time was spent in our last blog coming clean about your author's lack of artistic ability, and the difficulty of crowdfunding a project like this before professional artists and designers have got to grips with it. As further evidence, here are a few illustrations attempted for Robin's Arrow in its original form, well over a decade ago. These little books were created for the births of nephews, so not intended for public consumption, but let's overshare a little...

Thank you again, everyone working to make this roadmap of tales a reality – we still have a way to go, but as long as everyone out there keeps spreading the word, we will get there eventually! The manuscript will be ready to go before the first day of autumn. Now we just need to hit 100%... 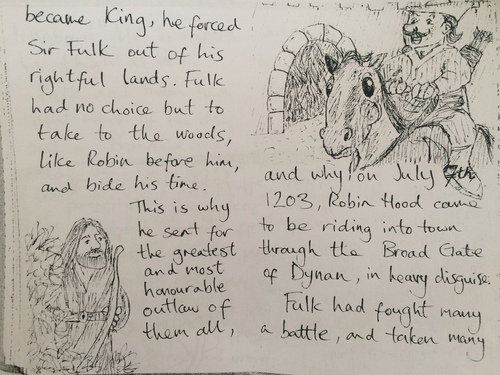 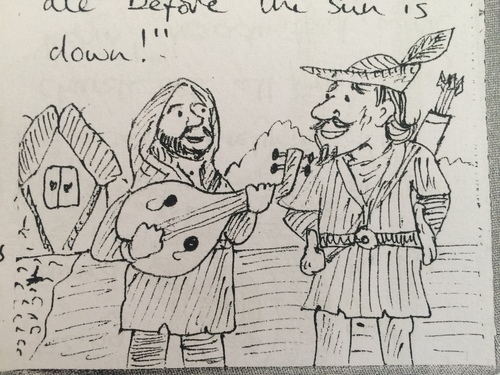 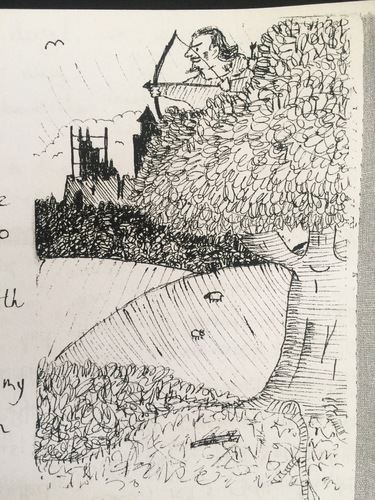 YES THOSE ARE SHEEP!