Fairyland In The Border: Thomas The Rhymer

We wish you an otherworldly Folklore Thursday, dear Tales pledgers! 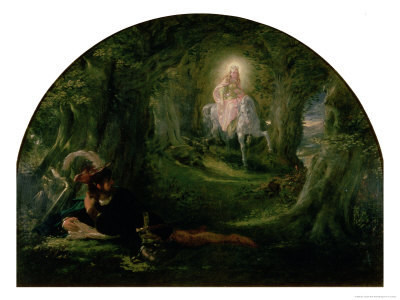 Hectic times over here, given that this Folklore Thursday is also publication day for SOUPY TWISTS – the official biography of Stephen Fry & Hugh Laurie, otherwise known as 'The Book That Came Before Tales of Britain'!

But of course there's always time to share a special themed blog with you lovely folksters... however, when the theme is 'legendary places', even discounting the legendary nature of the entire landmass we're celebrating (in 77 places, with tourist guides to each location), where on earth, or on this bit of it at least, do we start?

Since the first wave of post-Ice Age immigrants washed up on these shores, Britons have been suspicious of 'other worlds', in the sky, in the trees, under the sea, and above all, under the ground, and in the hills. Maybe houses like those found at Orkney, inhabited by races smaller than the invading 'Celtic' (© Generic Pre-Roman Britons) are what inspired the many tales of faerie-ish folk living underground, but whatever the inspiration was, our book is packed with tales of legendary places, where British folk have travelled to, and – less often – from.

Camelot is of course, a legendary place in itself, as, you could argue, is Sherwood Forest. But we've already covered a whole host of 'fairy lands', be it Brother Elidor's Welsh odyssey, The Mermaid of Zennor's undersea kingdom, The Green Knight's Chapel, or most recently, The Doonies who creep out of the hills of Kilmartin. 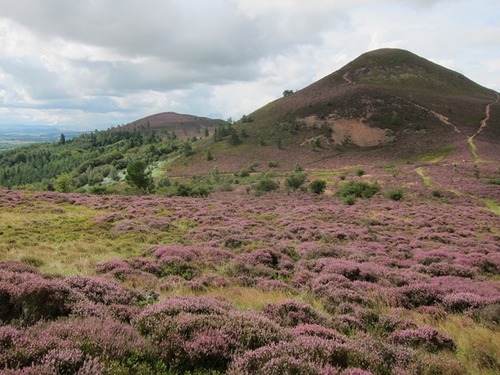 This last is one of a trilogy (at least) of southern Scottish, borderland legends of faerie denizens under hills. It's not strictly a Scottish idea, hills hiding pathways to lost lands – Avalon itself, now known as Glastonbury Tor, is supposed to be the portal to the land of Gwyn Ap Nudd. But there's something about these majestic hills at the bottom of Britain's northern splodge of craggy land which has inspired generations of storytellers to give their ideas of what lies beneath.

Pictured above are the hills of Eildon, which will forever be associated with Scotland's answer to Nostradamus, the medieval poet and prophesier Sir Thomas Learmouth de Ercildoun, otherwise known as True Thomas, or Thomas the Rhymer. When we came to retell the legend of how he learned his versifying party tricks from the Queen of the Faeries, we were a bit taken aback to realise just how close the myth is to that of Tam-Lin – they could almost be both spun from the same real-life nugget of news, if it wasn't for the clear historicity of the talented Thomas. Scotland even proudly marks the spot where he was said to have met the irresistible Queen, who led him under a specific hill to a very specific kind of faerie country – usually termed 'Elfland'. 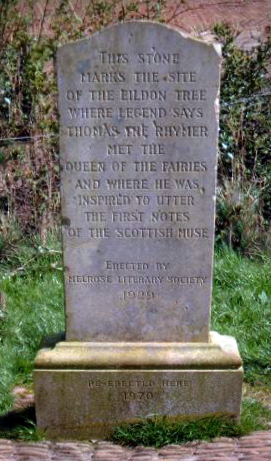 Both tales involve sexy young Scotsmen, border-dwellers, who pique the fancy of the Faerie Queen (Titania in our retellings, a rather schizoid but endlessly fascinating paragon of aristocratic hauteur, delightful when she gets her way, but cross her and... well, you'll see), and are taken to live with her in her underground – or certainly, otherwhere – kingdom. In both cases, it's usually even for the same period, of seven years. However, where Tam-Lin is imprisoned and marked for sacrifice, and can only be saved by the story's hero Janet, Thomas' deal with HMQ is far more pleasing to all – they meet, they kiss, he adoringly follows here all the way home under one of the Eildon Hills, and in a fascinating journey, through a series of tests, choosing the primrose path to hell, a heavenly path, or just heading midle-of-the-road, then wading through rivers of blood dripped down from the surface's many bloody battles, then past tempting fruit trees and so on… this journey constitutes much of the story of Thomas the Rhymer. Ultimately, at the end of his time of absolute hedonism, Thomas is given a fruit which will grant him the gift of prophecy, which he chooses in preference to improved lute-strumming skills (turned down because he already considers himself the medieval Hendrix anyway). 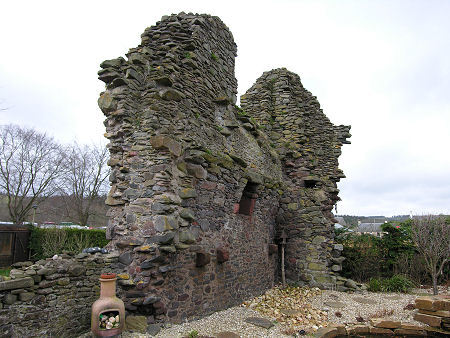 This is all that remains of the grand tower Thomas built on his return to our realm in the late 1200s, the last remaining crumb of the great fortune he built up as a result of his faerie-bought poetic flair. You'll find it in the market town of Earlston in Berwickshire, and there you can retrace Thomas' steps, to the spot where he met the Queen, and the hill where he followed her to seven years of magical luxury in Elfland… but sadly, no tourist has yet left any suggestion that they managed to follow his footsteps all the way to Elfland, on TripAdvisor.

We've never performed this tale live as yet, but perhaps we will, as we have THREE shows coming up this month, all candlelit folk evenings in gorgeous rural pubs here in the NE Somerset area. Take a look at our LIVE page and see if you fancy any of them! Come along, and we promise to take you to any legendary place that takes your fancy… 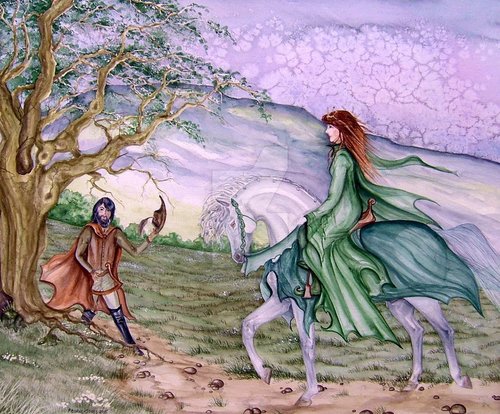