British Folklore: The Stories So Far...

Happy Folklore Thursday, pledgers! As today's theme is folklore from around the world, we're taking the very rare chance to not feature any specific story – they are all British, after all – and give an update on where we stand.

You know why this campaign has been fought for so long, and why we will continue far beyond this book's release. There are endless books of random lore, myriad non-fiction investigations into British mythology, and copious releases covering individual counties, and the UK's constituent parts – there are even themed lore books on plants, and Nuada knows what! But as for an anthology of British folktales, individually retold for a new generation – nothing along these lines has been seen since 1987, and never really attempted in this way, with tourist guides to each location. The passion that drives us was explained pretty well in this Folklore Thursday feature, and on www.TalesofBritain.com. 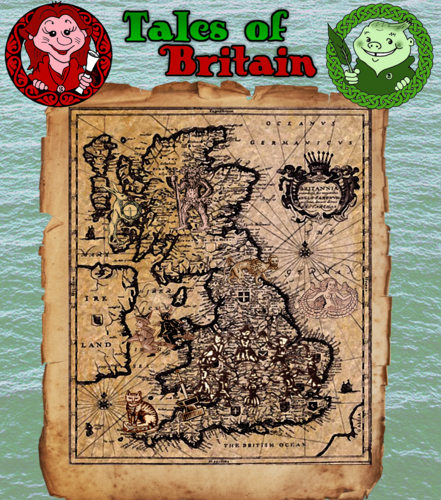 Launching pledges at Glastonbury in June 2017, and delivering the manuscript on Halloween, we were informed at one point that this book should be released in spring 2018 – the unlikelihood of this was tangible at the time, but we went along with it, knowing that my other Unbound book, the official Fry & Laurie biography Soupy Twists, was a definite for the end of summer, delayed by a whole year. Despite a crowdfunding campaign which caused such stress it was a serious health hazard (seriously, everyone who got a DM of any kind, it was one of the most painful times ever, so thank you to the tiny minority who then pledged for the book), and despite the patronage of our wonderful supporters including Cerys Matthews, Sir Tony Robinson, Francis Pryor, Neils Innes and Gaiman, Brian Blessed and many more of the wonderful people below… by the end of the year, after five months, we were still way off the target, and so Unbound moved our book to the cheaper Digital option, as detailed HERE.

The lack of a release date has been tricky, as the release of Tales of Britain needed, and still needs, storytelling events all over the UK to accompany its release, and so far this year I've performed tales in Bath, Bodmin and Ludlow.

Incidentally – ADVERTISING BREAK! Come to see us kick off the Bath Folk Festival for a special folktale request show on Saturday 11 August at 3pm! Or come up to Edinburgh to see our first ever Scottish show at the Waverley Bar on Thursday 23 August at 1pm! Shows in Cardiff, London (and anywhere you like, if you want to invite us!) will follow before Yule. Just try us.

Of course, nothing like a Spring release has happened, and right now, the first styled-up manuscript is currently back with us for checking. We're sorry to say it is currently only the most basic text. The 77 tales are intact, and we're really proud of them, every word shines and we know you'll love them, both read alone and shared aloud. But when we agreed to the reduced Digital release, we were aware this meant the book would not be stocked in WH Smiths or Waterstones, and would only come out in paperback (which we preferred) and ebook... what we weren't told was that there would also be minimal visual element, and we have worked so hard to provide useable art, saving budget by doing it all ourselves. But as you can see from this Art blog, we had great hopes for illustrations and visual elements aplenty.

As we're presuming most of this work won't see the light of day any time soon, we'l share a little with you. PLEASE note, this is not offered as 'finished art', the hope was that these rough designs would be reworked by more talented book designers, but it seems our budget does not stretch that far. There's a tiny chance we might be able to change the publisher's mind on this, though, with enough support... 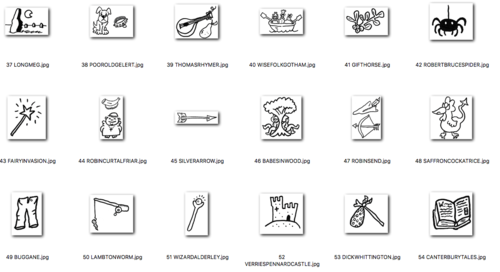 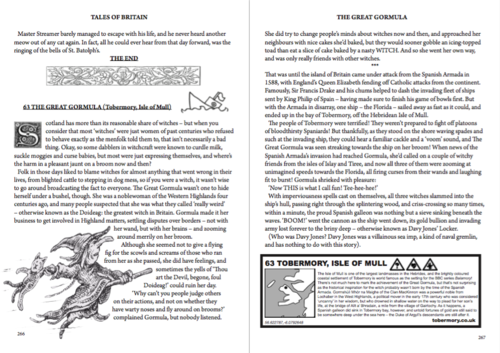 So this is the battle we face right now, after 14 years of dreaming of this book – and also partly why we have striven to keep asking those of you who haven't pre-ordered to do so, as the bigger a group of pledgers we have, the stronger our position is when trying to fight for a more opulent release for this first edition. Tales of Britain is a campaign which has only just started, and will continue far beyond this first release – further volumes, audiobook releases, live shows, tales from further afield, you name it, we're here to stay as a permanent line in 21st century folklore. So this is only the beginning. But right now, we're doing all we can to make it an auspicious beginning, and to make for you the book we all want so badly.

So we hope you're sitting comfortably. 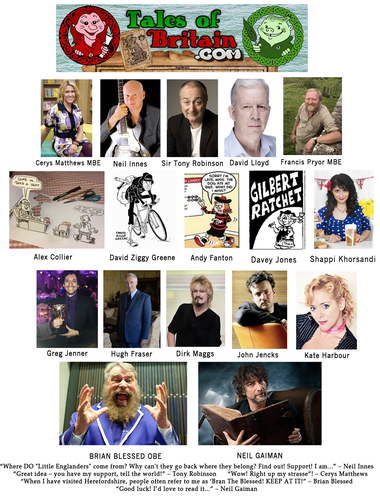