It's a BODY themed Folklore Thursday! If only we hadn't used up the far more pleasurable connotation of the theme by blogging about Lady Godiva several weeks ago, we could avoid this nastiness. But as it is, let's delve into the body-horror of SIGURD'S HOWE... 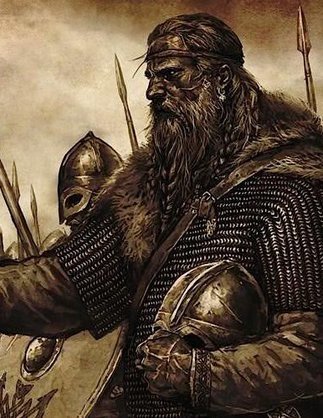 A violent and nasty tale from the north Scottish coast and Orkney, this story is anchored in the titular Sigurd's Howe – a burial chamber associated with the frankly horrible 9th century Scandinavian SOD Sigurd Eysteinsson, which, our investigations tell us, is not even available to the public, sadly. 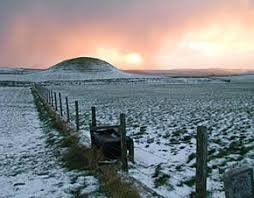 But despite the less than ideal location for tourists, we couldn't resist this macabre yarn. To summarise, we may as well quote directly from Wikipedia:

His death was said to have been caused by the severed head of Máel Brigte, whom Sigurd defeated in battle. As he rode a horse with Máel Brigte's head attached to his saddle as a trophy, one of Máel Brigte's teeth grazed against Sigurd's leg. The wound became infected, later causing Sigurd's death.

...Though we're confident that our retelling is well worth the reading, even given this massive spoiler. We see the poor Scotsman as the victim of quite terrible bullying from the greedy Vikings, and this as a story of REVENGE OF THE GEEKS... albeit, only a posthumous victory for the poor loser who had his head chopped off.

We've spoken in the past about how Brother Bernard's retellings are heavily influenced by the combination of comedy and action seen in Tony Robinson's retellings of Theseus and Odysseus, and we feel that nowhere is that more in evidence than in this brutish British tale. How could anyone tell such a revolting, sick story without finding it hilariously funny? We hope readers feel for the poor weakling Mael Brigte as we do, and cheer as loudly as us when his revenge comes from beyond the grave. 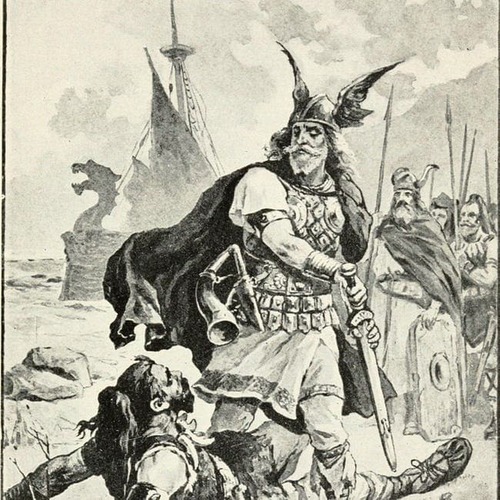 We've written a fair bit here about Tales of Britain's SUITABILITY FOR MINORS, and have no reservation in saying that this story of severed heads nibbling the butts of their murderers until they die of gangrene is ABSOLUTELY LOVELY for kids of pretty much any age. This is of course academic, as we are not allowed to in any way market this book as being for children – we just know that children will read it and love it, just as we read and loved many a book packed with dark and twisted legends when we were tiny. Nobody bothered wrapping young readers in cotton wool in those days. 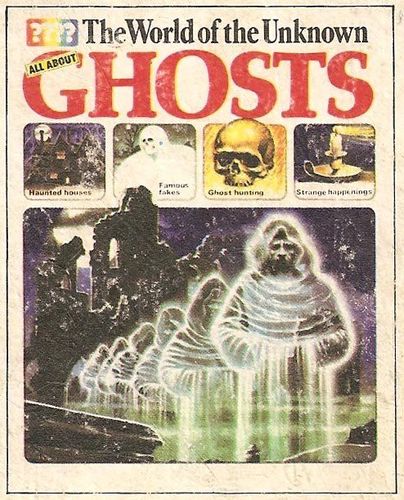 Remember being a kid and reading books on ghosts and monsters, filled with photos of phantoms and stories of how they died, and all those photographs of spontaneous combustion victims, single charred legs by fireplaces in a mound of ash? That's what we were reading when we were tiny, and they weren't folktales at over 1,000 years remove, these were TRUE STORIES (as far as we were concerned) about death and hauntings all around us right now, with PHOTOGRAPHS! This was allowed. And yet, in 2018, no book for children gets published unless it ticks every small-minded box and has every potentially interesting corner knocked off it, so it can be targeted ruthlessly at the exact area of the market publishers want to exploit.

And so, tales like Sigurd's Howe – or, far more likely, anything involving the slightest suggestion of bawdiness, sex being seen as far more dangerous than violence – make it impossible for us to in any way acknowledge that this book is for children. But all we can do is make this book and put it out there, and hope it's enjoyed by EVERYONE, of any age, readers who love Britain and its treasury of tales, sick, sexy, and scary alike.

Some folk out there might have a problem with this, but... we have no shame... we're really going to end this blog like this... don't lose your head. 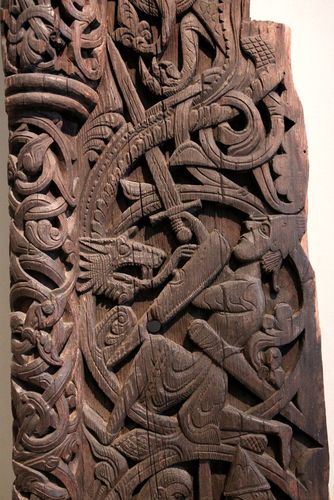