MWAH-HA-HA-HAAAA! SAMHAIN APPROACHETH, LOYAL PLEDGERS! Here's wishing you a very Happy Halloween from Brother Bernard, Sister Sal and all at Tales of Britain!

If you have the slightest chance of making it to Somerset on Saturday afternoon, seek out the RING O'BELLS in Widcombe, five minutes' walk from Bath Spa train station, where we'll be performing a whole hour of spooky stories as part of our very first Halloween-themed show – with big news about our Yuletide shows in the offing! 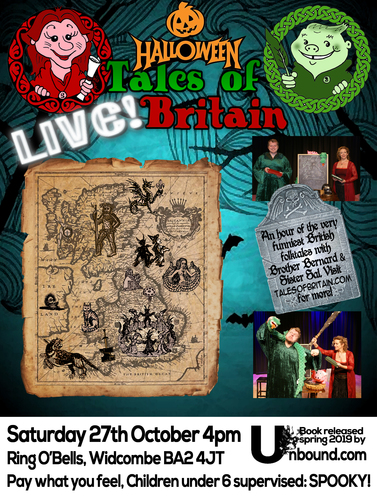 Normally we like to keep details of the tales we're telling secret until the show itself, but as most of you are unlikely to attend – especially those in Australia, you lazy gets – we thought we'd use this blog to take a quick look at the chosen FOUR KINGDOMS OF HORROR, whose legends we will be rebooting at 4pm on Saturday, even though we have blogged about them before... 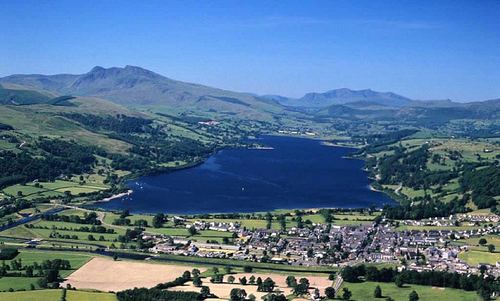 VENGEANCE WILL COME
From Bala in North Wales, we'll be giving our rendition of the tale of the flooding of Llyn Tegid – in truth, we have adapted this nasty story for both Xmas and the Bath Comedy Festival in the past, as we just enjoy it too much, and it gives us a chance to offer round a great big pie filled with sweeties! But it's certainly very nasty, and loads of folk die in it. 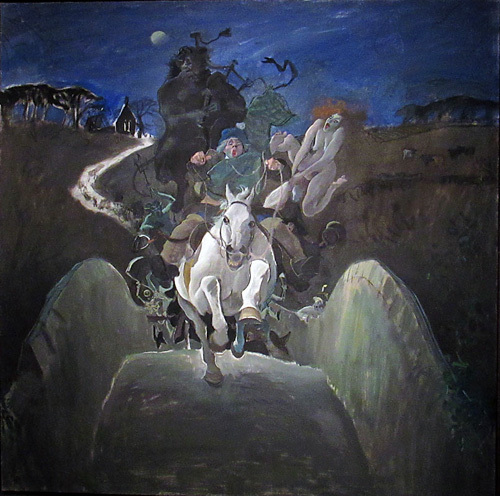 TAM O'SHANTER
Heading north of the border gives us our first ever performance of Rabby Burns' semi-true tale of the drunken Scotsman whose journey home across the Bridge O'Doon becomes a terrifying race for his life against a gang of outraged vicious witches! Cackling and spellcasting galore! 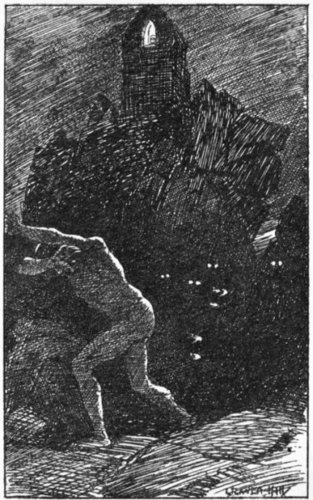 THE EXORCISM OF JAN TREGEAGLE
Finally we head down to Kernow, one of our newest tales – written only this summer in Bodmin, when our book manuscript was formally delivered to Unbound almost exactly one year ago, on Halloween 2017 (yes, that is a long time for post-production, we can only apologise to impatient pledgers, we've heard nothing from Unbound for months now, but we hope beyond hope that when they do get back in touch, it will be with a really well-designed manuscript at last, worth waiting for). Retold as a kind of 17th century Ghostbusters, Jan Tregeagle's haunting legend is a fresh and chilling note for us to end on...

BLACK VAUGHAN
But, keen-brained as you all are, you will have noted that that is only three stories, and England has been left out all together! That's because I was in no doubt whatsoever that one of the very first blogs ever written here was on the macabre Herefordshire tale of BLACK VAUGHAN, the shapeshifting spectre of Kington! And blow us up, down and across if on double-checking, it turns out that we never wrote any such blog in the first place! 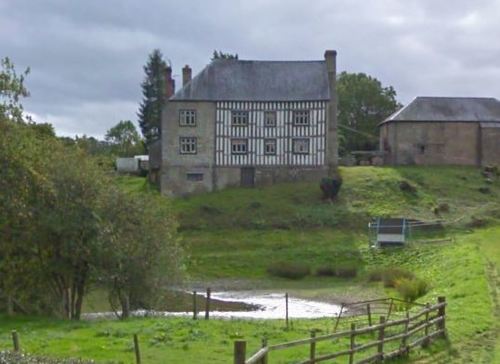 This seems especially surprising, as Black Vaughan's tale is one of the few which was already well ingrained into my psyche from a young age – when I was around 14, my brother appeared in a Ludlow College adaptation of the legend, playing the hero, a drunken monk, as directed by our wonderful Theatre Studies teacher, an inspirational figure sadly no long with us, Ilid Landry. Ludlow being in South Shropshire, Black Vaughan's North Herefordshire setting was positively a walkable distance. 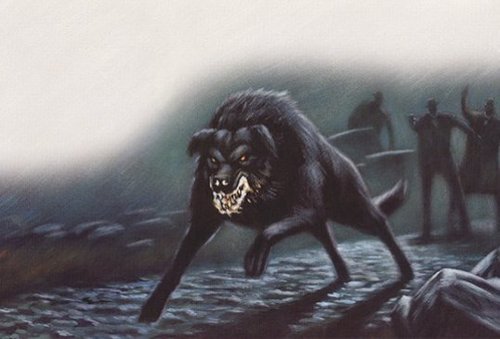 The tale concerns a vicious aristocrat from the 15th century, Thomas Vaughan, who was killed during the Wars of the Roses, and is buried at St. Mary's church, Kington, where his effigy can still be found – not far from his home at Hergest Court. So despised was this dark nob, however, that local lore would not let him rest, but brought him back in the form of a gigantic slavering big black ghost dog (yes, another one of those), and also, as his wicked powers allowed him to take many forms, a nasty black fly who buzzed horses and got up everybody's nose, and worst of all, a mighty, big black EVIL BULL who galloped into the church intending to gore all who got in his way... until a wily challenge from the aforementioned tiddly monk finally laid him to rest, at the bottom of Hergest pool, where his spirit is still imprisoned to this day. 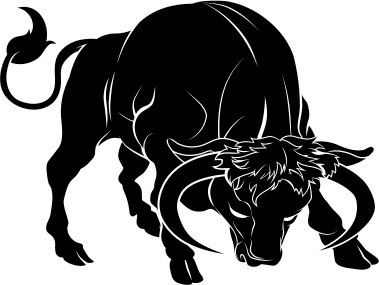 Although the tale is packed with familiar tropes, Black Vaughan is right up there with Black Shuck as one of our greatest ghost hounds, and is considered a key inspiration for Arthur Conan Doyle's Hound of the Baskervilles – a Halloween favourite if ever there was one.

And so this gory, haunting story will be the first tale with which we kick off our show in Bath this Saturday – we hope to see you there, and if not – WE'LL SET THE DOG ON YOU! 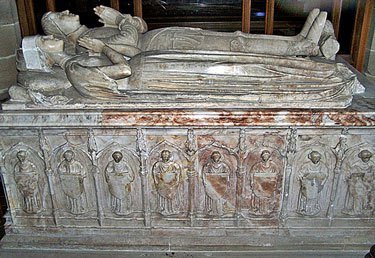