Happy Folklore Thursday, all! This is a novelty – an emergency blog! A few gremlins to battle behind the scenes before we make our yuletide announcement. But as today's #FolkloreThursday theme is Urban Myths, nothing fits the bill better than one of Britain's most famous 'monsters' – BLACK SHUCK. 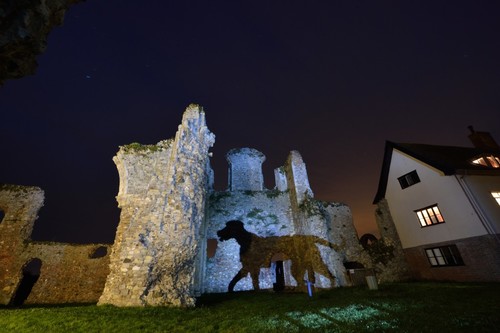 We explicitly state in our pitch that one of the problems with British folklore books is the sheer tiresome repetition, lame saint narratives, dull ghost stories, and 'big black ghost dogs with eyes like saucers' is one of the most unoriginal of them all – but Shuck is the paragon of those ghostly kennels, and it would be unforgivable not to feature the mysterious mutt in our pages. Although we're glad to say our Black Shuck story (there really isn't much of an established 'story' as such) takes some interesting diversions, to lift it from the tangle of similar urban myths. 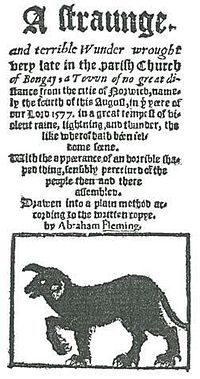 The urban areas where Shuck is said to haunt are primarily Bungay and Blythburgh, in the mystical far east of Suffolk, and the basic legend can easily be laughed out of court – in 1577, an electrical storm caused a fire in a church, and of course to Christians of the 16th century, nothing explained gigantic fire-causing lightning bolts as satisfactorily as a big black devil dog. Blythburgh's Holy Trinity church even boasts Shuck's fiery paw prints on its door! 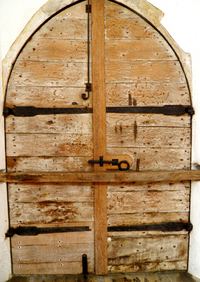 Reports of Black Shuck sightings, however, have taken many forms, both malevolent and benevolent, and we're keeping it a secret for now which path we've chosen for our narrative, but hopefully very soon you can judge for yourself whether this is an urban myth which still has a life of its own in the 21st century...

PLEASE keep your pledges coming in! Just choose an option from the list on your right! 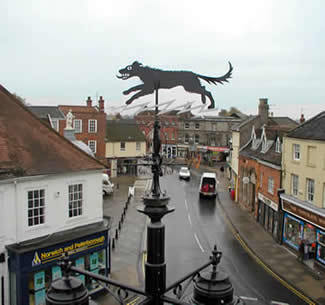