NOTE TO ALL FOLKTALE LOVERS – we've messaged all social media followers individually, but despite that, we have only 275 pledges from nearly 2,000 followers, which seems a bit of a discrepancy. We have exciting news imminent, but we hope to see a boost soon anyway. Have you pre-ordered? Have you told friends? We need to pull together to really get this crucial campaign spread further. Please help today! Now read on...

Another Folklore Thursday, another theme – and we were tremulous to learn that it's 'SUPERSTITIONS' this week, as that's one of the many problems with the way folk see folklore, which irked us enough to launch this campaign in the first place! When trying to track down really entertaining tales with a beginning, a middle and an end, stories which deserve to be better known, the sheer weight of TOT we've had to comb through to find them – a haze of 'In Lincolnshire, 'tis said that cleaning your teeth on a Thursday with a hedgehog will reveal to you the name of your third husband on a lilypad in the local fishpond' or some such bilge. Yes, these old superstitions can be fun, but scrapping all that non-narrative old wives' (and husbands, let's not genderise) tales stuff is central to what we're about here, clearing the dead wood to reveal the quality tales anew.

That said, a number of the 77 tales on our British roadmap are of course steeped in different superstitions, and we're going with the oddest, nastiest one of all – BEWARE THE CAT! 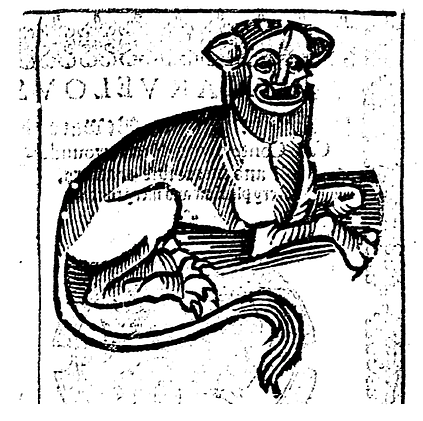 If you haven't heard of this seminal doggerel before, it's a mid-16th century narrative with claims to being the very first HORROR NOVEL of all time! The plot goes on to feature a whole host of murderous moggies, were-cats and the like, but our retelling only takes the prologue of the novel – which is bad enough – and works it into a disgusting shape of its own. Much of the original work is narrated by one 'Master Streamer', at the court of young Edward VI, who has learned how to talk the cat language. This is where the superstition comes in – he reads in an ancient book that it is possible to decipher cat's vocalisations, but only if you EAT AN ENTIRE CAT and wear its pelt. And so, yes, he does – he grabs one poor feral cat, and forces every last morsel of edible matter into himself in truly gut-churning ways (with the bizarre added observation that the experience causes floods of mucus to pour from his sinuses). So it's cat murder, bogeys and the kind of meal that would cause any cat lover to die of terror – and then you can talk with any puss that comes your way. Allegedly. 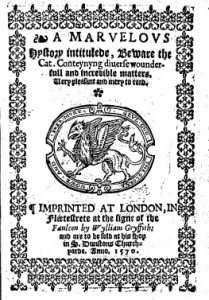 We sincerely hope nobody who buys our book will try to test this superstition, obviously – and this tale has an unusual tourist guide attached to it, unless anyone out there has a hankering for a holiday in West London. Streamer lives at the King's Court, and though Edward VI was born at Hampton Court, west of London, and died at Greenwich, to the east, this long-gone court must have been somewhere within easy reach of the unassuming environs of St. John's Wood, because it was in that very wood that Streamer found and caught the poor unfortunate cat for his supper. There's not much of a wood there these days, and no feral cats, and it's hard to recommend for a weekend break. Also key to the story – for reasons you'll have to wait for the book to discover – is the church of St. Batolph's, and its clanging bells. 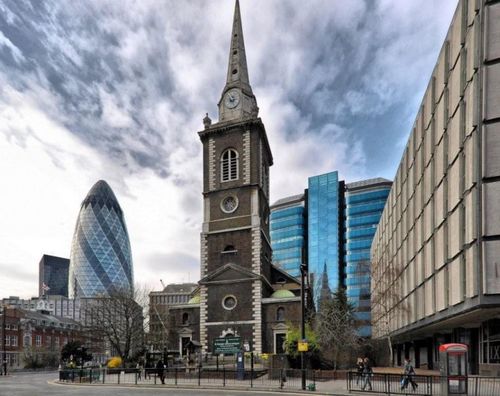 This church, a quick skip over the road from the Gherkin, is only a few centuries old, but it does mark the spot of a much older St. Batolph's, Aldgate, which seems the closest historically to the belltower which gave Streamer his comeuppance, after all that cat cruelty.

Fear not, cat lovers, the moggies do of course get their own back... 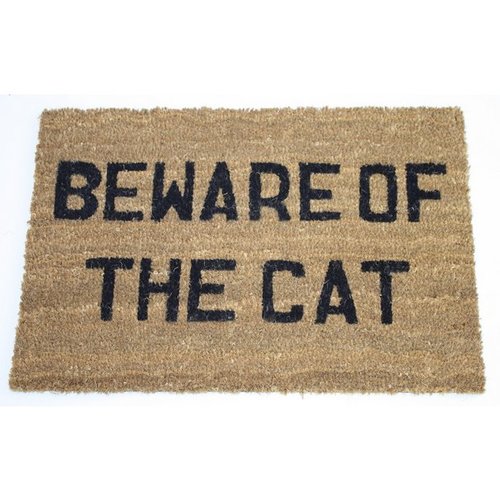