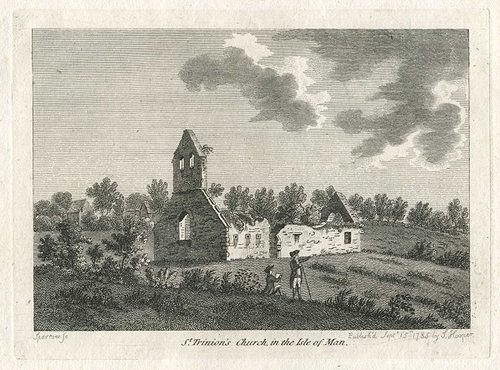 Happy and indeed proud Folklore Thursday to one and all this week of #Pride – and good one to the FT gang for recognising it in this week's theme!

You may have picked up by now that – besides having a laugh and promoting tourism to each story's location – a crucial part of our Tales of Britain campaign is the long overdue de-toxifying of our national folklore, examining what makes our best stories tick, going back to each tale's roots, and scraping off the centuries of religious bigotry, racism and misogyny and so on. In spirit, of course this also extends to promoting tales which are inclusive of different sexualities and non-binary genders as well.

We were very excited by the folktale of a particular saint who was able to change gender – but saint stories were something we were keen to downplay, and then we realised that legend was Irish anyway, so inapplicable (However, we were told the tale by someone we've lost contact with and have failed to identify it, who was this gender-defying Irish saint? If you know, please tell us! bernard@talesofbritain.com).

Our keenness to reflect diveristy as much as possible in our 77 stories doesn't mean that any LGBTQ+ elements have been blatantly imposed on existing legends (although there may be plenty fo folk out there who think they should have been), because that would be frankly obnoxious, adding new layers of distortion to our national story treasury, and would also incite exactly the kind of 'political correctness gone mad!' hysteria barfed out by bigots in our society, to whom none of us want to give the slightest ammo. 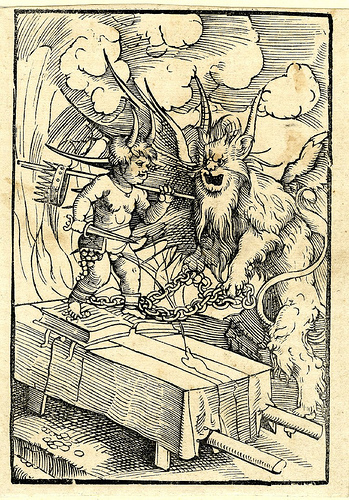 Nothing whatever to do with the vintage schoolgirl comedy franchise, St. Trinians is a ruined church on the mystical Manx isle which is plopped in the cold sea, surrounded by Ireland, Scotland, Wales and North-West England. Like around 85% of all British churches built before the Renaissance, it was said that building the church at the foot of Mount Greeba was made near-impossible by the pestering of Forces of Evil! Where this old chestnut usually involves Satan carrying away the foundation stone or similar, they do things differently on the Isle of Man – and this church was beseiged by THE BUGGANE. 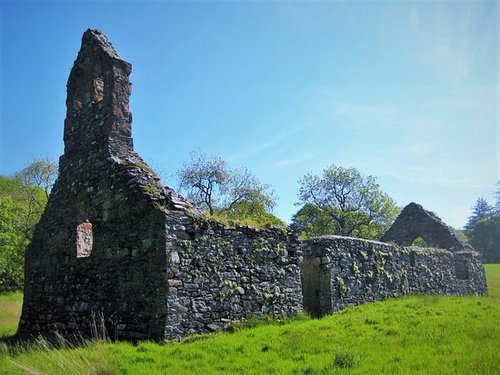 In monster terms, The Buggane really is an absolute mess. A search shows some cryptozoologists trying to sum the creature up as 'a kind of giant mole', but it seems more like a kind of Frankenstein creation – several storeys high, covered in thick yak-like hair, and so festooned with claws, horns and tusks that it can only lope along awkwardly. But it can also speak, and kill slow humans very effectively – and it was said that St. Trinians had to be rebuilt three times due to his vandalism. The second each last slate went on the roof, along he would come, tear it off, scoff a few choir singers, and return to his cave.

But then, as the poor git's cave had been there for countless centuries, until along came all these little pink people RINGING BELLS EVERY SUNDAY MORNING right outside his nice cave, you can hardly blame the poor man-eating mess of a monster.

Anyway, we don't wish to spoil the tale as per usual, but the Buggane met his match when he clashed with a simple young tailor from the parish of Marown called Timothy. Timothy was wagered by the locals that he could not vanquish the mighty brute, but he swore to do not only that, but sew together a pair of trousers as he did so! With the help of his self-designed trousers, which allowed him to outrun anything, let alone the hulking great Buggane, he finally saved St. Trinians from vandalism for the final time, and made himself a bit of money into the bargain. There are many different tellings of this tale, even one from the famed and rather wet poet Gerard Manley-Hopkins – and the nearby pub is still proud of Timothy's needlework according to this version – but one retelling of the legend we found suggested that Timothy wanted the money to be able to marry his true love, who remains off-stage throughout the story.

So we tell the tale of a young tailor alienated by his community, and in love with an unseen partner – and leave it at that. There's no need to make the gender of Timothy's partner explicit, if you think he's marrying a pretty hetero lass, then historically that seems fair enough. If you wish to see this story as a triumph of same-sex love, that works every bit as well. It's not at all the point of the story, the fresh take just gives it an extra layer of relevancy, of interest, of humanity. And once again, shows that heroes are not all bull-necked heteronormative galoots. 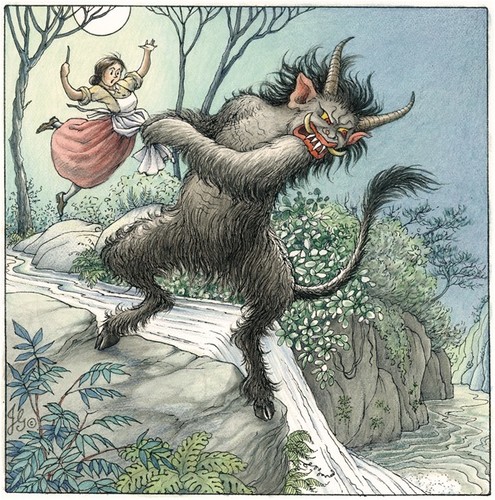 We repeat, the gender of this unseen partner of our hero is unmentioned, and left entirely up to the reader's imagination. And if any Manx homophobes out there are outraged, crying 'Why is our only tale the one with potential LGBTQ+ relevance?' then you can be reassured, it is all in your own mind. Although we have to admit, the fact that the Isle of Man only legalised homosexuality in 1992 and same-sex marriage a couple of years ago, does add a layer of irony which honestly only struck us during the writing of this blog.

Tales of Britain is for everyone, and we wish a very happy Pride week to story-lovers of all genders and sexualities. Though particularly those who have already pre-ordered the book! If that's not you, put on your go-faster trousers now and get busy! 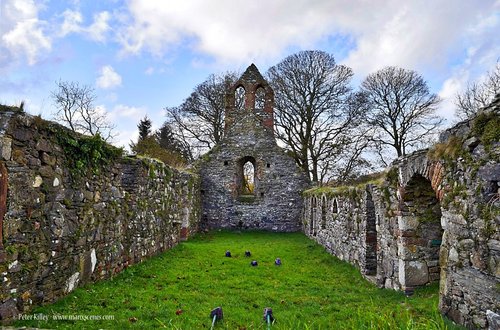