Actually, after last week's treatise on the real basis of legends, with KING LEIR, sadly this week we have to face up to a bit of relatively recent myth-making, when it comes to the tragic story of the Welsh Prince Llewelyn, and his trusty dog, Gelert. 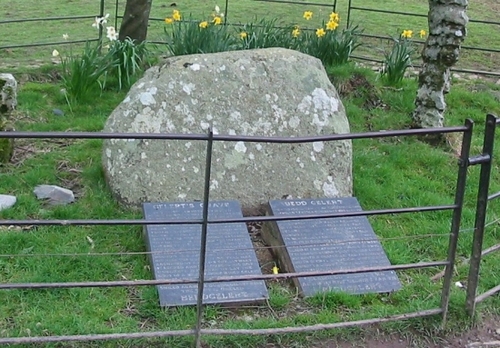 This is a particularly sad admission for me to make, as when I was around 10 my family visited the Snowdonia area (all holidays were in Wales in those days) and we had our photograph taken right here, by Gelert's grave... it may well be that standing at the site of such an inspiring folktale planted a seed or two right there and then... but there's no denying the likelihood that this stone does NOT mark the burial place of the tear-jerkingly misunderstood hound, but the site where an 18th century landlord decided to drum up more trade by creating a shrine, attached to a dubiously historical rumour.

Presumably you're familiar with the bare bones of the tale – the Prince leaves his beloved dog guarding his young son as he travels to England, but on his return the baby is missing, his cot overturned, and Gelert is badged with blood. Llewelyn reacts immediately, assuming his old pal has savaged his son, and runs him through with a sword – just as the baby's cries make it clear what really happened. A wolf attacked the crib, and was fought and killed by the brave Gelert, who safely hid the baby away, and emerged covered in the wolf's blood. I remember being heartbroken by the tale as a child, and its tragic power still works now – and hopefully will have many readers reaching for hankies in our own fresh retelling. 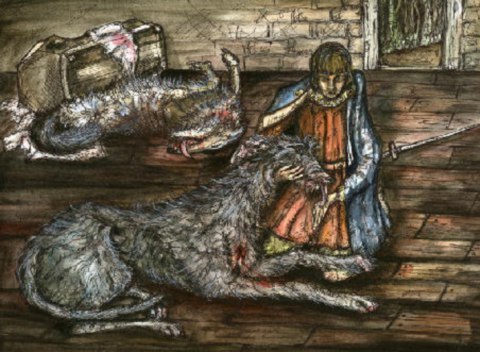 Just because Gelert's grave is a mock-up, however, that's no reason at all to deny any possible truth to the story itself, as a private tragedy in Llewelyn's life. Some folklorists dismiss the tale because there are precedents, similar yarns of faithful pets being wrongly punished... but all I can say about that school of thought, is woebetide any historians 1,000 years hence who try to research the assassination of President Kennedy, because presumably the fact that another American President was assassinated in the 1800s will preclude any possibility of Kennedy being a real historical figure. Sometimes human behaviour repeats itself, and it seems odd that a completely false legend would attach itself to the life of Llewelyn and his dog. Even if his memorial is a commecial ploy.

Any animal lover will be well within their rights to shed a tear for the poor maligned pooch when they visit the area that seems to (but actually doesn't) bear his name. A devotion to cats and dogs is undeniably a crucial part of the British psychological make-up, and it's not surprising that a story like this would resonate for so many centuries. True or not, Gelert's tale reminds us all to think before we act, and to trust those who have always been faithful to us.

You can trust us, too – these 77 tales, and the tourist guides to each setting, will be with you before 2018 is too old, and we have faith that you will love every last one of them. Keep spreading the word, we're getting closer every Folklore Thursday! 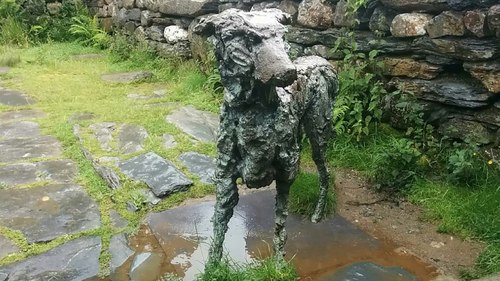