A happy 'Hearth & Home' Folklore Thursday to all! 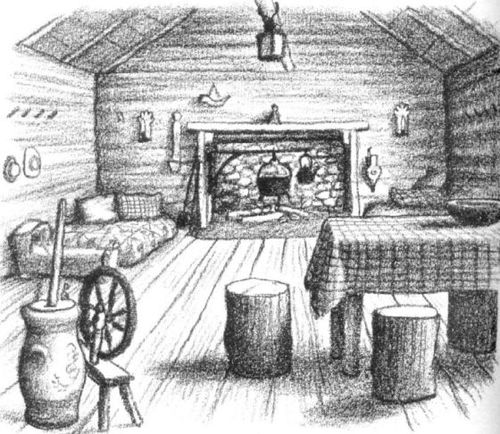 This is our 43rd update since we launched last June – a trifle early, due to hoping to attract Glasto punters – and with 77 tales in our collection, we wonder how long we can keep this up, with fresh tales every week tying in to @FolkloreThurs' changing themes. In particular, we were hoping that the 77 tales would deliver a fair few lovely surprises when the book was finally in the hands of each pledger – but surprises are harder to keep secret after 42 blogs.

When will Tales of Britain be with you, and in shops? It's painful to admit, we have no clues about this – the manuscript was delivered Halloween 2017, and we once believed it would be a 'Spring' release, but at the current speed of production, that would be more likely spring 2019. We sincerely hope it won't be that far away – not least as that would require another 50 or so blogs. While we're waiting to discover what Unbound's plans are, we're also somehow trying to arrange the launch publicity – storytelling book events in Scotland, Wales, Cornwall and England – when we don't know when the books will be available for them. It's all highly confusing and difficult, but of course we will keep you updated when we find out more about the situation...

For now, let's get on with giving away the lovely surprises... not least of which, in our opinion, is THE THREE LITTLE PIGS! 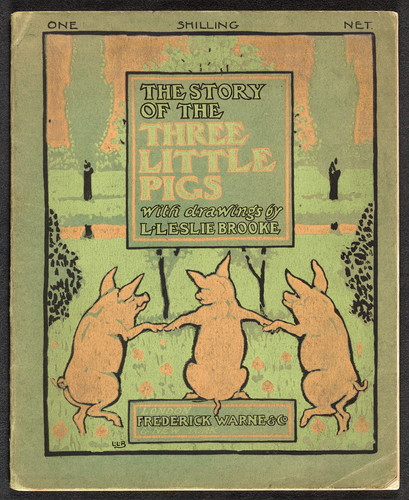 Yes, you could have huffed and puffed and blown us down when we realised that Britain could happily lay claim to this world-famous fairy tale. Okay, so some professional professor of Folklore Studies out there may already be grumbling "But this is a tale of the B-36.3-slash-14 kind, 'animal trio in danger', with examples listed in every culture" – to which we naturally blow a merry raspberry. Because the earliest version of this specific story that we could locate – albeit, only traced back to the late 19th century – was not only British, it was very different to the story we all know so well... and it was based quite firmly on THE ISLE OF WIGHT! 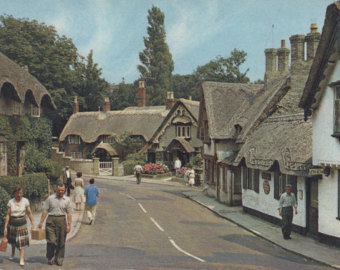 Specifically, the pretty seaside destination of Shanklin (site of a memorable and crazy-golf-packed holiday at the age of 10) played a key role in the oldest extant version of The Three Little Pigs.

We shouldn't need to underline the 'Hearth and Home' element of the tale – it's all about using your brains, choosing the right building materials to build your home, and ultimately boiling your enemy in a stew on the fireplace – but there's so much more to this story than we ever thought.

In fact, our search began with The Isle of Wight – we couldn't identify any really good standalone unique folktales which came from the island at all, even after putting out requests on Twitter, and were just beginning to lose hope of ever placing an X on our British map there... when we read the original telling of this piggy tale, and discovered the whole forgotten subplot of Pig Number 3 and The Big Bad Wolf, at Shanklin Fair! 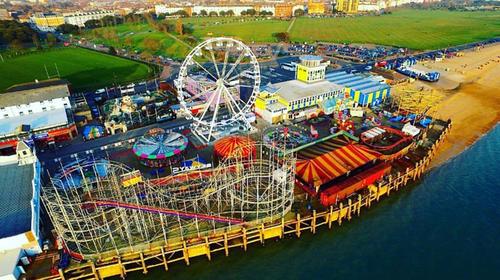 With both older siblings already digesting within the wolf's belly, the third Little Pig, rather than immediately luring their attacker down the chimney and into the pot as in the version of the story that we all know so well, was led on a series of merry chases by the stupid wolf, culminating in an invitation to Shanklin Fair. The original tellings of the tale seem to be a kind of Brer Rabbit and Brer Wolf – or, if you prefer, Bugs Bunny and Elmer Fudd – situation, with the wily prey always outfoxing the villainous hunter. In the Victorian retelling we found, the Pig waited until the Big Bad Wolf was in the right place at the fair, and then climbed into a butter churn at the top of a hill, and rolled all the way down until SMASHING into the hapless baddie, and escaping back to his brick house.

We can see why the story has been streamlined over the years – and we wanted to keep our own version relatively snappy, and so have simplified the Shanklin Fair stuff to just dialogue – but it's a shame that the Wight Islanders don't celebrate their ownership of the beloved porky yarn more.

Maybe some folklore experts out there consider the Wight connection common knowledge, and The Three Little Pigs is a regular entry in English Folktale collections, but its provenance seems to come as a surprise to many, and we're really proud and pleased to get this chance to celebrate one of Britain's most world famous stories for a new generation – by, of course, the hairs of our chinny-chin-chin. One of the world's favourite stories, and entirely home-grown. 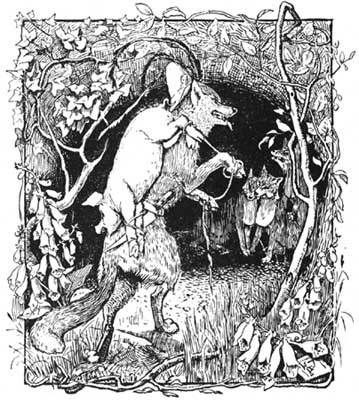