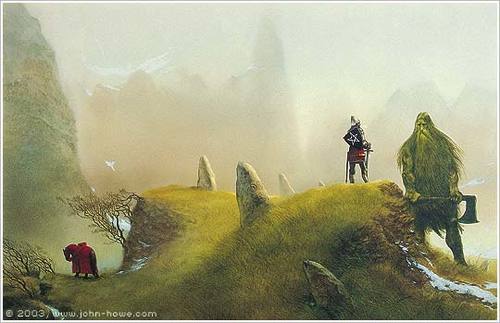 We’re very glad to see that this week’s theme is WORK because what could be harder WORK than being a Knight? What’s the worst job you ever had? Did it involve slaying dragons, or indeed having your head cut off? No, well, there we are then. Hardest job in the world, gallant Knight.

Okay, most tangential theming ever, we know, but the truth is we couldn’t hold out any longer on singling out GAWAIN AND THE GREEN KNIGHT as our tale of the week – as the action takes place over two New Year’s Eves, we should have blogged about it last week really, and now we’ve seen the brand new Adventure Time episode SEVENTEEN, based on the legend, we can’t hold it in any longer! 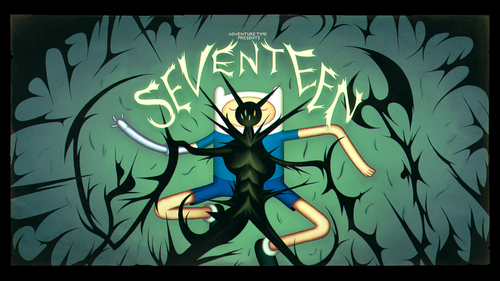 The Arthurian New Year tale of Gawain & The Green Knight needs little summarising – but anyway, the giant leafy antagonist shows up in Camelot in the middle of the festive festivities, and challenges Gawain to a head-cutting-off competition, which he honours a year later, travelling to the Green Knight's glade, which legendarily, and in our version, is reputed to be Lud's Church, near Leek in Staffordshire. Oh, and before the showdown, Gawain carefully avoids having his chivalry eroded by the temptations of his hostess in Castle Hautdessert, Lady Bertilak, in full Michael-Palin-and-Carol-Cleveland mode... 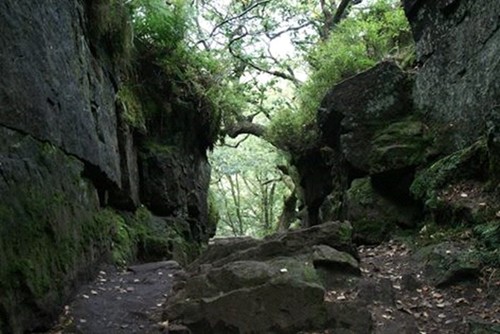 In the Adventure Time extrapolation Seventeen, Finn's birthday is spoiled by the arrival of a mighty green knight who gives him a bloody challenge... and who turns out to be a very famiuliar foe to fans of the show.

We were particularly pleased to see Adventure Time reference this Arthurian yarn, as its own line-treading between kid’s show and mind-blowing art and frankly filthy comedy is something we can definitely identify with – and especially when it comes to the Gawain legend, which is a tough one to retell, for younger readers/listeners, being heavily concerned with adulterous sexual temptation. They skipped that in Adventure Time (no Lumpy Space Princess shenanigans), but we won't.

The division between sex, and violence, and scatology is odd. Of course a hero can slice up any number of foes with a sword, and that’s all gravy for the little ones, but bawdy matters? The pursed lips seem to hover closer in the air.

However, we’re not bowdlerising our national treasury for anyone – have no fear, mermaids will still lure sailors with their fishy charms, Godiva will still be starkers, Guinevere will still lie with Lancelot: our mythology is steeped in how’s-your-dad, as it is with violence, and a certain degree of poo, too. There's no reason why any of these themes should prevent our tales from being shared with the whole family, no matter what their age. We'll make it clear if a tale is too scary for toddlers though... 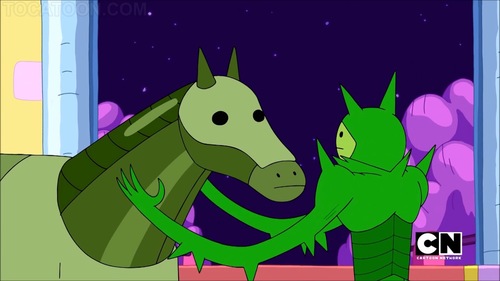 Adventure Time has been brilliant at bridging the gap between adult weirdness and children’s fantasy, and it’s truly heartbreaking that the show is now rolling out its final episodes. The fact that one of them is devoted to a British folktale just shows all the more what a spectacular work of art Adventure Time is, definitely an inspiration for Tales of Britain’s style, and if we could find an illustrator with half of the simple charm of Pendleton Ward’s creations, that would be perfect. It's not melodramatic to suggest that the world of Ooo is the single greatest artistic achievement of this century so far, and we'll miss it dearly. 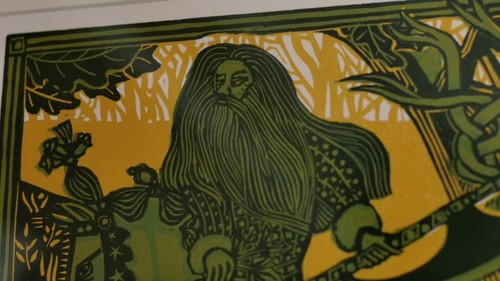 Oh, and it would be most remiss to blog about Gawain & The Green Knight without mentioning our sister book my Michael Smith, also fully funded, HERE. We have 77 tales in our collection, but this art-focused title is a lavish reimagination of this one key, fondly remembered British story  – a tale of rebirth, new beginnings, deep snow, tempting naughtiness, trust, and honour.

And whether in our retelling, in Smith's book, or in a US cartoon, it’s a story that is very much still alive.

PRE-ORDER TALES OF BRITAIN BY CLICKING AN OPTION ON THE RIGHT IF YOU’VE NOT!

EDIT: We've just been alerted to a reading of Tolkien's retelling of Gawain & The Green Knight read by our hero, Terry Jones. We'll have more to say about that great storyteller soon...
https://audioboom.com/posts/1909982-sir-gawain-and-the-green-knight-with-pearl-and-sir-orfeo-translated-by-j-r-r-tolkien-read-by-terry-jones