Well, there we are then, absolute confirmation, that TALES OF BRITAIN is now marching towards your homes as we speak – Xmas downtime aside. And as originally promised, we did actually hit 42% as well!

The above isn't strictly true, the manuscript was delivered on Halloween, and we're hoping for a late spring/early summer release. That's a very quick turnaround, and we have yet to decide anything about illustrations (budget allowing), but the feeling seems to be 'Just give us the 77 tales!' and we could not agree more.

If that wasn't pleasing enough, our YULE TALES OF BRITAIN show was our most successful yet, with something to actually divvy up at the end of the jovial proceedings! We did film it, but the footage is unlikely to surface before Xmas itself, so we'll see what can be shared.

Above all, in 2018 the challenge will be to spread word about TOB – you can assume a publicity budget of £0, and all plugging will almost be a one-man stress machine. But we have wonderful storytelling shows for you, both with Brother Bernard alone and, expenses permitting, with Sister Sal – so PLEASE, if you know of any opportunity to stage TALES OF BRITAIN events at any literary, children's, folkie, or indeed any kind of festival, fete, or party, any library, any bookshop, anywhere on the island of Britain... please get in touch, as we can only arrange so much ourselves, and your invitations will mean the world to us. All we'd need is travel expenses...

Anyway, this will be the last blog of the tumultuous year of 2017 (travelling back from the Welsh marches a week today), so there's no need to let standards drop and not give you a special tie-in tale for the day, even if Unbound and Folklore Thursday are offline. So here's the original version, as told by Rab Burns and his sister Isabella, of the second tale from our live show, THE MARRIAGE OF ROBIN REDBREAST: 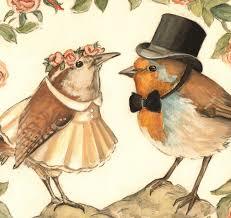 Did you get all that? If not, in a few months you'll have our own retelling in more familiar English words. Of course, it's fair to say this story never actually happened, but Burns' Ayrshire in the snow is gorgeous enough to convince you that maybe, one century long ago, a Scottish King did get married on Christmas Day, and a certain red-breasted bird really was guest of honour... 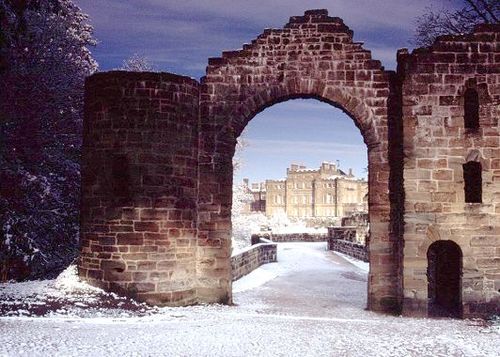 If you missed our free exclusive Yule tale this year, HERE IT IS again, enjoy, have a glorious Mithras/Xmas/Yule/Solstice, and we'll see you in 2018, with a really really great book.

Hi Jem, many congrats on the funding. Maybe you could consider contacting the Chepstow Festival (http://chepstowfestival.co.uk.websitebuilder.prositehosting.co.uk/) about a performance in summer 2018? It's a perfect fit for the programme of events and I'm sure they'd pay at least expenses?

Should add that most of the shows take place within Chepstow Castle grounds. Caldicot Castle down the road also has similar - though not as large scale events - and may also be worth a shout.