‘Being bored at school is just the worst – especially when you skipped breakfast.’ 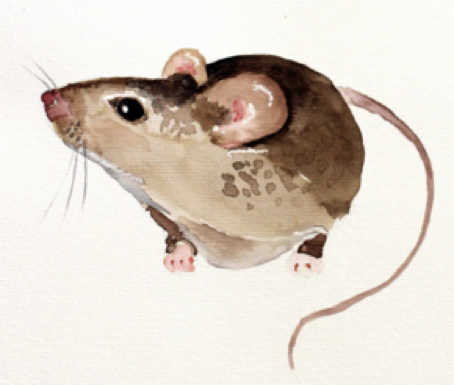 During King Arthur’s lifetime, in the hilly Brecon area of central Wales, there was a small but respected school in the tiny valleyside village of Llanspyddid. The students there were of all ages and abilities, but the brightest pupil of them all was probably Cadoc.

He’s more commonly known as Saint Cadoc, but young Cadoc was certainly no saint. He yawned through his classes, gazed out of the window daydreaming at clouds, and spent more time doodling than studying. This wasn’t because he was a bad lad at all, he was just far too bright for the lessons taught by his boring old teacher, Bachan. Cadoc had already travelled through Britain and Ireland learning so much about life from all angles, but he had returned to his Welsh home and was forced to sit through tiresome lessons such as…

‘And that, boys and chaps, is how we know that God created the mermaid to test us all. Now, get out your Science textbooks, and I will tell you all how flat the Earth is, and how quickly the sun spins around it. ARE YOU LISTENING TO ME, CADOC?’

Cadoc’s gaze left the window, and he turned to face his teacher in a flash. ‘Sorry, sir, no sir, I wasn’t!’ the dreamy lad replied – proving that he was anything but a liar. The teacher sighed, and continued to drawl his bad lessons to the dozy class.

It wasn’t just that Cadoc was bored of hearing these silly ‘facts’ he was quite certain were all far from correct, either. It was a humming hot day and everyone in the classroom had only had half a handful of green oats and a few hawthorns to eat that week, and it was nearly suppertime. The whole valley for miles around was in the grip of a terrible famine, and no grain was being grown in the stodgy, rotten fields. Cadoc’s ribs were sticking out of his tunic, and sometimes he got so hungry he was tempted to teach himself how to eat leaves, like the goats.

Suddenly, the teacher Bachan squealed, and leapt up onto his chair.

‘Eek! A mouse!’ the teacher screamed, and pointed with terror at a small, white, whiskery mouse who had appeared out of a hole somewhere in the classroom. ‘Someone deal with it, please, it’s looking at me funny!’

Cadoc sighed, and picked up the timid little rodent. Being a clever lad, he knew not to be afraid, but he also noted something very interesting. For miles around, the cows were bony in the fields, the horses were hungry for hay, and cats and dogs were positively eating each other in their craving for food, any food… And yet, this little mouse seemed rather plump and well fed?

‘Get rid of it, get rid of it!’ begged Bachan, but Cadoc calmly stopped him.

‘Sir, hang on, I’ve had rather a good idea for a wheeze here!’ The student replied, and fetched a long ball of string from his desk. ‘If I gently connect a length of this thin twine to the mouse’s leg, and then let her go outside…’

‘Yes yes, do it please, quick!’ the teacher cried.

‘Then maybe, if I just hold onto the string, and see where the little thing goes…’

The mouse pelted off towards the old hillfort at Coed Fenny Fach, just up the hill from the school, and Cadoc followed the string to a small hole in the ruins of an old castle which once had stood there.

Kneeling down on the grass, Cadoc began to dig at the hole, deeper and faster, until suddenly, he struck a hollow cavern of some kind, stone-enclosed and crumbling, and as he peered in, and let the sun shine through to the dark cavern inside, he saw it was absolutely filled with…

‘WHEAT!’ cried Cadoc with the biggest smile he had managed in weeks. In a cool, dry place wheat can survive for many decades and still be edible. Nobody knew who had hidden all the wheat in the secret granary at Coed Fenny Fach, but once it was all scooped out, it made enough bread, and cakes, and biscuits, to keep everyone safe from starvation for months, until the harvest finally came in again and they could feed themselves. There was even enough to share with the little mouse and all her family!

The teachers at Llanspyddid school thought that this was so clever of young Cadoc, they would give him an A star grade for all his classes, and he could finally graduate and get on with his life. He was always much better at teaching than being taught by other people, anyway. And his lessons were always fun.

‘If there’s no food left in the house – tie some string to a little mouse!’

For those of you who love a bit of adventure and going up and down very steep hills, the Brecon Beacons is a very exciting place to visit, as well as a beautiful one. There are a thousand and three different places to visit in this picturesque mountain range in South Wales, but if you’re keen to walk in Cadoc’s footsteps, you can pay a visit to the tiny village of Llanspyddid, and follow the mouse’s route up to the Iron Age hillfort of Coed Fenny Fach. The grain has all gone now though, so do take some sandwiches. fforestfawrgeopark.org.uk

A first edition of the paperback plus the ebook and your name in the list of Super Patrons in the front of the book.
View all 9 rewards