We all love flicking through books, whether it’s a glossy coffee table book on astronomy, an addictive e-book dropping us into the middle of an alien culture, or a paperback we just can't put down because we need to find out what happens next! We love books!

Although I realise you’ll all be re-reading ‘Darwin’s Soldiers’ in preparation for the launch of ‘Survival Machines’, ;) I thought I’d share a few books which are out right now, or which have inspired ‘The Origin Trilogy’.

Firstly, it’s a big celebration for ‘Last Star Standing’ by Spaulding Taylor which is published today! A 23rd century sci-fi tale of empires, rebellions and missions, sounds right up my street!

As mentioned in previous posts, ‘Runners’ by MA Hunt is another great read. A dystopian/horror thriller which will keep you on the edge of your seat!

In preparation for writing the final instalment of the Origin Trilogy, I have picked up a few recent Sci-fi gems you might like too...

The ‘Embers of War’ trilogy by Gareth L. Powell

Here are some collections of free Sci-fi novels and short stories out right now:

And for anyone who read my 90’s whodunnit ‘The Penguin Killer’, the sequel ‘Ready Or Not’, set in December 1996, will be out on March 1st! 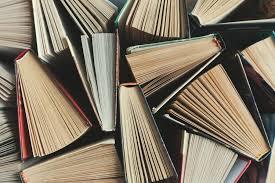 1st edition paperback, ebook edition and your name in the back of the book.
Choose this reward
£35  + shipping
13 pledges

2x 1st edition paperbacks, ebook edition and two names in the list of Super Patrons in the front of the book.
Choose this reward