Stranger In My Heart

Retracing her father’s heroic escape across China in World War Two leads his daughter on a gripping voyage of discovery about him, China and, inevitably, herself.

Apologies for my silence over the last month. I have been extremely busy preparing for a course that I am teaching this weekend. I am really looking forward to getting on with editing my book next week and hope it won't take me too long. I have been making progress towards marketing the book, with a couple of high profile people lined up to do reviews for cover quotes. I can't say who they are yet but all will be revealed quite soon.

As Remembrance Sunday is coming up I thought I would share my musings on the meaning of silence for our war veterans. I think I have shared this before but it seems appropriate to be thinking about it now. 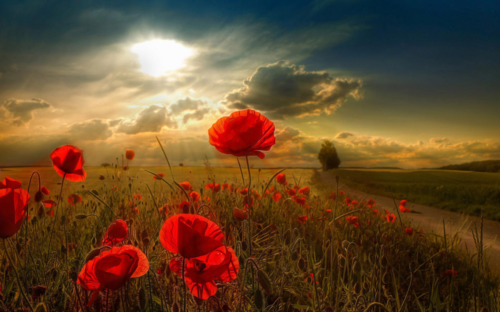 Many people are only able to find out what their ancestors did in the world wars through official documents such as military records, or letters and diaries that have been rediscovered. Rarely has the former combatant said more than a few words himself.

But the gravid silence is highly ambiguous. Does it imply respect for those who didn’t come home? Respect for those killed by the survivor? A modest desire not to seem self-congratulatory about surviving? A reluctance to relive the experience? A wish to let the past remain in its place and to live in the present? A feeling of being unwilling or unable to describe the experience to anyone who didn’t share it? Conflicted feelings about an experience that was both the most exciting and most horrific of your life? Keeping a lid on wartime experiences to combat the onset of psychological symptoms that might attract stigma (World War One veterans had been shot for shell shock)? Knowing that your entire generation shared the experience, so that there is the constant but unspoken understanding and support of all of your contemporaries? Sparing one’s relatives from horror? Maintaining the habit of secrecy that had been necessary in war? Equating bravery with brevity?

The annual commemoration of the Great War (later known as the First World War) with two minutes silence is a ritualised version of the night vigil, when the dead were watched over by their surviving comrades. The purpose was to protect them against mutilation, looting or being dragged away by scavengers; to guard their honour rather than as an act of remembrance. Perhaps war survivors, particularly from the first and second world wars, spent the rest of their lives guarding the honour of their dead and of their own scorched youth. Much has been written about post-combat stress but there is little on the subject of this silence, the men who didn’t show frank signs of psychological disorder, in spite of what they had been through. It seems that the silence is so common as to be taken for granted. Yet, in the present day, it also seems strange to us, in our assumption that talking is necessary to process difficult life events and complex emotions. For these men, perhaps silence was the simplest source of peace, the ultimate shock absorber and safety net.