Each week, I will be introducing you all to a contributor to Stim. If you're on Twitter, you can tune in on the #StimBook hashtag on Saturday evenings around 6pm where each person will talk a little about themselves and answer any Qs you have; else you can pop over here to read all about it in condensed form.

This week I have the pleasure of introducing you to Gemma Williams, who stepped in for Helen Carmichael (we'll be hearing from her later in the year instead!). Gemma is a late-diagnosed autistic thinker, maker, beekeeper and boat-dweller, currently undertaking a PhD in Linguistics, researching autistic language use.

"M a r a c a is a short story exploring life as experienced by someone who interacts with it sensuously. It explores naivety; the grey areas of morality; being the other woman; being a woman who is other; senses of belonging and unbelonging; living between two worlds.

This is my first piece of published writing, written post-diagnosis and drawn from a series of semi-trance states with the aim of capturing the vatic voice that coils below the everyday-voice.

Previously, I channelled my creativity into music, primarily through my Woodpecker Wooliams alter-ego, an avant-garde noise-folk multi-instrumental singer-songwriter project. As Woodpecker Wooliams, I toured Russia, the Baltics, and Europe extensively, played festival’s including Yoko Ono-curated Meltdown Festival at the Queen Elizabeth Hall. 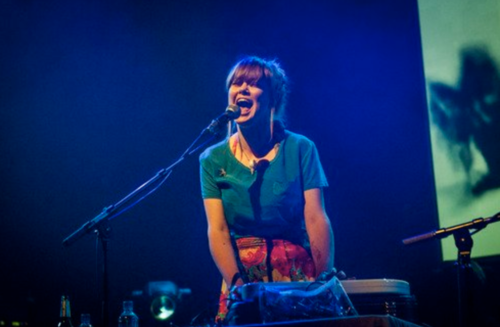 ‘Sparrow’ single, part of an album called ‘The Bird School of Being Human’, exploring an reversed anthropomorphism birds-eye-view of human being which received praise from BBC, The Guardian, The Sunday Times and The Independent among others.

For an undiagnosed autistic the music industry was too toxic and this guise abruptly with a dramatic final show. While I still sings with BeckyBeckyMusic, M a r a c a will be the first piece of solo creative work shared publicly since that creative persona ‘death’. I wish I'd known sooner that I'm #ActuallyAutistic, perhaps Woodpecker Wooliams might have had the support to last longer. Being part of Stim with so many great creators is such a great thing to happen."

I hope you're all as excited to read Gemma's short story as I was to receive it.

Another update coming this week as I introduce you to wonderful Ashleigh Mills, our next contributor, but I just wanted to take the opportunity to thank you all. We have gone up 5% in one month, which doesn't seem like a lot, but it really, really is. Please keep talking about the project, sending it to your pals and we will absolutely get there. Let's keep up the trend and hit 50% by the end of August!

A copy of the first edition hardback, plus the ebook
Buy now
£5
216 pledges

A digital copy of the book
Buy now