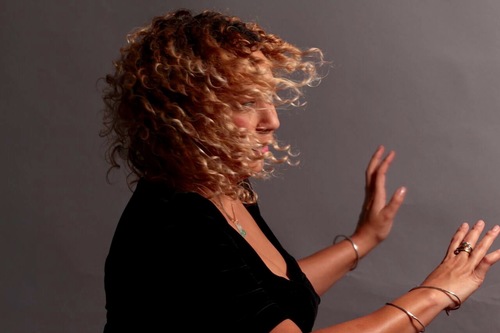 We’re thrilled to announce that Salena Godden’s LIVEwire album has been shortlisted for The Poetry Society’s prestigious Ted Hughes Award for excellence in poetry. The first run of the album was released on CD in October 2016, but already its received 5* rave reviews and is causing a storm on the spoken word scene.

Judges: Jo Bell, Bernard O’Donoghue and Kathryn Williams praised LIVEwire:
“This album captures the best of a live presence – at turns moving, powerful and unflinching – which is hard for an award to recognise. It provides a gateway to poetry that is too easily dismissed as ‘spoken word’, but is an essential part of our poetry culture.” 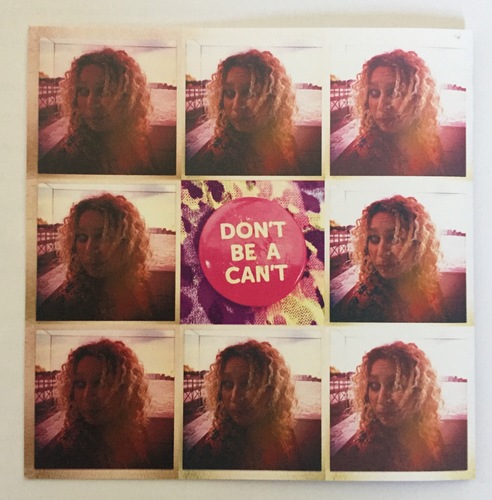 The LIVEwire collection showcases Salena Godden's powerful and broad range. It features live and studio recordings, festival and theatre performances. It includes live excerpts from Salena’s literary childhood memoir Springfield Road (Unbound) and poetry published in Fishing In The Aftermath – Poems 1994-2014 (Burning Eye). Plus brand new work and a clip of an exclusive performance of the live version of Shade published in The Good Immigrant (Unbound).

To celebrate Nymphs and Thugs are releasing a Special Edition LIVEwire on 2LP gatefold vinyl and CD, which will be supported by the N&T Summer of LOVEwire tour. The new CD and double vinyl are available to pre-order now!

It contains new and exclusive content and alternative mixes from the initial October release. This new CD will be officially released on 17 March, the LIVEwire book will be launched on 20 March at a launch party at the Betsey Trotwood and the LIVEwire double vinyl LP will be released on 12 May with a party on 20 May at L'Escargot Soho.

The first run of the 'Summer of LOVEwire' UK tour will see Salena Godden perform alongside N&T label mates, Louise Fazackerley, Toria Garbutt and Matt Abbott. They travel to Norwich (10 May), Peterborough (11 May), Chelmsford (12 May), London (19 May), Manchester (24 May), Leeds (25 May) and Derby (26 May) 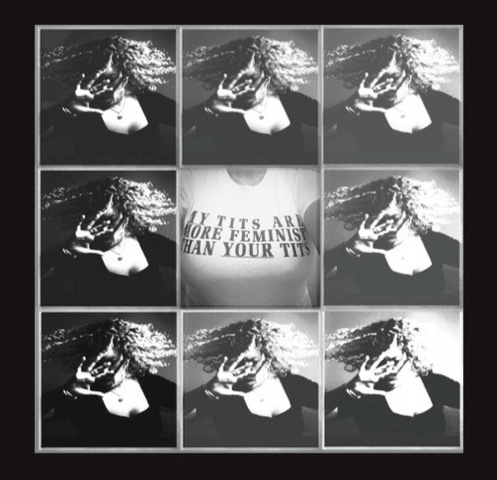 Salena commented, “Poets cannot do any of this without the kind of kind people that support poetry, that buy tickets and show up to see us perform, on LIVEwire the audience are the beating heart, the drum and bass, the orchestra. LIVEwire features my raucous party pieces but also the tender and quieter pieces that sometimes get hidden. I produced this album specifically for the vinyl LP format: the Daytrip A-Side is for before the watershed and your headphone moments, and then I invite you to turn it over, turn it up and pour yourself a rum for the Dirty B-Side.”

N&T founder Matt Abbott commented, “This is exactly the kind of album that I set out to release when I formed the label, and it’s a real honour to work with Salena. The hairs on my neck are still standing from the first time I saw her live – this album will blow your socks off from start to finish!”

Salena Godden is honoured to be named Poet Laureate for Byline Festival (2-4 June). This is the first festival to celebrate independent journalism and free speech. At the Byline Festival. The LIVEwire Salon, curated by Salena Godden, will showcase N&T poets, rebels and renegades. 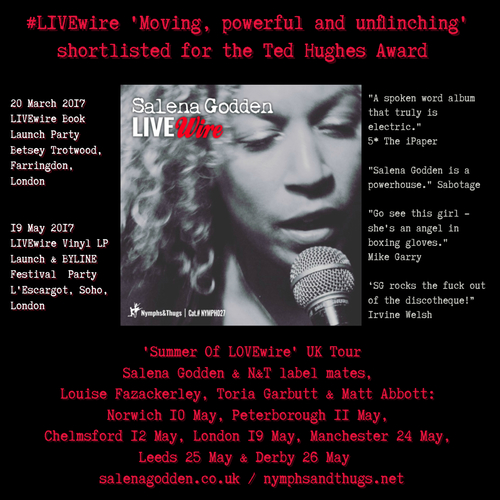 LIVEwire is available to pre-order on vinyl and CD at nymphsandthugs.bandcamp.com, alongside t-shirts, tote bags, pin badges, zines, and fantastic releases from other N&T artists. 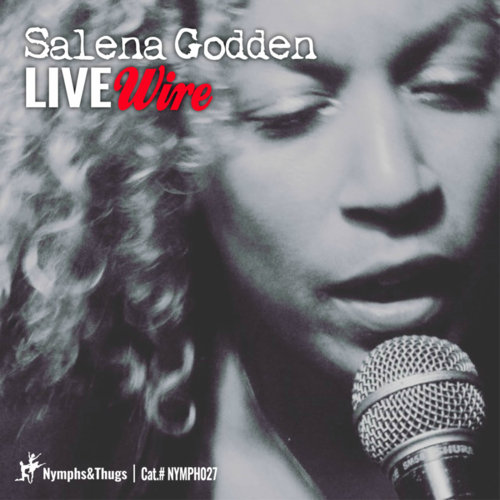