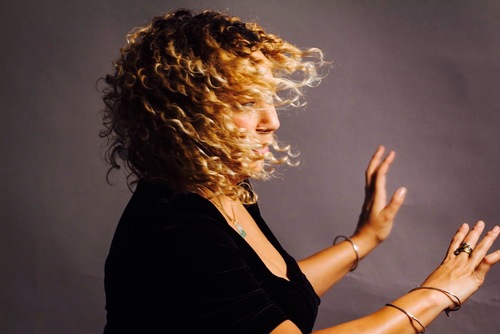 Join us on 7th December at Carnesky’s Finishing School Soho, in the basement of the old Foyles, for an electric night of celebration, poetry and music. Salena Godden's #LIVEwire album has already received 5* in The i Paper, and we're launching it with a bang - so click here to grab your tickets!

At the LIVEwire launch we're excited to announce, we'll have live spoken word from Salena, as well as Unbound poet Iona Lee and Nymphs & Thugs very own Matt Abbott. We'll hear live music from Gemma Rogers and The Bundy Brothers and guest DJ sets. We're honoured to announce that we'll also hear live readings from some of the fantastic contributors from award-winning Unbound crowd funded book 'The Good Immigrant' too - Huge congratulations to Nikesh Shukla on his recent success winning The Readers Choice Book Of The Year last week!

We're using this LIVEwire launch as an excuse to gather excellent people together for a party to raise money for Refugee Community Kitchen, in order to aid their vital work in the Calais and Dunkirk refugee camps as well as here in the UK. They have served millions of hot meals to the homeless and the refugees and they need our help to continue this work. We hope to raise money with a raffle and give proceeds from our ticket sales too. The RCK has just been awarded the Community Project of the year by the European Diversity Awards. They're doing phenomenal work and this is only possible through the hard work of the volunteers and your generous donations,  Please check out RCK here

2016 has been a tumultuous year (to put it mildly) and so for fun we've decided to stage the first ever #LIVEwire awards, which sees us handing out shiny trophies to folk that've blown our socks off in 2016, to highlight the people that have been true LIVEwires, making our hearts race and taking our breath away this year. There will also be brand new #LIVEwire merchandise on sale.

This is a celebration; a coming together, a poetry party, a meeting of minds and a chance to dance and share some love and positivity. So don't miss out!

The event starts at 7:30pm and the bar is open 'til late. 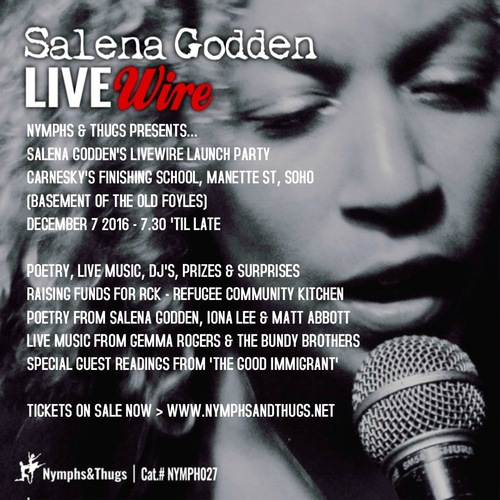 "A spoken word album that truly is electric." 5* The i Paper

"Godden is at the vanguard of this particular publishing moment." The Empathy Library 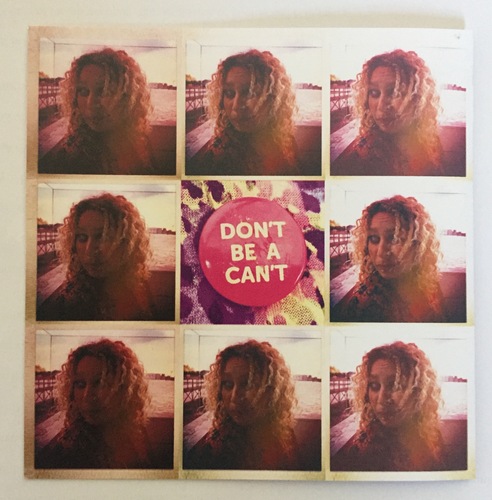