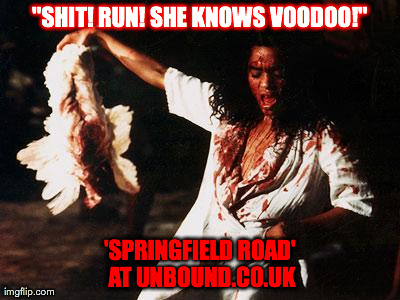 Now I was scared and I was cornered in the woods, they stood around me calling me names and discussing who was going to fight me. They said that they could smell shit, that I was covered in shit, that’s what made me black. They told me I didn’t come out of my mother’s vagina, I came out of her arse.

‘Have you seen her black mum? Her mum’s got shit all over her…’

‘Listen, I don’t know why we have to fight…’

‘You’s bin getting too big for yer boots, ya need t’be brought down a wee peg or two, you black bitch…’ Mandy snarled at me, pulling off her coat and rolling up her sleeves,

‘But I thought we were friends…’

‘Well you thought wrong, you black coon. And what’s that shit you have around your neck anyway, some African voodoo black magic black nigger shit is it?’

Everyone laughed. I looked down and saw I was wearing one of my mother’s sixties necklaces. It was a peace symbol in black, orange and yellow, a flat beaded circle on a string of orange beads. The gang sniggered. They said I should be wearing it in my bottom lip, like when I was with my tribe in the jungle. Claire was bright red in the face. She often blushed, but it was especially beetroot colourful. She said,

‘Why don’t you all just leave her alone…’

They jeered at Claire and teased her asking her which side she was on? She shouldn’t spend too much time with me or she’d get shit all over herself. She’d better watch it or she’d get a fight too.

Mandy squared up to me, a boxer getting ready for a bout. She looked like she knew what she was doing. I knew that if I so much as flinched she would throw the first punch. I didn’t want to be hit, I didn’t want to fight and then she surprised me by saying

I didn’t know what to do. I avoided her eyes and fiddled nervously with my necklace.

‘Come on then bitch…you scared or something? Come on fight me, blackie…blackie…’

‘I curse you, may your crops fail…’

There was a pause, a silence and then I took a deep breath and continued,

‘I curse you. Your crops will fail and your water, may your water be poisoned, may your children all be born deformed, may your fields be ridden with flies and your food rotten, I curse you all, may you all suffer, disease and hunger and may you…’

I had no idea what was coming out of my mouth. I allowed my watery eyes to gently go out of focus as though I were in a trance and talking in tongues whilst I kept repeating things about disease, deformed babies and failed crops holding the necklace up like a crucifix. Mandy was the first to shout,

‘Are you doing black magic voodoo shit on me?’

Kids started backing off and getting on their bikes and then riding off, swerving in the leaves  and screaming

The stragglers ran off into the woods as I was still babbling, screaming,

‘…May this curse follow you for all eternity, no matter where you go this curse will follow you, your crops will fail, as long as you are under the same sky you will be eternally cursed!’

When everyone had run off I burst into sobs of tears which dried as soon as they came. Claire was still there, standing still, scarlet-faced and trembling. My tears turned to relief as she touched my arm and asked if I was alright and I thanked her for sticking up for me. The woods were quiet and growing dark, it was getting late. I bent down to pick my satchel up off the earthy leaves and brush the muck off it. I saw my hands and I was still shaking, then the crying suddenly was laughing as I said,

I looked up at Claire and a rush of brilliant laughter overtook us. I was kneeling on the leaves, holding my bag, hardly capable of picking myself up for laughing, both of us were in total hysterics. We hooked arms and starting walking slowly homewards, through the thick of trees, towards the flickering of urban orange street lights, doubling over in fits of laughter every time one of us said 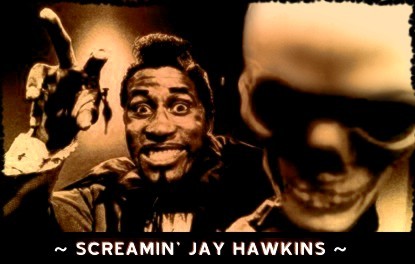 *Hey, hello dears, last night, i was performing at London Wonderground on the Southbank with soul super star Omar and Robin Ince, Rachel Rose Reid, Patrick Davey, Arthur Lea, Oliver Keen, hell yeah, it was off the hook! Tongue Fu are the such a joy to jam with, they have such a feel and so much talent and its always such a laugh to do that Tongue Fu gig.