In a not too distant future, people are split into either Citizens with rights or VOIDs with nothing. Forced to live in the former port, the VOIDs have adapted to the floods; the brutal nature of life outside of society however, is not so easy.

A cheeky sneaky peek at my debut novel

It's getting close... so flipping close I can smell the trees' fear in the paper, can hear the dripping of ink.  So to celebrate here is a totally fabulous sneak peek into the world of Kingston. The city Onion ends up in, a rotting scrap yard of misery, a river city in a country plagued by floods. 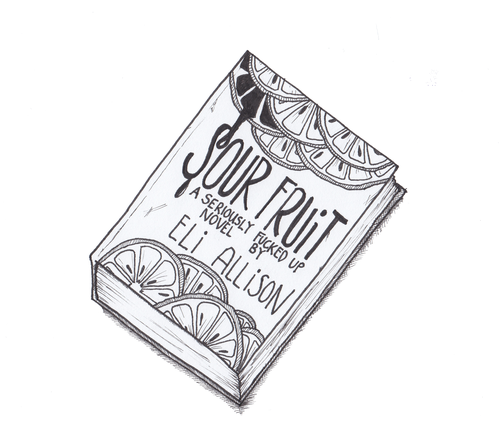 Grab your knicks... it's a gunna get twisted.

Each artwork (I've done three so far) is a district of Kingston, and as I drew and painted and swore, the areas came to life, with stories all of their own.
Keywords at the bottom because it's not sci-fi without a bunch of impossible-to-pronounce- massively-unnecessary-capricious fucking lingo, and I love it.
The teller of this story isn't Onion but someone else, someone who you meet in the first novel, but who you really get to know in the second. Oooo mysterious.

Enjoy the fruits of my weird.

The young family screamed and then banged and then scratched to get out, but no one could hear them. They'd picked a quiet day on the port to do their dying. 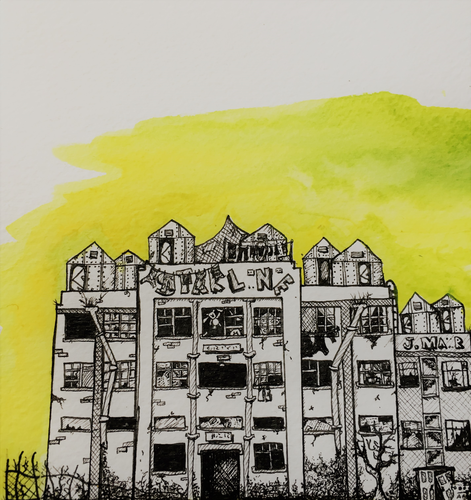 Not so much a port, nothing but misery passes through now, nothing but mould hustles, a dockyard of crumpled commerce.
Near the very edge of Kingston but in the heart of the old port, The Black Quay reflects the city with its endless stretch of dark puddles. They blot the concrete even in the height of summer, the stray cats linger, tiptoeing around the edges, quenching their thirst, but only cats. Cats are harder to catch, less meat for the effort. Kingston is a dog-less city.
The Black Quay has piled high containers, metal giants that block the sun. People scurry through the gaps, ants in this new world, trying to remember the way to the river.
It is always there; it never ceases, never forfeits, always sifting the world, the floods come and the ants just get swept along. 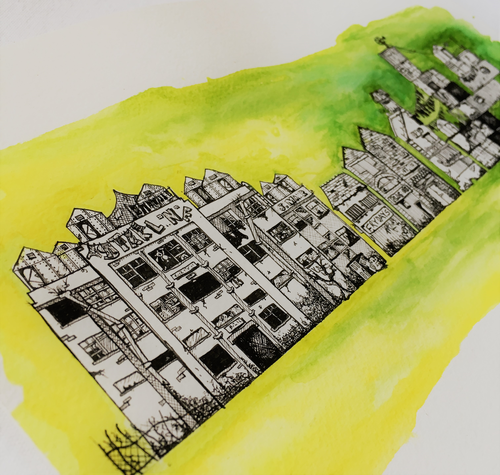 It is a place that is to be avoided for all but the most desperate of times, but no one told the young family that. New to being VOIDs they saw the empty containers, could feel the hard winter at their backs and thought it smart to make their home inside a giant. Perhaps they had a few a good days, a few hopeful days where they were warm and felt safe. But they weren’t safe.
The winter flood came as it always does, and they sealed themselves inside, away from the black waters but everything shifts in a surge.
They became trapped inside the steel container when the flooding caused its door to become wedged shut against something or other.
No one heard them banging, screaming, scratching to get out. It was only during the second flood of the season, and the containers shifted again that things began to float out. A trail of truth. A backpack, a sock, a picked clean femur.
As was said, Kingston is a dog-less city; man has no best friends here. 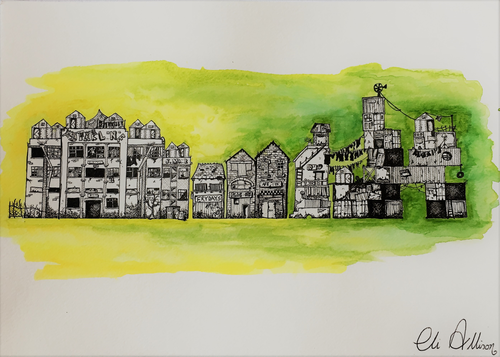 There will be another 2 of these fabulous babies rocking up very soon so keep an eye out for your email. Or head on over to my corner of the web.     My life-changing-mama-jamma-blog.

Kingston
A fictional city set in the future near an old port. (On the edge of the Humber. ) It regularly floods due to the damaged flood defence from a few years ago. The locals (VOID’s) have found creative ways to survive this problem.

VOIDs
People the government has declared non-citizens and are forced to live in these uninhabitable cities, called hubs.