Well, I wouldn't suck it!

It has been a considerable number of hours since last this Shed was updated, so although there is no cataclysmic event to be detailed here, I just thought I'd fill in the faithful on what's been happening with Soupy Twists!

Despite Stephen popping by North-West Europe to hand out a few BAFTAs earlier in the month, and Hugh being over here doing something Holmesian, neither colleague has yet been able to settle on a time for another full in-person interview for the book as yet, though impertinent questions are being fielded via email for the nonce. (For the moment, that is. That's one Wodehousian term which is perhaps best dropped these days. No actual nonces are involved, I swear.)

This has, however, been the first time that any of my books has inspired me to pay a second visit to the BBC's delightful, precious (don't you dare touch it, BBC) Written Archives in the suburbia of Reading. I'd neglected to really get to grips with the timings of each series of ABOF&L's production – series 4, for instance, was made a whole year before it hit screens – and also, I just wanted to devote more time to combing through the scripts for titbits, such as this looser rendition of the Soup/Broth contretemps: 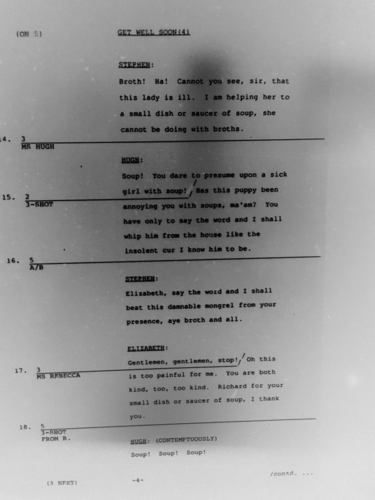 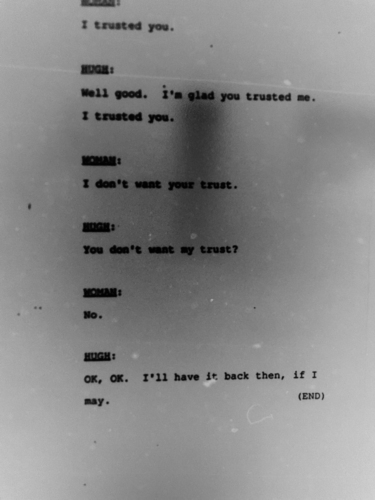 ... Which of course, has no place within the book, given the strictures of pressed wood pulp, but still a thrill to find and share. In fact, have a Gary cartoon of young Stephen from one of his 80s columns while we're at it: 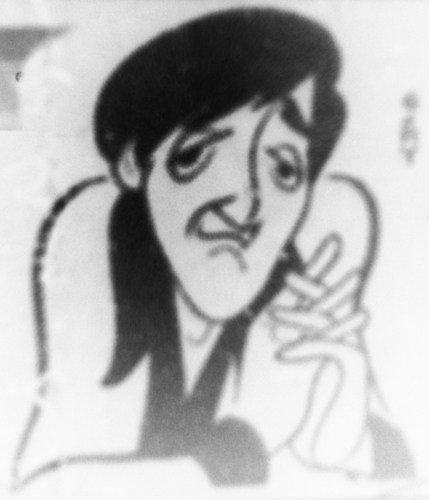 I have also carried out a number of further interviews, including producers Nick Symons (again) and Roger Ordish, Jeeves & Wooster boss Brian Eastman, and the absolutely lovely Deborah Norton, regular supporting artist in ABOF&L series 1. I also managed to bag the best part of an hour on the phone with this unfailingly lovely chap: 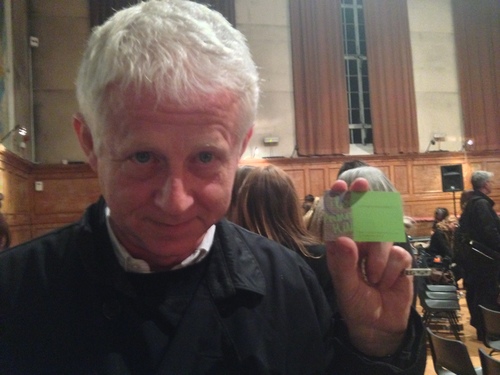 Richard Curtis was very kind to me when I was writing The True History of the Black Adder, and despite Comic Relief taking up most of his waking hours at the moment, he was generous with his time all over again – we even ended up talking about Dr Who and time travel, in a chat which will resurface elsewhere...

Otherwise, I'm simply listening to Storm Doris batter the house about as I tell the story of these two colleagues, making a very good living by spreading even better laughter. In fact, right now I'm immersed in the fourth series, so am beginning to get a little emotional that the end of the road is almost in sight.

Of course, that's still only the first draft, and then all the really tough stuff to do with artwork and editing and (shudder) marketing will follow, so it's still impossible to give a guaranteed date for delivery, but all I can say for now is: watch this space! Intermittently, that is. Every now and then. Nothing's going to happen if you just watch. This space.

PS Oh, and I also finally got to see the inside of The Groucho Club, thanks to my dear thrice-publisher of yore, Trevor Dolby. As Fry practically helped build the place, I felt it was a crucial location for Soupy Twists research. Sadly, the photographic proof of my visit was less than pleasant to behold... Boh! 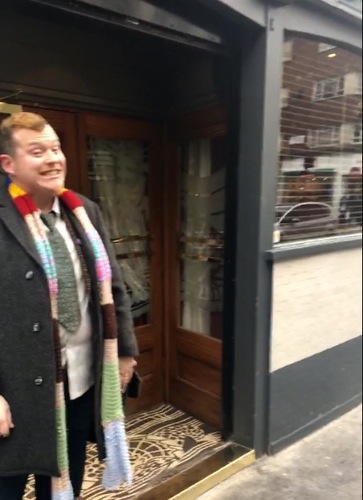 Great stuff, Jem! Looking forward to paging through this mighty tome and filing it twixt Frood and Bladder. What is Unbound if not a giant Trying to Borrow A Fiver Off?

An investment not as batty as it appeared at 1st, 2nd and 34th glance after all!