Well, this is a right old turn-up for the trouser, what? 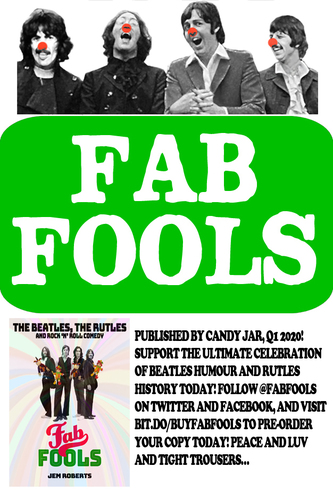 I shan't keep you, except to beg your attention for one blog further, to announce that author and authorised Stephen Fry & Hugh Laurie biographer Jem Roberts' next work of comedy history after SOUPY TWISTS – FAB FOOLS – the first ever exploration of The Beatles and comedy, the first ever Rutles history, which the poor sap has spent all year writing with zero income, and now it's finally AVAILABLE FOR PREORDER – CLICK HERE RIGHT NOW, YOU!

I may get into a spot of trouble with Unbound for this, as it's not published by them, but as the next book from Fry & Laurie's official biographer, surely it's of relevant interest? This isn't strictly speaking crowdfunding – the book is contracted to be released early next year, but we do need at least 300 pre-orders to get the budget we need, every single penny goes right into the making of the book, and we do need you to click the link and buy a copy now. You will get your name in the book, and a number of further pledges are offered including a very exciting launch to mark the 60th anniversary of The Nerk Twins next spring! There's lots more to learn about the project HERE.

And besides, there are links between the two books! Stephen told the tale in one of his memoirs about Sir Paul McCartney's brave attempts to gee him up as a singer at some church event, insisting that EVERYONE could sing… until he actually heard Fry try, and agreed that yes, he should probably just mime. 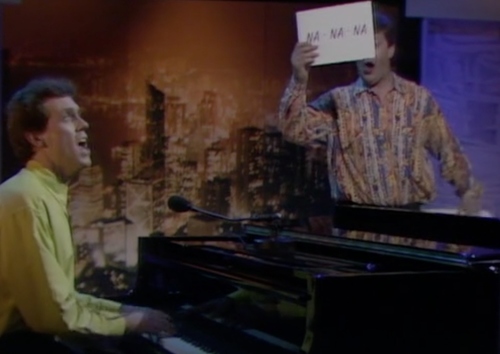 Plus of course, anyone who remembers Stephen & Hugh's rendition of HEY JUDE could not claim there's no connection whatsoever to our two beloved colleagues and the world's greatest ever rock band! 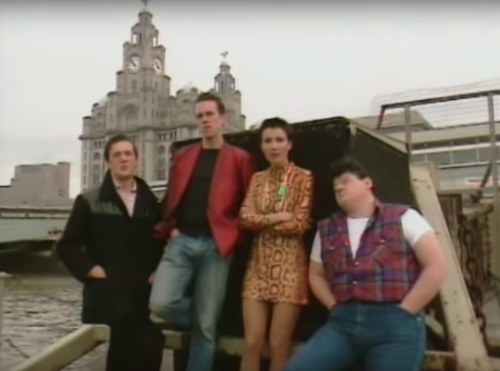 Or how about the even older ALFRESCO sketch with the moaning Liverpudlian musicians comparing everything to The Beatles in their very best attempts at scouse accents?

We cannot do this without you. Thank you once again for your help with Soupy Twists*, now please help with this magnificent octopus' garden: BUY FAB FOOLS TODAY! 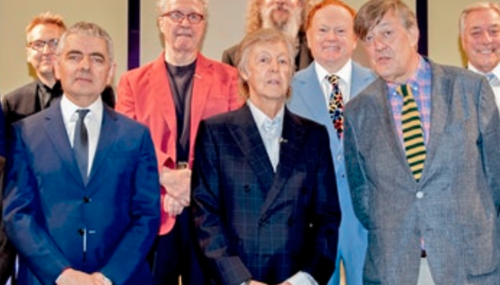 *For those anticiptating the crucial next stage of the Soupy Twists story… Unbound have told me there are no current plans to release a paperback, which has been a shock to me. I'm currently working to remedy the situation one way or another, and when I met Stephen in Edinburgh he told me I have his support in getting a paperback out one way or another. Everything, as ever, resolutely crossed – but if all goes well, there should be some separate good news about the book at the end of the year...