Since You Have Been Kind Enough Never To Be Peter Sissons...

Sirs and Madams, I am chastened and bowed – ever the men and women of affairs, you have reminded us all, ALL, of our duty.

A Fry & Laurie book for you.

This shed has become slightly derelict since the glorious surge over 100% that the dear colleagues Stephen & Hugh engineered for us all – this is largely due to the necessity of earning currency for living purposes, as this book is written entirely on goodwill and dreams, until it actually exists, when hopefully a last-minute reprieve from total poverty will ride to the rescue.

But also it's been a busy time in all areas – Fry and Laurie have been sunning themselves in the South of Wales, sorry, California – well, San Francisco for Hugh – readying their new US shows The Great Indoors and Chance, and so communication has evaporated until later in the year.

I have however, begun the process of rallying their friends and loved ones for interviews. My very first, to whom I shall be grateful long time, was the splendid Paul Shearer:

Who told me a few fascinating tales I'd never heard before, and shortly after I had an all-too brief chat with his old friend: 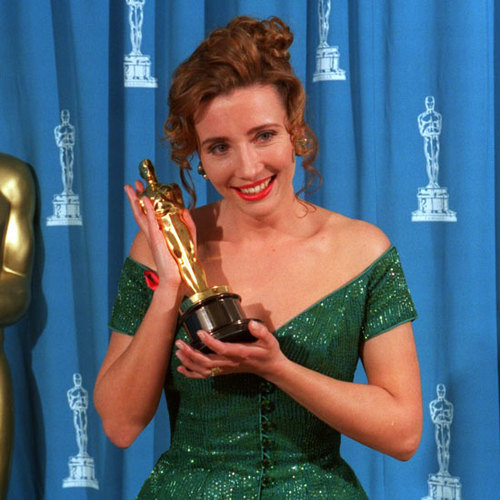 ... Although sadly, too much time was spent gushing on my side (don't be so beastly!) and our time was quickly over – and so Emma has kindly agreed to tackle further questions via email at her leisure. A similar deal has been struck with Sandi Toksvig, Geoff Posner and Kim Harris – and indeed Ben Elton, who now has a movie to helm down under as well as Upstart Crow series 2 to pen, so it's understandable that he can't come round to my house for a cup-a-soup and a chat about what he was doing 35 years ago. Typical.

Next month I'll be drinking in Oxford with John Lloyd, and losing my Groucho Club virginity with Jon Canter, and so there's lots to look forward to. But perhaps the most exciting news is, I think I may have just completed the first 'Bit' of the book, at last. I'm thinking of this story as four 'Bits' – Birth to Cellar Tapes, Early careers, ABOF&L, and finally, everything since 1995, in brief. Only completing the first quarter now is a little behind schedule, not least as of course there's still plenty of fresh interview material to be folded back into the text, but it's an important moment.

But if you want the slightest inkling of the mountain I still have to climb, here's a visual representation of my research pile, which I have been amassing over nearly 30 years... 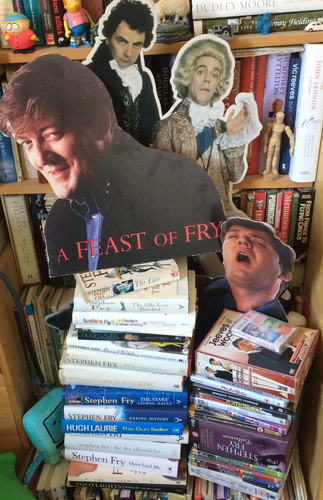 My Fry & Laurie collection (selected, all Audio tapes are too buried to extract without my entire bedroom falling apart).

Finally, PLEASE keep spreading the word among lovers of fine British Comedy the world over, this 107% total is not the end, the higher the number we reach, the more likely it is Hugh Laurie will come round your house and drink your tea. That is a promise. Or if you prefer, Stephen will pop by and read you a bedtime story in that lovely green velcet jacket of his. Until then, Soupy Twists!

Oh, actually, if there are any American fans out there, certainly from the south-east states, here is the other reason progress will slow later this month. There is a relevance – I'll be playing Hugh songs including 'All We Gotta Do', 'Sophisticated Song', and maybe even 'Kickin' Ass'...! 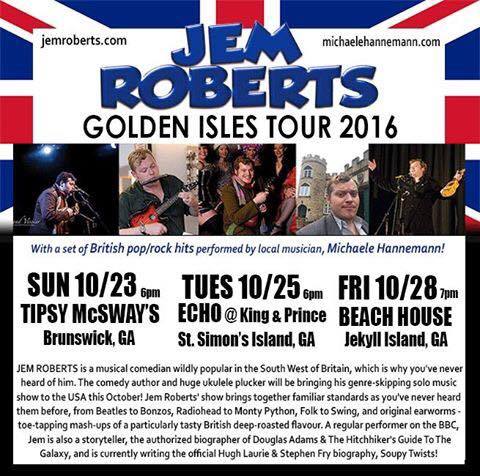