"Quite right, Oxford's a complete..." 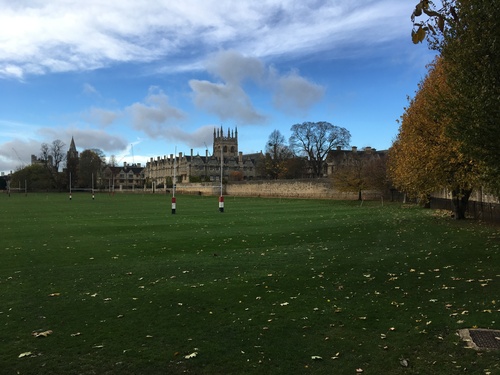 ... Well, of course I wouldn't go that far, not by a long walk. My only previous experience of Oxford was a very brief stopover to watch Tim Brooke-Taylor and Graeme Garden remember The Goodies about a decade ago, so my recent pilgrimage to Hugh Laurie's hometown really constituted my first experience of that fine historic city and its infamously dreaming spire collection. And it is a handsome part of the country for sure, with pleasingly gargoyled ancient colleges aplenty, and as an Alice lover, my visit to Christ Church was worth the detour.

But somehow, it's no Cambridge. If you were to remove the universities from either town, perhaps Cambridge would crumble and be blown into the sea, while the stolid midland city of Oxford would still have a considerable history to prop it up, as effectively England's Second City for many years of yore. But it's a large and logically laid-out place, its medieval charms far between, whereas the centre of Cambridge is pure movie-set Hogwarty wonder, so higgledy-piggledy are its unique colleges jostled together, with the Cam lazily meandering through the middle. I would not go so far as General Melchett, or Donald Trefusis in his condemnation of the alma mater of Bennett, Moore, Palin, Atkinson, Iannucci, Lee, Herring et al, but I rather think Cambridge nudges it in the beautiful university town stakes. 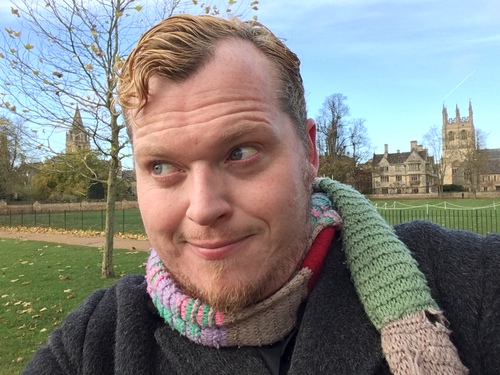 Stop that, dreaming spires, it's filthy.

I have of course already had the pleasure of visiting Stout's Hill, where Stephen was first sent away to school, but sadly I cannot see any way in which I could manage to get up to Norwich, or visit the rural isolation of Booton, where much of the Fry childhood was spent. However, as the birthplace of Hugh Laurie, a visit to relatively nearby Oxford felt paramount, to walk the same streets for a few dozen miles, albeit in steel-toe-capped boots with inadequate socks. Ow.

My first act was to get the bus to Blackbird Leys – as non-descript a surburban estate as you could care not to visit in any town or city in the UK, and of course not at all the area that Hugh actually grew up in, but as his father was the GP with specific responsibility for the entire factory workers' community, it would have been very familiar to young Hugh.

A more concrete connection came with the long journey to the north of the city, and The Dragon School, where Laurie was prepped for Eton: 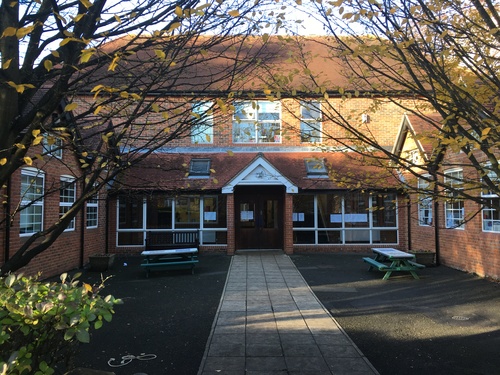 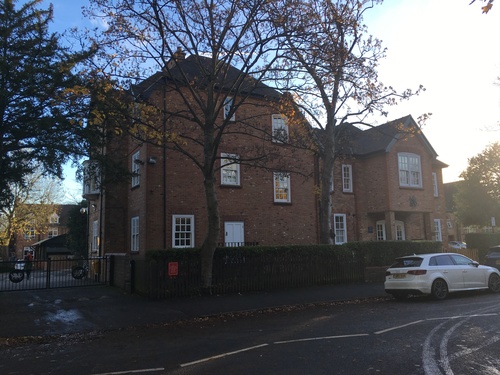 There's very little of this blistering expedition which can impact upon the Soupy Twists text in much of a material form, but it feels an important part of the biographer's duty, somehow. There was, though, another reason I braved Oxfordshire, as the county also happens to be one of the most comedy-legend-packed shires in the land, with Blackadder Halls in numerous corners. And from one of them came the no-introduction-needing John Lloyd, one of my longest supporters in this career thing in which I seem to still be immersed.

John's long friendships and career connections with Fry & Laurie are well known, from Stephen's first ever comedy credit in Not The Nine O'clock News to Lloyd's script-editing of Alfresco series one, and above all, of course, Blackadder and QI. Once I passed the place in the street, I could not settle for a less auspicious venue for our chat than the Four Candles, named in honour of beloved Oxonian Ronnie Barker, for our chat on double act history: 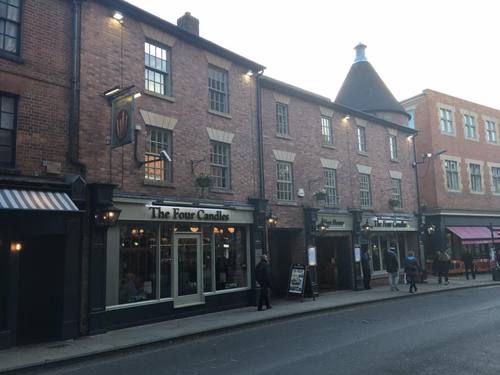 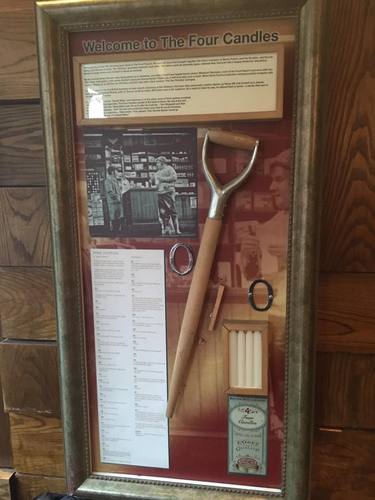 The chatter was loud, and our time was quite short, but over the hour or so I managed to gain John's view on the above and a fair few other areas of Stephen and Hugh's careers, he having a particularly passionate estimation of the extremity of Hugh's acting chops, and understandably very little memory of our colleagues' early careers, when he was either making Not The Nine O'clock News, or balancing The Black Adder and Spitting Image as part of his mid-life breakdown preparation. The interview was as pleasant an encounter as ever, after all these years of thrusting my nose into Commander Lloyd's comedy business, and I'm sure we are all very grateful to him. Now I just have to transcribe the natter into the relevant spots of the whole pink, fluffy narrative at hand. So that's Paul, Kim, Emma, Sandi and John interviewed... but there are many Fry & Laurie colleagues still to talk to, and as your devoted slave I will continue to leave no geological specimen undefiled. Until later... 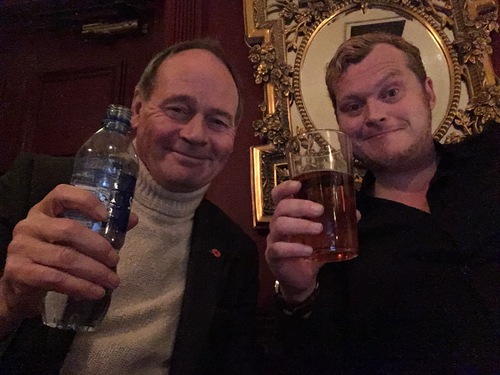