An oleaginously indulgent Soupy Twists Friday to all!

Lovely news for all – the tweaked-and-perfected-to-jiggery Soupy Twists proofs have just been sent back to the editor for the next phase of production (we'll get one last check for errors), and I'm trying, via a gifted designer friend, to add a few sprinkles of extra gorgeosity to the contents, we'll see if our attempts bear any kind of fruit and veg.

This is just a compact and bijou blogette to expand on a minor element of the Soupy Twists book which it wasn't possible to explore in much detail, and that's the relationship between Stephen and Hugh – well, Stephen mainly – and Viz comic, the UK's venerable source of comic strip filth for four decades now. 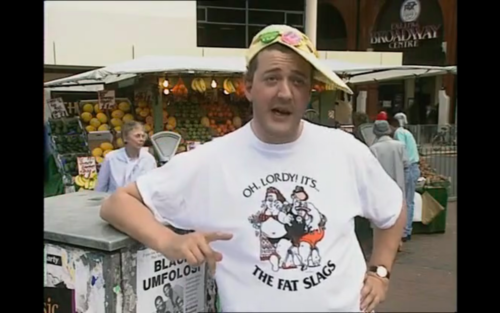 Whether this doltish Voxpopper was meant as a tribute to or an attack on Viz, via San and Tray the iconic Fat Slags, the comic has not been backward at coming forward with skewering everyone's favourite interestingly-nosed polymathematician. Viz has always presented itself as a hard-as-nails Geordie working class periodical, so it's no surprise that two Footlighters were going to get lined up for some rough treatment now and then...

I could only refer to the strips they have run in the book, but this blog is here to show you what I'm on about.

The first Stephen Fry strip (with a cameo from Hugh) was back in 1993, and just pleasingly whimsical really, a testament to Fry's popularity, albeit presented as a Cambridge undergraduate 12 years after graduating: 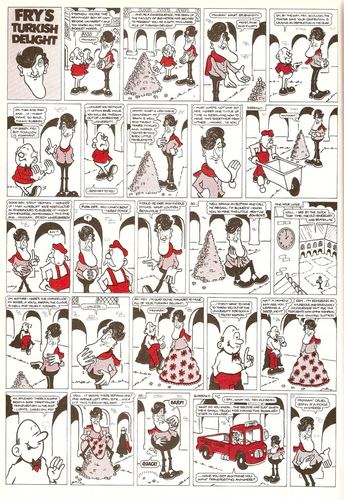 And similarly, this cartoon is as offence-free as it gets (unless you're a thick sheikh): 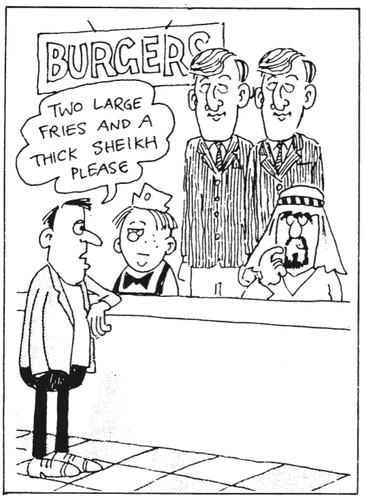 But when they gave Stephen a second strip many years later in the 21st century, his character began to reflect his place in British society as a then-incessant tweeter, with an extra smack at his occasional displays of sensitive flower behaviour, when the Internet's bottom line has bitten back. But the fact that he's presented as a lovable pet is further testament to Fry's development as the nation's cuddliest brainbox... 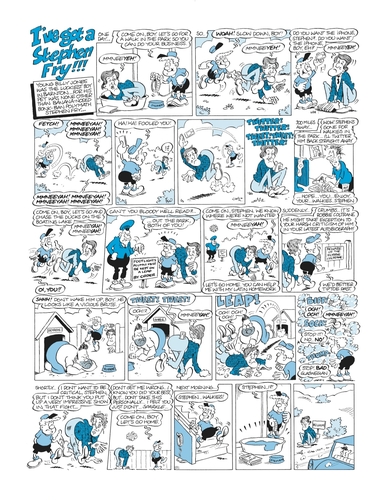 On the other hand, Hugh has been pilloried by the comic only once. But as that one really was rather nasty, I won't include the advert for Hugh 'Lemon Sorbet' Laurie's album, 'I Got Them Highest Paid Actor In Showbiz Blues', partly because Hugh's own self-flagellation is quite enough, but also because it may rile so many House fans I may get it in the neck just for pasting it.

Instead, I'll leave you with this charming idea of how Hanna-Barbera may have presented the colleagues for their own cartoon, courtesy of DeviantArtist, Cool Hand Mike: 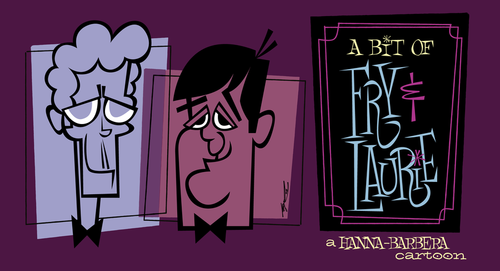 There, that's much nicer, isn't it? And we know how important it is to Be Nice.

If you have been, happy weekend.