It is now far more than nigh on 8 months since my pilgrimage to Hugh Laurie's Oxford, at which time I had no belief that I would be able to get as far out as Norwich, despite Stephen's Norfolk background, and there was plentymuch written about the county's metropolis in Soupy Twists.

Well, as you know, I delivered the completed ST manuscript back in the spring, but a lovely friend gave me an opportunity to head out to the far east for the first time in my life, and hoover up a little of the atmos of the young Fry's regular haunts. In truth, as a biographer I'm not sure how much solid wordage is inspired by walking in footsteps in this way, but it does at least feel highly respectful and seems like The Done Thing for any biographer.

So now I have some idea of what Norwich is like, outside of Alpha Papa and general Norfolk jokes. The city was never Stephen's real home, just the biggest town in the county which became his home as a small child, the county where he still maintains a home now, and clearly loves the place.

That said, it was hard to find places I could pin young Fry down – the hangout he mentions in his memoirs, 'Just John's Delicatique' is unquestionably long gone since the early-to-mid-70s, with the only mentions of the intellectual salon online coming from Fry's own books. I mean, it's all very easy to stand in the gates of Norwich cathedral... 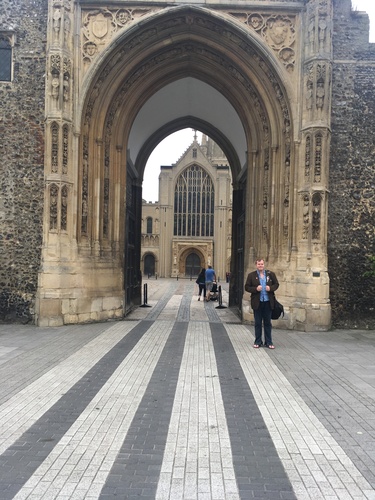 ... See? But it's tough to claim expenses on a Soupy Twists trip for that. (Impossible, in fact, as expenses are simply not a thing for a project like this.) Stephen was until quite recently a very proud director of the home association football sport team, the Canaries, so I asked my friend to photograph me here... 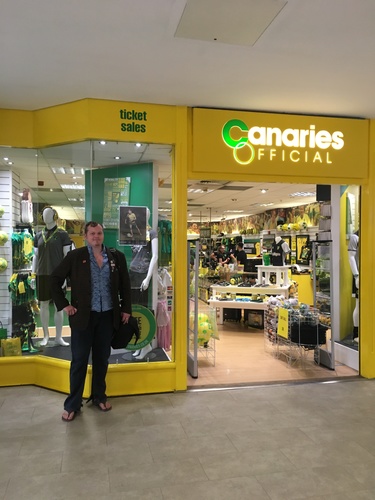 ... But again, very little in the way of comedy non-fiction material was gathered here. Stephen's crucial link to the city is that he took his A levels here. Originally he was in King's Lynn, but that was pre-prison, and eventually he came to City College. Here I am after a lengthy yomp out of town to find the place, though it may still be the wrong bit of it: 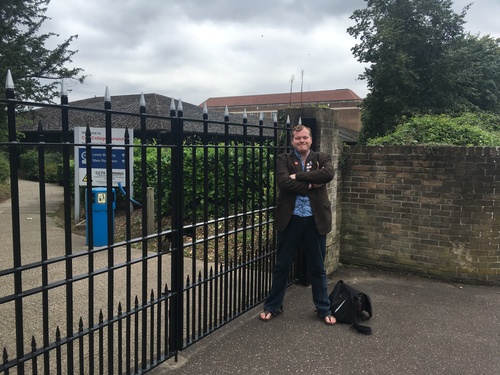 ...Just to unnecessarily prove to all Soupy onlookers that I have travelled far and wide in my loving documentation of the two erstwhile comedy colleagues' careers. But all in all, the fact that I reached the conclusion of the Soupy Twists manuscript months ago was not hampered by my Norvician virginity hitherto.

One very lucky boon from the timing of my visit was that I could visit the BBC Comedy Photo Exhibition at Norwich Library, curated by Paul Merton and Adil Ray. But although I saw a Blackadder photo entirely new to me, and Alan Partridge was present and correct, I was naturally disappointed to find not one image of Norfolk's favourite son Fry anywhere. It would probably be reading too much into it to wonder whether this is down to Merton and Fry's old falling out over the HIGNFY/Deayton business (they have done Just a Minute together since then anyway), but it seemed a big omission. Glad to have visited, anyway. 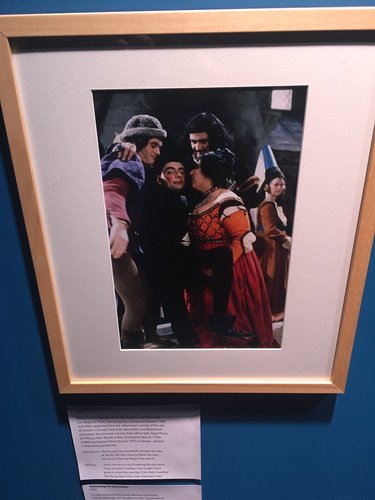 Further updates to come, but for now, thank you for a lovely weekend, and the photos, ©Polly Logan-Banks...! 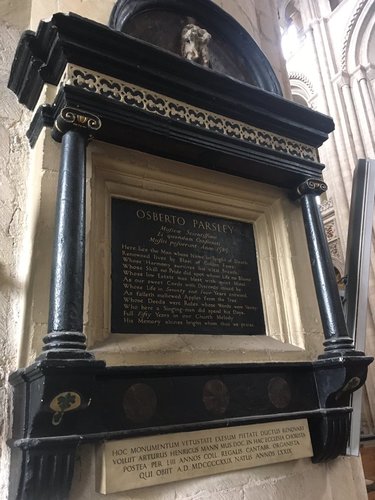 PS Did you know there's no such thing as a British folktale collection? Help us put that right here, please – my fifth book: TALES OF BRITAIN. Comes with a Fry & Laurie guarantee of quite interestingness.