Admittedly the book's delay does mean we'll hit shops not on the 30th anniversary of the ABOF&L pilot, which was on Boxing Day just passed, nor on the anniversary of the start of series 1, which will be on 13 January next year – but we will be equidistant between the two, and hopefully that will suffice.

The hardest part of any author's job, however, is always PUBLICITY, and so when this wonderful book is finally out this coming summer, the real challenge is going to be telling the world all about it. Surely any radio or TV producer worth their salt or indeed pepper will see the obvious fact that banging on about how wonderful Stephen & Hugh are makes for great (excuse the tidal wave of sick, but I'm going to use the word) CONTENT!? We will need newspaper coverage, local, national, international, I will be available for radio interviews, TV interviews, live author events... in short, if you or anyone you even vaguely know has any ideas of events or possibilities for publicising this book, PLEASE get in touch and let me know, as I can only presume that I will be entirely on my own when it comes to publicity. It's where a book falls or rises, and we all want SOUPY TWISTS to rise. 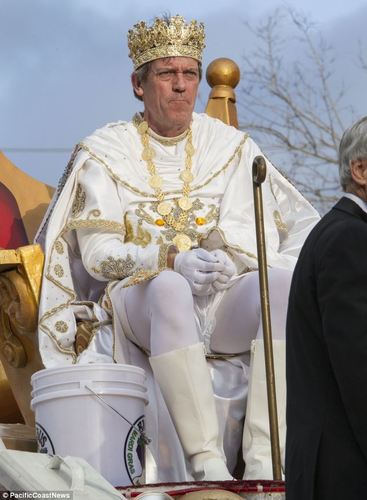 And talking of rising, of course, ARISE HUGH LAURIE CBE! A lovely spot of New Year news since last we blogged, everyone's favourite Hugh Laurie is now a Commander of the British Empire! Which means we now have to do whatever he says; as if we wouldn't have done so already.

By ALMOST AMUSING coincidence, just before Xmas I cleared two squibs from the Fry & Laurie archive with Stephen to share with you all – bits which won't be in the book at all, and this is your one exclusive chance to get your eyes on them. I chose the Russell-Grant-skewering Astrology sketch, and put this to one side, but as it's all about the Honours system, it seems uncannily suitable as a New Year gift for all you lovely patient pledgers.

Especially as many of you are already thinking of ways to get Soupy Twists some high-profile media exposure this summer... aren't you...? 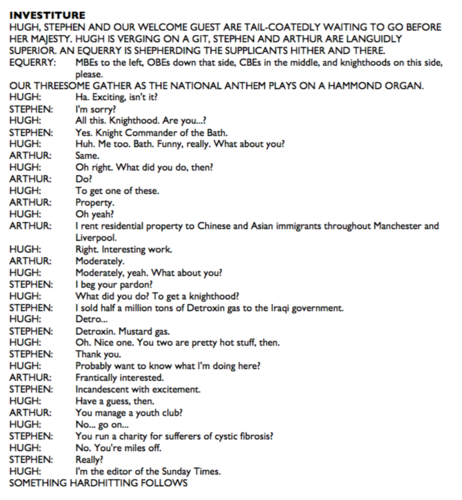