A very very happy Samhain Soupy Twists Friday to you gorgeous, supple ST-pledgers... IF YOU CAN!

This is a Halloween and Horror themed blog. It may not seem it just yet, but do hang around. No, this is not America, I know. But still. 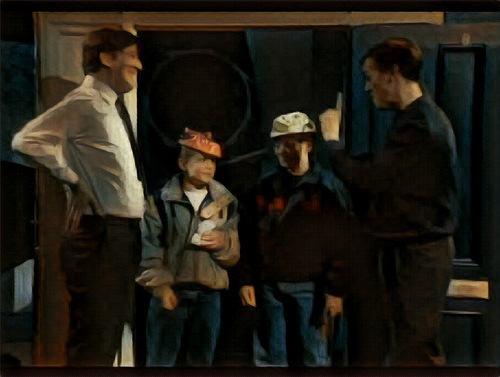 Thank you for your continuing patience and faith as Fry & Laurie’s official 30th anniversary celebration chunters its way through the publishing system, en route to your personal comedy non-fiction travelling cases come the summer. This blog is going to be highly unprofessional, but I write it on the quite safe hunch that Stephen & Hugh are about as likely to read this as a Universal Credit form, or a Dan Brown novel.

Having been at this Official Comedy Biography game for a decade now, most paramount for me has always been knowing my place, impinging on the sainted nerves of my living breathing subject matters as little as possible. And when it comes to the direction of their own careers, that goes quadruple. And yet, with every book I have written, after a year or three of concentrated examination, I cannot help ultimately forming a tungston-carbide-strong vision of what their next step should be. With The Clue Bible, and poor Humph bowing out during its composition, I felt the best way forward for ISIHAC was a line in the sand, a relaunch for series 51 as ‘NOT a Clue’, with a deliberate shakeup – and now, Jack Dee has been proving me wrong for nearly a decade. With Blackadder, well, who HASN’T formulated their own ideal of how Edmund couldn’t enjoy a last run around the track? It just so happens that my idea is best. (You’d have to ask me in some inebriated state to bore you to death with the how’s and the why’s and the d’you-mind-if-you-shut-ups of it.) Then there are all the mind-expanding, hilarious gags still hiding in Douglas Adams’ archives, from which The Frood only sampled a taste. My own views on the way forward for Hitchhiker really are best left private, but at least the sound magician Dirk Maggs is using some of the Frood’s material to power next year’s Hexagonal Phase, which is a huge source of pride...

But you see, I am not delusional. NO REALLY. I fully realise that any idea that comes from me, for any artist I admire, is nothing but fan-fiction at best: I am just a fan, like all the rest of you, and the most important thing any fan has to understand is they have less than zero claim on the work of any artist; that the careers of the artists you admire or even adore, are purely the business of them and their agents. And so I wisely keep silent... But sod it. 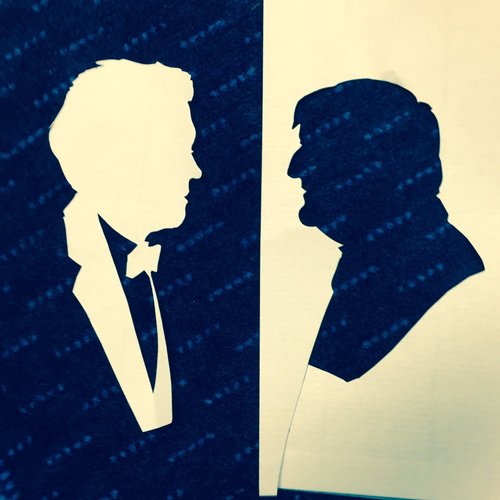 As for Fry & Laurie’s future as a duo, we’re all well used to their protestations that yes, of course, they must get together for some kind of smoking-jacketed autumnal cabaret, while they’re both around to enjoy a little silliness. But it’s been frankly buggering me for rather a long while now, that there is a Kingsley Amis horror novel that now feels like the most perfect movie vehicle for Hugh Laurie imaginable. 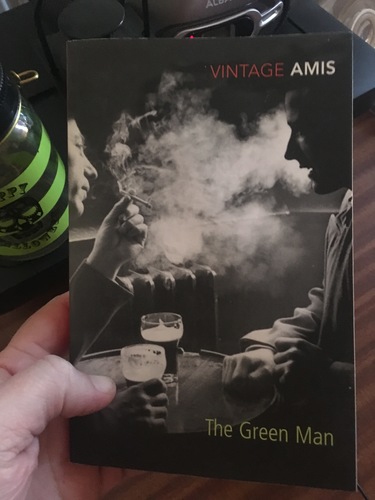 In truth, I bought this copy last year, with the intention of sending it to Hugh last Xmas, but thankfully realised just how potentially creepy-line-step-over-drop-the-knife that may have seemed, so happily keep it on my shelf. The Green Man is a problematic (it’s Kingsley Amis) but truly thrilling and haunting tale of an alcoholic charmer of a hotelier at The Green Man – an esteemed inn somewhere between London and Cambridge – and his kinky temptation into a world of graverobbing, supernatural trysts and comical threesomes. It’s about addiction, and sex, and evil spirits, and trees, and the newly revived Hammer studios could make it the greatest work of Folk Horror of this century, their best new motion picture to date.

Nobody could play Maurice Allington like Hugh. Nearly 30 years ago the BBC made a superb TV adaptation of its time, with Albert Finney in the role, but for an updated cinematic experience, Hugh would get my vote: and if he didn’t seem to have now retired, Finney should play Laurie’s father, the role originally perfect for Michael Hordern. And most pleasing of all, perhaps the best character in The Green Man, the sexually ambiguous atheist Vicar played by Nickolas Grace on the BBC... well, Fry could be given no better box of tricks as an actor. Plus, Maurice and the Vicar form quite a comical duo as they attempt to exorcise the spirit of The Green Man... 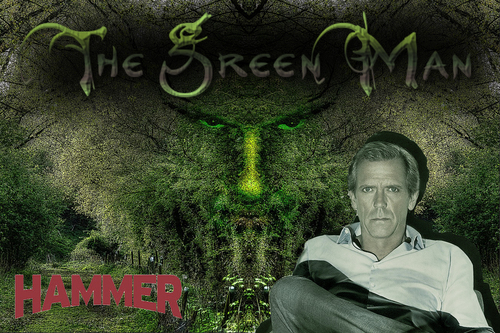 And this, is the most unprofessional blog I will ever write.

HAPPY HALLOWEEN AND THANK YOU TIDYMAN’S CARPETS AND PLEDGE IF YOU HAVEN’T!