Sound Name! My Favourite Sketch! (EDIT: And deleted by some scumball claiming copyright either on behalf of the BBC or Dave – either way, fingers crossed that villain already caught a juggernaut in the small of the back while bending over to pick up a penny mid-motorway.)

... Actually, it isn't *quite* my favourite sketch, not when Berent's Cocoa and Gay and Marmalade and the Dalliards all exist, but it is a sketch dangerously close to my heart.

But first of all, a hello and a welcome to this slightly awkward and unnecessary #SoupyTwists Friday update, which was inspired by seeing an all-time hero, Bob Mortimer, officially one of the two or three funniest human beings alive, FINALLY give Stephen and Hugh some respect, several episodes into Gold's fun but flimsy TV nostalgia fest, 'My Favourite Sketch'. I did try to interview Vic and Bob for Soupy Twists – they being such close buddies in the early 90s, and co-stars of Christmas Night With The Stars and so on – but received the reply that they didn't think they had anything to add. Not that I took that as any kind of slight, but having Bob prioritise ABOF&L in his favourite sketch list was a lovely consolation, so I couldn't resist mentioning it here, and uploading it (for as long as it lasts!). 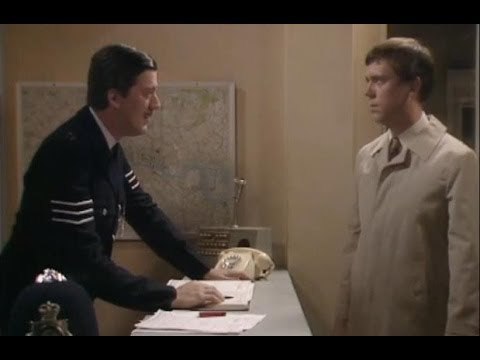 Even more astounding was his choice of sketch (which he admitted at the top of the programme was off the top of his head), as the vignette about Mr Nippl-e and his missing vehicle was the very first comedy sketch I ever performed. The worst part of 30 years ago, at Ludlow C of E School, a charity show was staged on the day of the STONKER – Friday 15 March 1991 – perhaps the best Comic Relief Red Nose Day ever. As my three-years-older brother and his mates had claimed sketches like 'Jewellery' and 'Psychiatrist', I had to force my then best mate Steven Cox to join me in this pick from the first ABOF&L scriptbook.

And then, more horrifyingly, I remembered my brother had sent me a VHS with an early camcorder recording of that lunch break, and so I pressed 'Play' on a video for the first time in years, and there we were. Small, round, piping-voiced, and thoroughly shit, but performing Stephen & Hugh's words (albeit, a lighter was too small for stage, so we made it a shoe, and we had no Policeman uniform, so I dressed as a yuppie taking down Mr Nippl-e's details for charity work). I have an avertion to personal nostaligia, so sharing something like this is anathema to me, but here's a brief bit of us doing it anyway, aged 12 3/4: 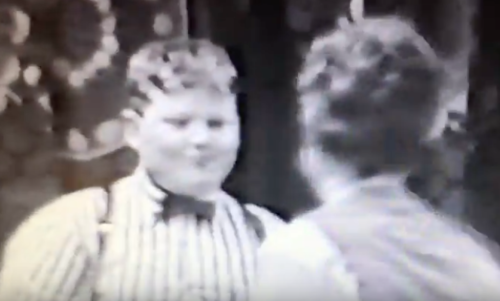 And if that's not weird enough, here's a GERMAN REMAKE of the same sketch!

The point of this oversharing is, at this age the most supreme pleasure I knew in life was to be allowed to stand in front of the English class with a little friend and perform a sketch – sometimes Python, sometimes Absolutely, but most of all, the sketches in the ABOF&L books were always the best. It breaks my heart that the books are out of print – even if someone has digitised the oeuvre and put them online. I specifically begged Michael Joseph, Fry's literary agents and controllers of the copyright, about the chance of editing an all-new collection  of F&L sketches, bringing together all the previous books, plus missing sketches from Saturday Live, Cellar Tapes, Hedge Sketch and suchlike. But they quite deliberately encouraged a flea to take possession of my internal ear cavity, and metaphorically kicked me out of the email equivalent of the door.

The hope is/was that SOUPY TWISTS would do well enough to change their minds and encourage S & H to back us up in this desire to bring their work back onto the market, as it were, but we'll just have to see. We've run out of publicity, sadly – BBC Radio Shropshire last week was a boon and a pleasure, but the last interview we had lined up – and although there is a hope we can stage an event to mark ABOF&L's 30th anniversary in January, and although I have spoken to Unbound about creating an audiobook version, and although there is a chance of a proper USA release at last… there is little else to do now but keep hoping the nice reviews continue to rack up in the usual online retailing areas, and that we may get some good mentions in the newspaper Xmas round-ups. In private, Stephen's sister Jo has said kind words, as have a number of his close friends including the wonderful Kim Harris, but Stephen has been so busy with Heroes, we've yet to receive our promised 'release tweet', and Hugh has gone entirely off the radar... but we have no doubt the colleagues' kindness will bring us back into their ken eventually... And no cricket bats will be required.

If you have been, that's nice. 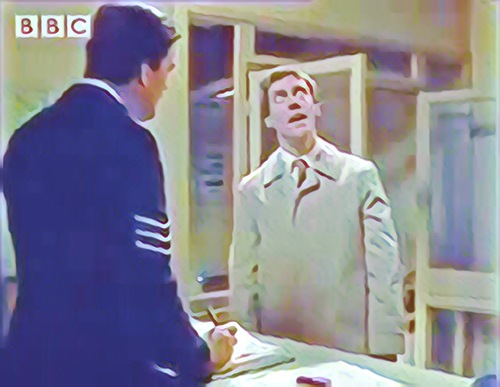