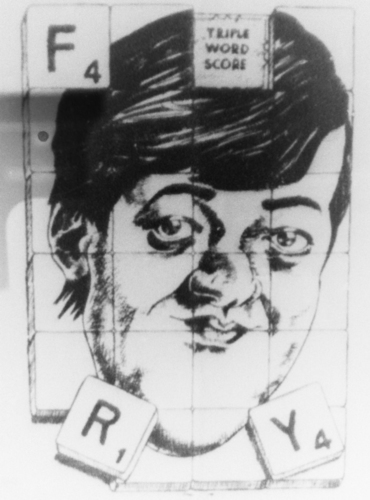 It seems bizarre that we have had three birthdays come and go for our colleagues in the making of this official biography – it's been like an unpaid job which has gone on far beyond any imaginings, but from which I will soon be fired.

But I say, here's fun: this probably penultimate blog after all these years allows me to share something with you which didn't fit in the book, as a special birthday treat for Stephen – the colleagues' entry in the 1995 Comic Relief book: 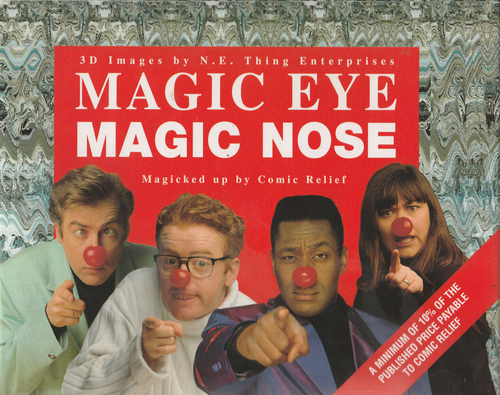 Actually, in truth, it was one of those tiresome 'Upper Class Wits' affairs which I know irked Hugh in particular, pigeonholing them both as toffs, but as they were pretty much done as a double act when the book came out, I'm not sure if they ever even really acknowledged it, let alone were able to actually make out the hidden image on their spread:

Does Magic Eye work digitally, on a screen? I know it never even worked for me on the page, I could never quite position my eyes in the right place, but in case it works for you, here's the page:

… And a touch of doggerel probably not written by Richard Curtis.

And for those, like me, who have normal eyes, here is the solution. 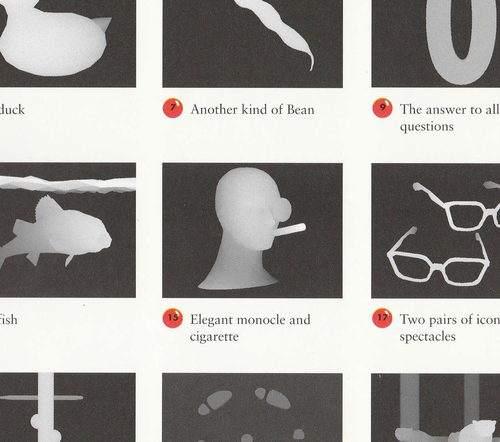 Well, I mean to say. Something. Or other.

Less than three weeks until our launch party at Bloomsbury's Museum of Comedy, where I'll be performing some of the unused Fry & Laurie sketches Stephen sent me in a special hour-long show with comedian and podcaster Paul Gannon and special guests, Hitchhiker's Guide stars Samantha Béart and Toby Longworth. We're getting it ready for you now, along with all the other promises. Slight nightmare at the moment, in that Stephen has kindly provided his signatures for the signed copies you may have pledged for... but Hugh has gone AWOL without doing so, and may be disappearing into a character on the other side of the world. We're doing all we can…

Anyway, may a lovely day for Stephen unfold, and everyone else share in it. Tinkerty-tonk.

PLEASE find a way to get Hugh’s signature