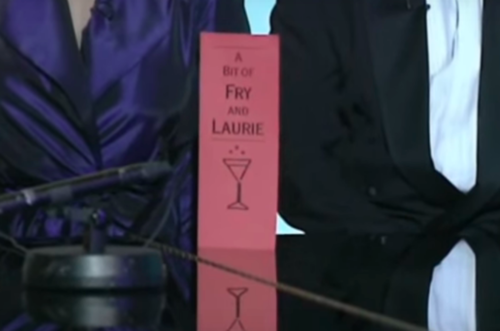 We have reason to raise a glass and celebrate, my dear Soupy pledgers – this week, the official story of Stephen Fry & Hugh Laurie's friendship and comedic partnership, has FINALLY gone off to the printers, only a year late! If ever there was cause to shake a cocktail shaker, that must be it.

In addition, the 40,000 word bundles of hitherto unseen ABOF&L material is ready to PDF (note: some of the material is also in the book, but pledgers have more than DOUBLE the amount!), Mr Fry has provided the signatures for the signed editions (just waiting for Mr Laurie to snap out of his understandable Dickensian funk), and for those three remaining MAD PERSONS who have pledged to come to Bath for cocktails and a snoop at my comedy rarities folders... just get in touch! 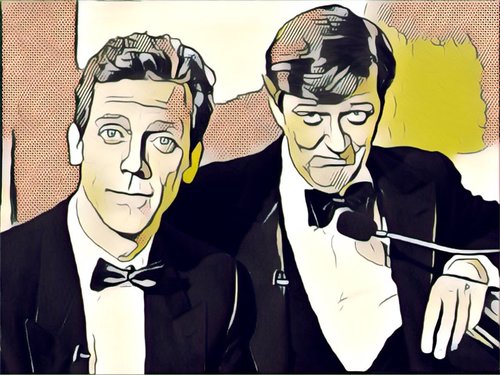 But the main remaining pledge reward is of course THE BOOK LAUNCH ITSELF – the closest thing there has ever been to a Fry & Laurie fan convention, I suppose, where we will offer drinks and hubbubbery and signings, and above all, an hour's private cabaret, in which I and a small group of exciting professional comedy performers will be bringing a seclection of sketches and songs, both well-beloved, and rare stuff from the book never performed before – and even EXCLUSIVE Fry & Laurie sketches not even in the book, nor the pledge material bundle, which will only be shared via this one event! Sadly we have no piano, so ukulele will have to suffice, but believe me, this will be a unique and must-attend event for all lovers of Stephen & Hugh's sophisticated silliness...

Now. The nub, point or thing is – we had 14 pledges for this event, plus a +1 each, and Unbound say that generally half of such pledges are seen through, so that may be fewer than 20 attendees. There will also be some Unbound staffers, friends, and maybe Stephen & Hugh's close friends in attendance – though undoubtedly neither colleague themselves will be there: imagine the embarrassment for them! And the terror for us, performing their lost material in front of them! Doesn't bear thinking about. 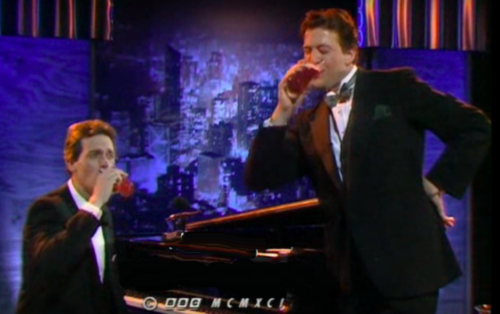 Anyway, the chosen venue can fit about 80 folk in, and we're currently looking at maybe 20-30 people or so being there. So it seems a shame not to open it up somewhat, what? THOSE WHO HAVE ALREADY PLEDGED CASH FOR THIS, please be assured, you will be given VIP treatment, a drinks tab, and if you still feel short-changed, have a word with me and I will send something else to make up for it. But we do want a nice big crowd, so anyone who wants to buy a book on the evening can come along and join the throng, I'm sure. Best to get in touch at jem@jemroberts.com if you want to be sure of a seat.

The Soupy Twists Launch Event – an hour of completely un-performed Bits of Fry & Laurie, plus book signings and celebrations aplenty – will take place at The Apollo Room, The Crown Tavern, 43 Clerkenwell Green, Clerkenwell, London, EC1R 0EG, on WEDNESDAY 12TH SEPTEMBER at 7.30PM. Put it in your diaries, see you there, and let's all raise a toast to a brace of the finest funnymen in the history of British Comedy. Bet you can't eat three. 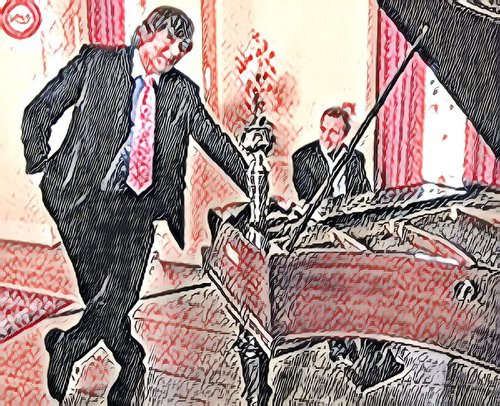