Hello, good July, greetings, and a merry Soupy Twists Friday to one and some others!

The book MS has just gone off to our wonderful Indexer, which allowed me a fresh look at the latest state of the text. One thing which struck me when I first saw the designed version, was that something was missing – a dollop of pizzazz somehow, to lift the story off the page at particular key moments. What I wanted was a series of cocktail designs to mark each section. I could picture them in my head, like neon cocktail bar signs, pertinent to the following wodge of story, but not being the greatest artist in the history of the Earth, this was obviously something I thought Unbound would be able to do in a far more professional way...

Sadly, that never came to pass, and so I have been forced to do it myself after all, and I'm pleased to see at least that *one* of my designs have been included, at the very end of the main text. Not quite what I'd hoped for, but I'm learning to accept these tiny victories as some indication that I am still alive, which surely counts for something.

With the Index underway, there's no more room for changes, though the constant march of Stephen & Hugh's careers means that the endpoint of our story can only get more and more out of date. I alluded to the unlikelihood of a second series of The Night Manager, and now there are whispers that the script is already in the works. But tush, if I may tush, we have to call it a day somewhere, and hopefully the end of our story will serve as a fitting testimony to the Fry & Laurie partnership for years to come nonetheless.

Small world, by the way, if not minute: up in Shropshire this weekend, my cousin-in-law in Craven Arms – a brilliant carpenter – informed me that all his wood is provided by one Ran Laurie; Hugh's cousin, it seems, who has become a Salopian like myself.

Anyway, it may only be of interest to a few, but it seemed a shame to waste all these designs, so extra content coming up – my cocktail icons, and where they were roughly meant to be. As you can see, the glasses were slightly anthropomorphised, and were supposed to reflect the stage of Stephen & Hugh's careers at each juncture. Perhaps you can print them out and stick them to the top of each chapter, as intended.

On the other foot, if you think 'Jesus Meddlicott, is this what I pledged my money for, this infantile scrawl?' then I would say to you, firstly, that you're unnecessarily rude, secondly, that I did intend for a better designer to re-do my work, and thirdly – only one of my images has made the finished version anyway, plus one by the gifted Darrell Maclaine-Jones.

Oh, and PS: A few folk have started to ask about the launch party. I would rather like to get some idea of what the blinking flip the deal is myself. My hope is that 'we' can find a central London venue for cocktails and a small cabaret, perhaps on a Saturday evening in late September, but perhaps I'm expected to actually book the venue and so on... which is unwise, but we shall see. 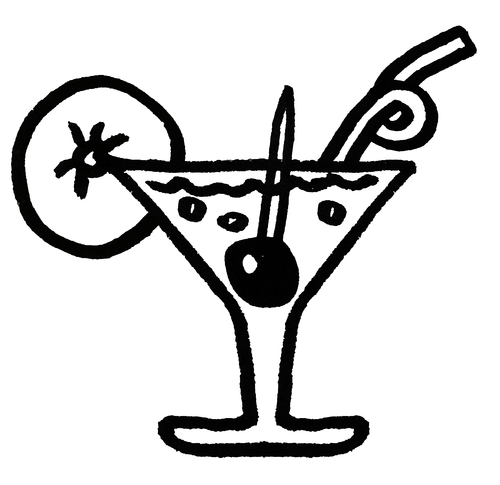 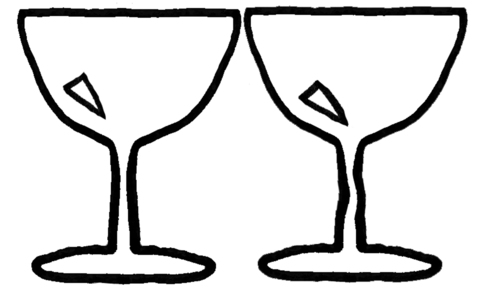 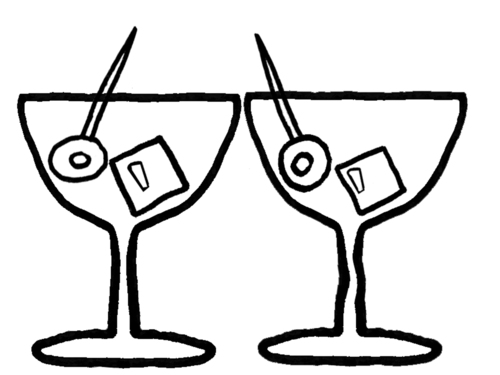 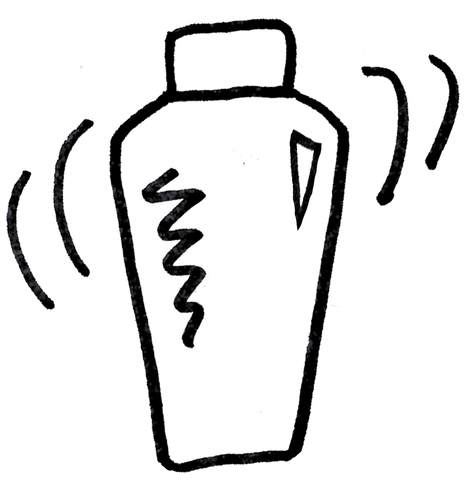 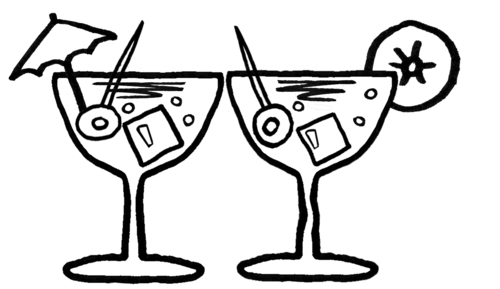 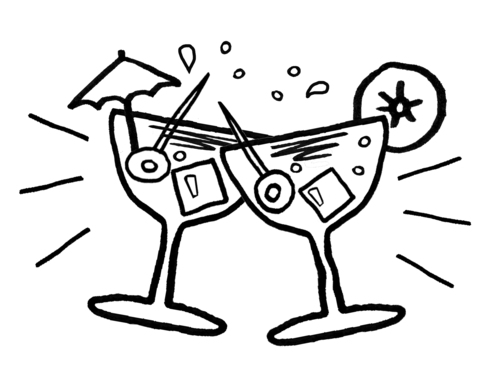 I like this idea of the gradual construction of a cocktail. They should have used it.

Just crack on and get the damn thing published. I pledged for this book back in September 2016 and I'm beginning to wonder if I'll see it in my lifetime. Perhaps I should have put my (future) grandchildrens names in the back instead......