All My Life It's Been A Mystery...

YOUR FACE MY ARSE.

No, sorry, that's no way to impart information, is it? Let's begin again. 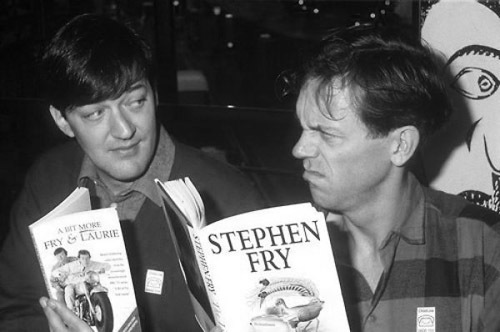 I'm very well aware that I promised the last update would be the penultimate before the handover of the Soupy Twists manuscript, but well, it's a dismal Friday, given the Local Election results, and any source of levity is welcome on a day like today. Despite the mammoth challenge I face preparing this book for the publishers, of which more anon, I still had a few nagging questions for our colleagues which, Columbo, style, I could not let lie while I had access to such great stores of comedy knowledge. And anyone who's seen the "A Bit of Fry & Laurie" pilot will not be able to forget this:

It's a short extract from 'Selected Video Works 1970-78' by American Artist William Wegman, and it's never been remotely explained, as the one SPECK of material in all of ABOF&L not created by Stephen & Hugh. Was Wegman perhaps a friend of the colleagues? Did they owe him a favour? What could have possessed them to go with this? Well this morning, an answer to this question came directly from a freshly caffeinated Stephen, in no time at all:

Q: The William Wegman deodorant clip in the ABOF&L pilot – how, why, etc? Such a strange incongruity, with hindsight, but are you happy it's there?
A: We had thought to ask art students in the very very very nascent branch of video to contribute little clips that might be worth inserting (rather in the way Python had Gilliam) unfortunately WW’s was the only one that was submitted! So we shoved it in the pilot but lost belief in the idea once we went to series.

I hope there are many comedy geeks out there who will sleep better sleeps tonight as a result of this mystery finally being solved. I know I will. Try to.

Anyway, returning to this big woolly elephant of a challenge. I'm sorry to say my finished manuscript is around 7,000 words over, with no hope of an extension, and I have written very tightly throughout – for instance, I would have loved to lavish pages on Delve Special and David Lander, a crucial early comedy character for Stephen, with lots to write about. Fearing the editing process, I had to keep the total coverage of the whole Lander project to maybe a couple of paragraphs, less than a page. I've done this throughout, for fascinating topics which aren't 100% germane to ABOF&L itself. And ever since my first book was slashed to pieces, I've always tried to avoid waffle. So where the 7,000 words of cuts will come from, I cannot fathom.

Admittedly, this time I do have the option of posting any cut sections on this blog, but I know there's a lot of heartbreak ahead for me as chunks are considered for deletion. Right now I am combing through the book from start to finish one last time, tightening everywhere I can, in the hope that the cuts I make will reduce it enough for Unbound to somehow squeeze what remains in (do you pledgers really need legible typeface size? Is it really that hard for you to buy a magnifying glass if we print it in 8 point font? Come on, work with me here). But over the coming weeks/months, I can at least share with you some of the stuff which I've had to drop from Soupy Twists in order to get the book out for you.

Until next time, then, you will never understand how much I love you, and of course: 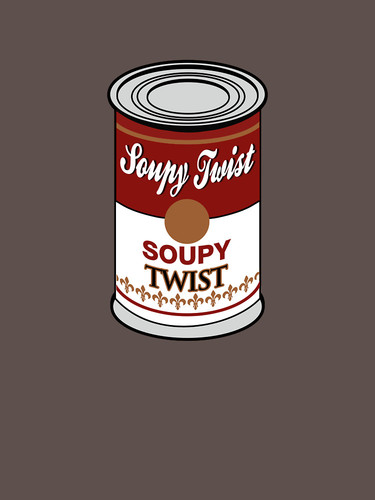