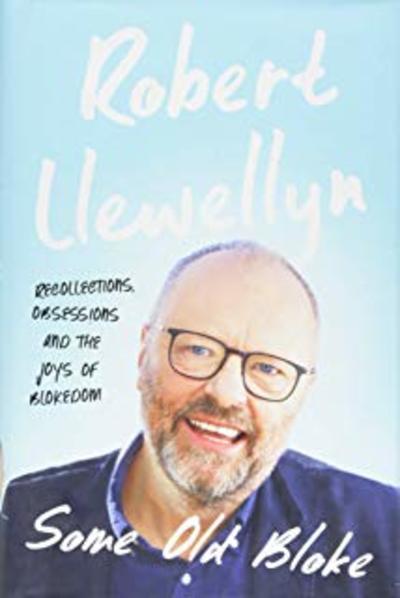 Biography
You made Some Old Bloke a reality. It's available in all good book stores now.
$8
120 pledges

2 invites to the launch party, 1st edition hardback, and the ebook edition
$3,000  + shipping

A special thanks printed on its own page in the front of the book, plus 2 invites to the launch party, 1st edition hardback, and the ebook edition

For the last two years I have been ‘writing a book.’

It was going well. It even had a couple of jokes in it.

And then Brexit happened.

I wasn’t surprised by either result.

However, it totally put the kybosh on Josh Joshi and the Great Divide.

It’s not that I couldn’t ever write it, it’s more I can’t write it now.

The upheavals are so dramatic, so game changing that none of us have had enough time to absorb the possible consequences.

I’m not even saying the choices the British and American voters have made are bad.

Well, okay, the Trump isn’t going too well for the rest of the world, he is a pitiful, insecure narcissist bully with enormous power but who knows. He may be just the thing the world needs.

You see, it’s so crazy we can’t even be sure just how crazy it is.

And Brexit, either the most sensible decision ever or utterly bankrupting xenophobic disaster, who knows.

I have launched this book on Unbound with every intention of writing it, quite a few people supported it and that drove me on, but then, like many, I got ‘Trump stumped.’

However all is not lost, well, let’s hope so for the entire world, but in the microcosm of Unbound and my next book, all is also not lost.

For the past several years I have been gathering notes, old diaries, pictures and ideas for a light hearted but occasionally philosophical autobiography.

A couple of years ago, after a Christmas Day family dinner, my wonderful son scrawled a drawing of me which he titled, ‘Some Old Bloke.’

I kept the drawing, it’s not flattering, the description of his father as some old bloke made me laugh so much I almost choked on my mince pie.

It felt right, it fitted like an old coat. It may change, but at time of writing that’s the title of my autobiography.

I didn’t want to write an autobiography that is published just before Christmas because Auntie Maude will buy it for young Kevin because he might like Red Dwarf or Scrapheap Challenge.

Glance at the book offerings at any supermarket the months before Christmas and you’ll see rows of such tomes with pictures of people off the telly on the cover.

I’ve also never sailed around the world single handed, climbed Everest for charity or had a massive drug problem and been through re-hab.

But I’ve done quite a lot of odd things around the world, been to amazing places, seen incredible things, survived, learned from my mistakes sometimes, endless repeated them at others.

I did publish ‘The Man in the Rubber Mask’ back in the mid 1990s but it was very specifically about my experiences on Red Dwarf and not much else.

However, since I’ve turned 60, I’ve had to accept that I have learned quite a lot.

I’ve forgotten most of it as you do, but that’s where my copious diary keeping comes in.

So now I’m very confident I can write an interesting, challenging, funny, revealing and insightful autobiography.

So here’s the choice for the amazing people who put their faith and money in me and Josh Joshi.

No one is going to think badly of you if you say, ‘Screw that, I want my money back.’

But just before you do storm off in a huff, here’s the bit I hadn’t mentioned.

I have written about 20,000 words of Josh Joshi and the Great Divide and I will include that. I am converting it into a short story which will be at the back of the book.

I will also include several other book ideas I’ve worked on but never revealed or published.

The man who hires a private detective to spy on himself to stop him philandering. It goes horribly wrong of course.

The woman who suddenly becomes wealthy when she discovers her recently deceased husband was a ‘pre-investor’ with a Russian cyber-bank, (sales pitch to be delivered in a thick Russian accent, ‘You cannot go back in time, but your money can.’) Shortly before he died he bought properties back in the past for peanuts which are now worth billions.

I will also include, and this is deeply humiliating, a work diary I have kept from 1986 to the present day.

A beat by beat history of the painful process of putting on plays, writing books that never got published, some that did get published, sudden explosions of interest from film companies that came to nothing.

Dozens of pitch meetings and re-writes and rejections.

It’s a revealing insight into the struggles of a largely self-educated writer and the endless pitfalls, rejections and half-baked mistakes I’ve made.

If nothing else, it reveals the truth that with bottomless determination and perseverance, even a thicko like me can eventually get a book published.

So, I hope you’ll consider it.

1st edition, and the ebook edition
View all 6 rewards