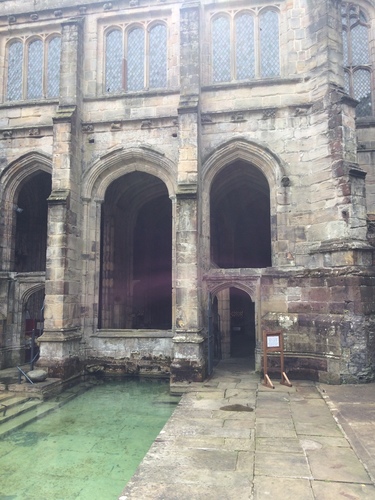 One of the bewitching elements of the masterpiece which is Sir Gawain and the Green Knight is that its mediaeval writer is completely unknown. Yet, occasionally, the poet gives intriguing insights into who he was and where he lived – none more so than his descriptions of the landscape in which the poem is set; in particular his fascinating description of North Wales. Does this shed a light on who he was?

We know from the dialect of the poem – that of the north west midlands – that the poet was neither from the far north of Britain and nor was he from the south. Yet there can be little doubt that he was an English writer and most likely from the North West; in particular because of his descriptions of the landscape of the poem which encompass North Wales and what is believed to be the Staffordshire Roaches.

The jouney across North Wales...

His description of the journey through North Wales in Fitt 2 is wonderful in its evocation of the salient landmarks of the coast which anyone who has travelled the coat road will fully understand. As the Gawain- poet relates:

Ther he fonde nozt hym byfore the fare that he liked;

Had he no fere bot his fole bi frythez and dounez,

Alle the iles of Anglesay on lyft half he haldez

Over at the Holy Hede, til he had eft bonk

Where he found nought before him of the fare that he liked.

He had no friend but his horse through forest and field,

Nor no guide as he goes to speak with but God,

Till he neared full nigh into North Wales.

All the isles of Anglesey on his left he beholds,

And he fares over fords between foreshore and foothill,

Crossing at the Holy Head till he found land again

In the wilderness of Wirral; few there did live

That loved with good heart either God or great men. 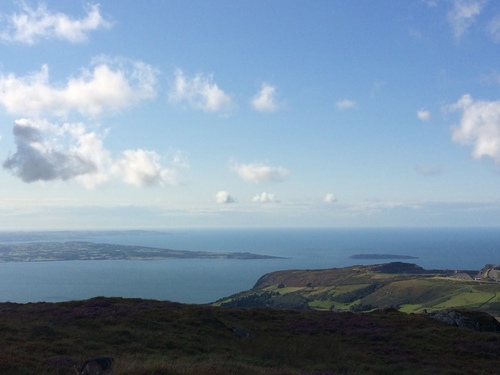 Image: the view of the "Isles of Anglesey" as described by the Gawain-poet

What a wonderful description! Anglesey in all its splendour; Gawain being forced (as an Englishman – or foreigner - no doubt) to take the low coastal road rather than risk the hills; the arrival at Holywell (the Holy – well - Head of the poem); the great tongue of land that is the Wirral. It is quite likely, therefore, that the poet knew this journey well and had indeed made it himself. His is a distinct and finessed geographical knowledge.

Into the Staffordshire Roaches

The links with the Staffordshire Roaches are less specific in terms of locations and yet the poet’s descriptions of the landscape of this region are evocative of its unique craggy silhouettes:

Then he looked round about, he thought it most wild,

But high banks all bleak upon both sides,

And rough-knuckled knolls of rocks and stone;

Those scouts scratched the sky, it seemed to him.

In the Roaches, the crags are indeed like knuckles which appear to scratch at the sky. More, of course, we have the Green Chapel itself which I have discussed in another update. If we are correct in linking this dark and mysterious place with Lud’s Church and Wetton Mill, then we can see that the poet not only had a broad knowledge of geography but also an intimate one too, for neither place is easy to find nor naturally on a journey from one place to the next. 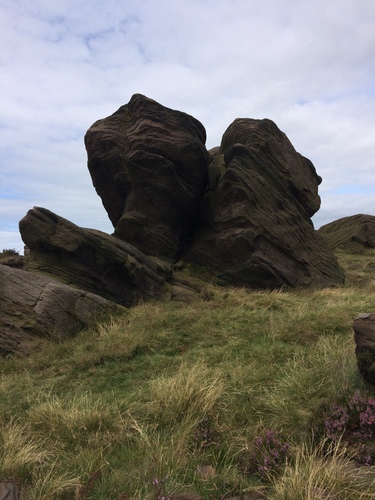 Image: the distinctive "rough-knuckled" rocks of the Staffordshire Roaches

Given the intimate nature of the Gawain-poet’s knowledge, it is intriguing to think that he was someone who moved with mighty people, crossing significant areas of territory perhaps on official duties and residing in country estates where he might venture out. The similarity between his journey across North Wales with that of Richard II on his return from Ireland in 1399 in truly fascinating.

Yet the secrets revealed elsewhere in the poem, which I discuss in greater detail in my forthcoming book, also show a man who travelled not just in the North West but far and wide. The secret geography of Sir Gawain and the Green Knight is not necessarily what the poet tells us directly, although this is important. It is the indirect nature of some of his descriptions which paint a much more informative picture of who he was, and where he operated, as you'll read in the book.. Something more to look forward to when you receive your special pledger’s limited first edition!

Thank you once again for all your support in helping make this new, richly illustrated telling of Sir Gawain and the Green Knight a reality. If you know of others who would like their own special edition, please ask them to pledge too!