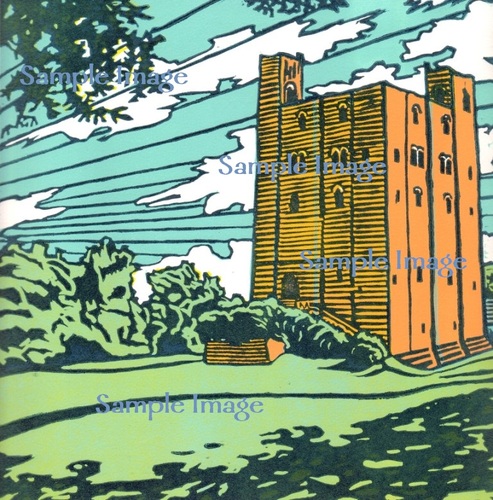 In the last decade or so, there has been a significant change in the understanding of castles in Britain. In addition to sophisticated architectural reconstructions and the innovative use of techniques such as lidar (light detection and ranging) in showing the lie of the land, much work has also been done into the concept of the castle as statement.

In truth, this should not come as a surprise. If we consider the illuminations in the Tres Riches Heures of the duc de Berry, we can see immediately that the role of the castle was one of a statement. A statement not of military power but of personal prowess: the homes of great people, built at great expense.

Of course, in their early years in Britain, most castles were built for military purposes using the motte and bailey method of construction. They were built quickly, possibly using prefabricated parts, and were designed not just as fortifications but also as areas to hold livestock and living accommodation for large numbers of people.

Yet even with these primitive castles, the motte is not so much military as demonstrative. The wooden or stone keep atop the motte (or even with a motte built around it such as at Ascot-d’Oilly, South Mimms and Lidford) was designed to reflect status. Wealthy people lived in a raised building on the first floor; keeps were accessed at this level.

The idea of the keep as a last line of defence is too nuanced. Yes, they were defensible in their own right but truly if things got so bad that only the keep was holding out, then it wouldn’t take long for the keep to fall without relief.

Instead, we must see keeps (for example those at Hedingham, Orford, Rising and Rochester) as impressive homes built with great craft as exemplars. Rising and Hedingham possess some astonishing detail work of great quality; that at Norwich (though restored in the nineteenth century) possesses on its exterior some simply magisterial Romanesque blind arcading designed for aesthetic rather than military purpose.

As well as architectural detail, castles impressed also by location. At Chepstow and at Goodrich, the castles rise magically above the river, deliberately designed to be seen from below. On the Loire in France, great keeps (such as Fulk Nerra’s masterpiece at Loches) can be seen for miles around. Caernarfon in Wales is a deliberate copy of the magnificence of Constantinople, rising almost magically by the river’s edge in stunning symmetry with its reflection.

Across England and Wales, the castle in the landscape was indicative of lordly power but it was also about appearance, status and taste. By the later middle ages, we begin to see castle construction – particularly in new build castles such as Nunney and Bodiam – as a wilful aesthetic process, with military functionality becoming in a way vestigial. Indeed, at Bodiam Edward Dalyngrigge built a viewing platform and contrived a complex access route so that visitors could be overwhelmed by the magic he had created.

Hautdesert - the magical castle of Bertilak 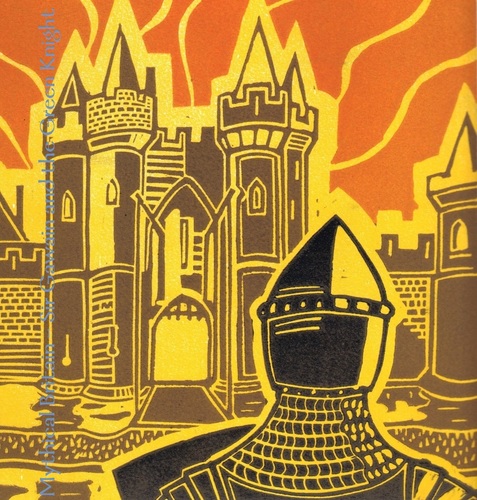 How is all this relevant to Sir Gawain and the Green Knight? In my forthcoming book, as well as delivering the translation of the poem, I also reflect on the role played in the poem by the castle of Hautdesert. Hautdesert is a statement castle in itself, set in a park and built in the latest style. It is a new build castle, not an accretion of past buildings. Hautdesert is very much a building in tune with the late middle ages, rather than the early.

In my work, I will reveal some interesting elements in Hautdesert’s description which help us move closer to identifying the age of the poem and possibly adduce the poet’s identity. All part of how I’ve tried to make this book not only a celebration of the Gawain-poet’s language and technique but also a practical insight into what was going on around him when he first put quill to paper all those years ago.

If you would like your own copy of my illustrated translation of Sir Gawain and the Green Knight you can order the collector's edition (Hardback pledge option). This will be a completely different edition to that sold in the trade and will include special covers, bound in bookmark and many other de luxe features.

I am currenlty writing a translation of the Alliterative Morte Arthure, King Arthur's Death, (also through Unbound) which sheds even more light on the life and times of fourteenth century society - much in an unexpected way. If you would like to pledge for your own copy and have your name in the back as a supporter, please click here

​ Image shows one of my linocuts of Hedingham Castle in the county of Essex, one of the great homesteads of the de Vere family.