The fabulous hunting scenes in Gawain and the Green Knight

Sir Gawain and the Green Knight is rightly famous for its depiction of hunting – a favourite pastime of Richard II himself, in whose reign this fabulous work is thought to have been written. The inclusion of such sport is a masterstroke by the Gawain Poet in support of the main narrative: while Lady Bertilak hunts Gawain in the castle, her husband, Lord Bertilak, is away, hunting in the fields.

Each hunt is a perfect foil to the temptation and trickery going on in Hautdesert, adding tension and delicious flavour to the story as well as furnishing it with core elements leading to Gawain’s shameful fate at the hands of the Green Knight in the cold dampness of the Green Chapel.

Irrespective of plot, the poet also reveals in his writing an intense understanding of the rules and ritual of the mediaeval hunt. More, whether hunting for deer, boar or fox, the poet not only captures the spirit and mindset of the animals themselves but also shows how well they knew their natural environment. 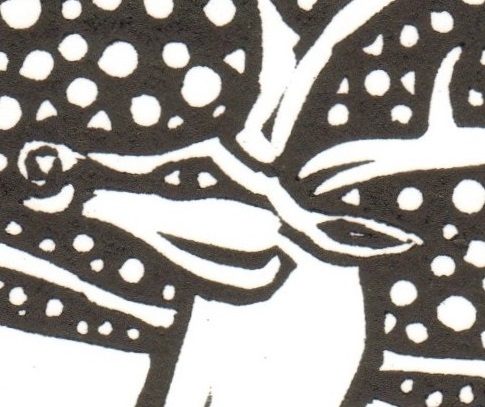 Bertilak’s first outing, hunting for deer, is the most ritualistic of the three hunts described. We are introduced to the method of hunting, the rules associated with how the deer are to be hunted and the techniques involved in bringing the animals to quarter.

...then all the wilds quaked;

Deer drove through the dale, deranged by dread,

Hastening to the heights but heartily they were

Restrained by stout beaters who strongly did shout…

When the deer are finally captured, we are famously (though not uniquely), treated to the intricate processes involved in dissembling a carcase. It is an astonishing observation not just of brutality but also the methods of butchery and the rituals associated with the process, such as casting off the “raven’s fee” when the rest of the carcase has been cut up in the correct manner. 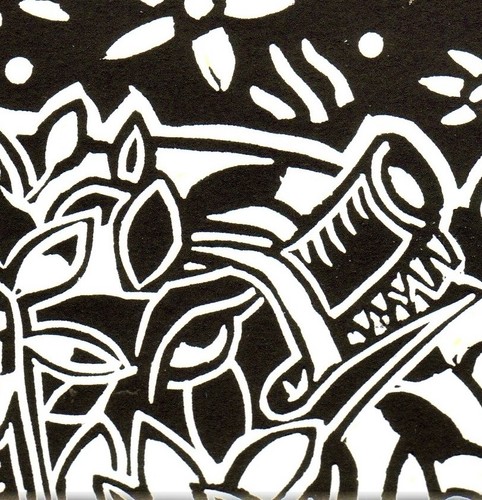 The boar hunt is my personal favourite. Here we are introduced to an aged, angry boar which, cast out from the sounder and now alone, is pursued by Bertilak and his men. We are told of the fury of the beast, his unwillingness to surrender, and his astonishing power and bravery, able to toss three men into the air in his fury. The demise of this great animal is, after the chase, a somewhat sad affair for today’s reader yet we are left enraptured by the poet’s skill in its description:

For the man marked him well as they first met,

And set stoutly the sword in the slit of his mouth

So right up to its hilt that it shattered his heart

And growling he gave, gulped by the waters 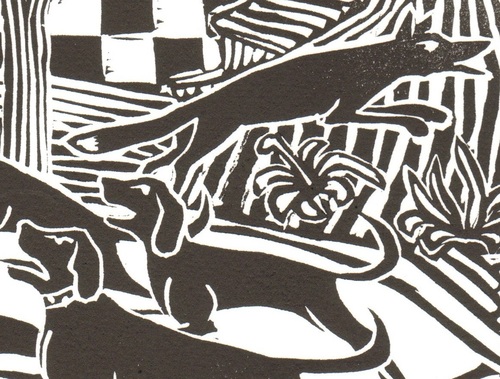 The fox hunt itself is perhaps the least powerful of the three scenes, maybe because Raynard himself is a small creature with less of the magnificence of the deer or boar. Yet what the hunt lacks in spectacle it more than makes up for in the description of the landscape and the way the animal knows its territory and makes constant changes in its flight as it flees its pursuers.

...Full oft he was run at wherever he arose

And oft also ran back, so wily was Raynard.

And that lord and his men, he led them by the heels

In this manner, by those mountains, while mid after noon…

The Gawain Poet’s achievement in describing the hunt is to create a magnificent counterbalance with goings on at Hautdesert. He takes us through woods, marsh, rocks and thickets. He explores the emotions of exhilaration, fear, brutality and triumph. He then lifts us from these events into the softness of the seductive hunt going on in the castle and plays with our own emotions as we worry for Gawain and whether his own life will be sniffed out in that strange, magic land high in the Staffordshire Roaches some six centuries ago.