I have been overwhelmed by the support shown for my work on Sir Gawain and the Green Knight. As well as the four years spent researching and translating my edition, the artwork itself has been a highly involved process. I thought I'd show supporters some of the methods involved in making the artwork itself. In this case, the illuminated letters which are to introduce each of the four Fitts of the poem (and which, curiously, also appear at random points within the original work).

As with all illustrations in my translation, they are all cut and printed by hand. In this case, because the linocuts are relatively small, I have printed the initial letters using my own Victorian Birmingham-made nipping press (instead of the Albion Press I use for my main prints). Despite its small size, this press is extremely heavy, being made of cast iron. I'd estimate it weighs almost as much as a grown man!

Note, a nipping press is an old tool used by bookbinders in the past to help in the construction of guttering on hard-bound books. Given Unbound's strong focus on book quality, I find it rather appropriate that somewhere along the way a nipping press should be used in the production of Gawain and the Green Knight, if only in the creation process! 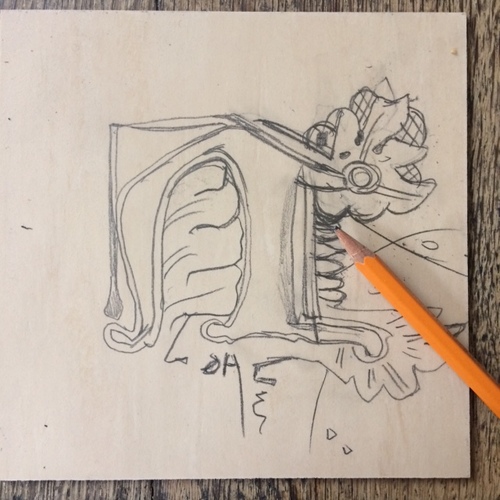 Drawing out the initial letter - based on the lettering used by the Gawain Poet himself in Cotton Nero A.x 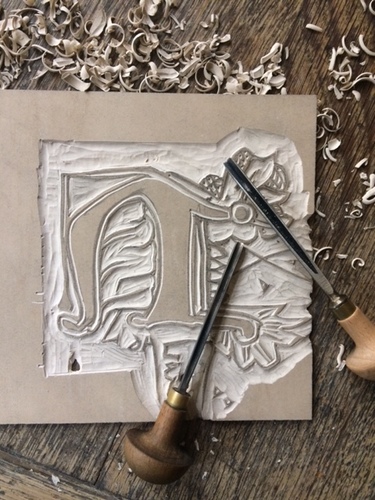 ​The letter cut out by hand. This is not as easy as it appears - one slip and you need to start again! 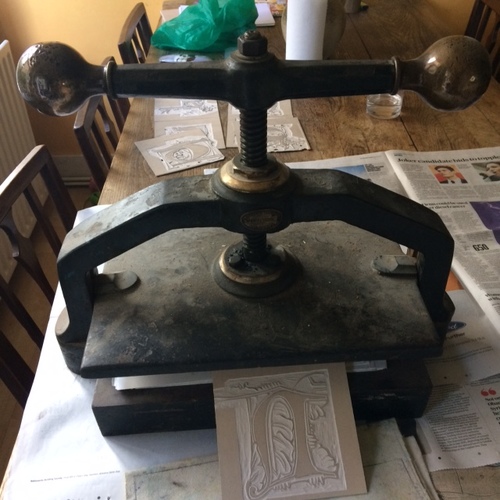 ​The nipping press - another letter N is shown in the foreground; others are on the table behind. 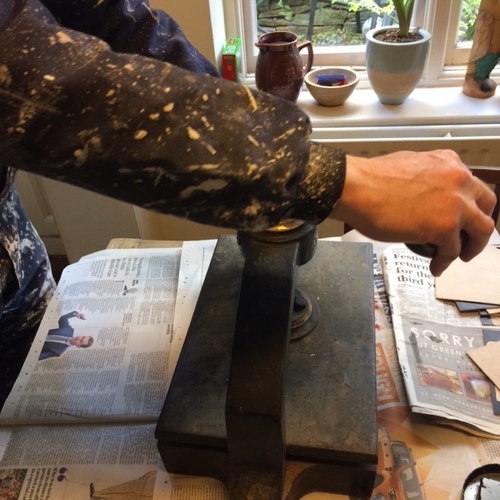 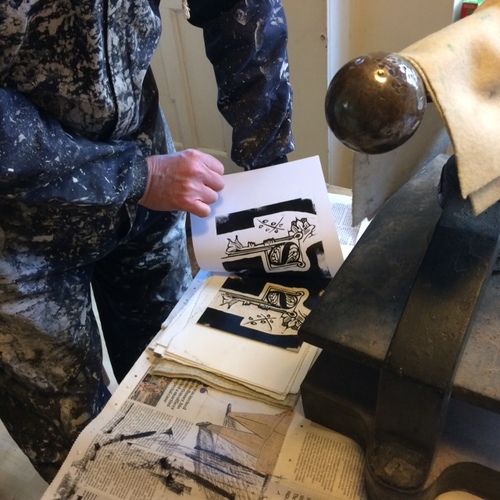 ​Checking a print; note the black borders will not be part of the final lettering in the book - they are there for inking purposes only. The felt blanket (lying on top of the handle) is used to lay on top of the print during compression. Its role is critical. You might not think so, but it is! 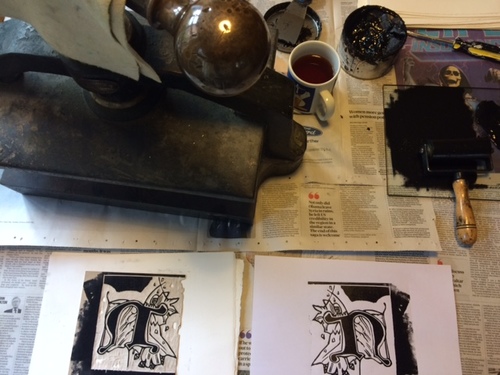 Another letter N, showing the inked block and the final print. When the letter is digitised for printing in the book, the messy black border will be deleted, showing the letter in all its glory!

​I hope you've enjoyed this brief introduction to the printmaking process and, once again, thank you so much for pledging to support this courtly translation of Sir Gawain and the Green Knight!

Just want to say how interesting all the updates are. So glad there is now a publication date, although so far away! It's inspiring to see how much love, care and dedication is going into the creation of this book - Thank You!

Thank you Elizabeth - I do apologise for delay in replying; I have only just seen your comment. Gawain marches now to July - but hopefully the wait will be worth it! Kind regards, Michael.