For the head in his hand he then holds up,

Addressing his face to those dear on the dais,

And he lifts up his eyelids and looked full abroad

And didn’t mince much with his mouth, as you’ll hear.

“Look Gawain, now you must get ready to do as thou pledged

And, lord, look for me loyally until thou shalt find,

As thou hast promised in this hall and hereunto these knights.

So I charge thee to choose the road to the Green Chapel, to fetch

Such a dent as thou dealt and deserve,

To be yielded by contract on New Year’s morn;

Therefore do come, or a coward be called, as you wish.”

With a raging rush the reins he tugs,

And hailed out of the hall door, his head in his hand,

So that fire as from flint flew from all those fast hooves.

To what kith he belongs, no-one there knew

No more than they knew to where he was winding.

The King and Gawain there

At the Green Knight laughed again;

He was blatant and full bare

A marvel amongst those men.

Though Arthur that honourable king held wonder in his heart,

He let no semblance of it be seen, but said full high,

To his comely queen with most courteous speech,

For it well becomes such craft upon Christmas,

As like an interlude to the laughter and singing

And most kindly carolling of our knights and ladies;

Nevertheless, to my meal must I now address -

I cannot forsake eating for the sight that I have seen.”

Then he glanced at Sir Gawain and gamely he said,

For all men to marvel at, who might care so to look,

And by true title thereof to tell of that wonder.

Then they busied to the tables, those nobles together:

The King and the good knight were both keenly served

Of all dainties double as befalls such dear men,

With all manner of meat and minstrelsy both;

Of the danger you can’t command

From this adventure so obtained

That thou hast taken in hand. 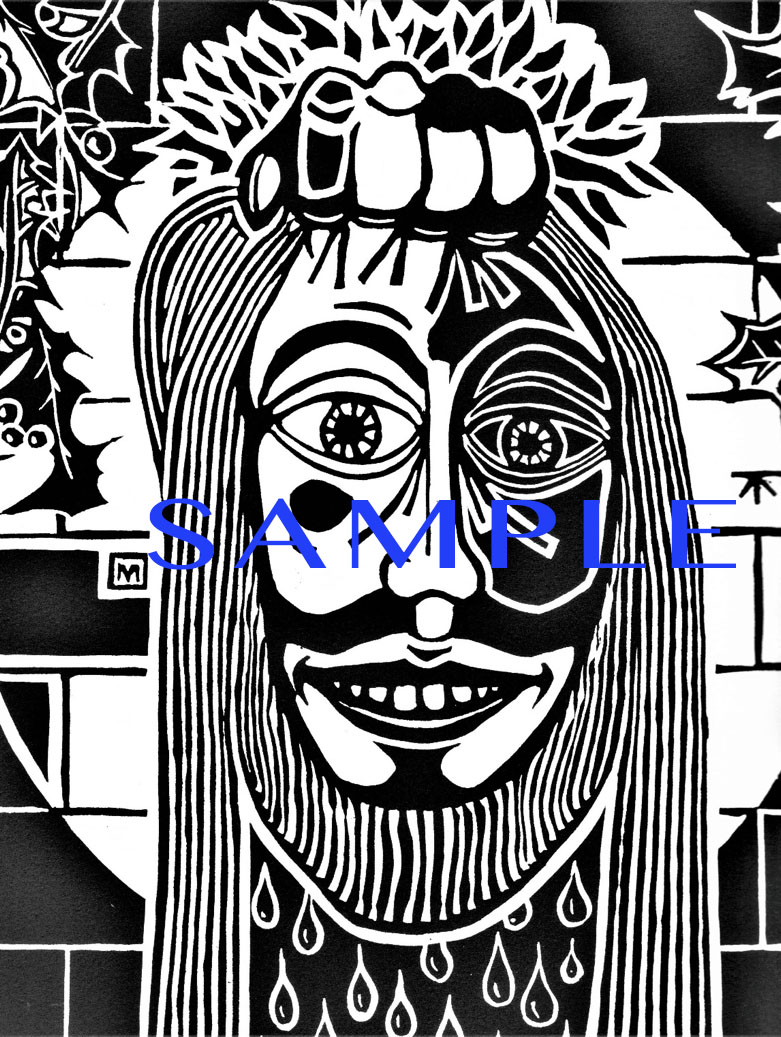 For the head in his hand he then holds up,

Addressing his face to those dear on the dais,

And he lifts up his eyelids and looked full abroad

And didn’t mince much with his mouth, as you’ll hear.

She comes to the curtain and peeps at the knight,

She gives him again the full joy of her words,

Sits softly by his side and sweetly she laughs,

And with lovely looks she let sing of these words:

“Sir, if thee be Gawain, I wonder and think

Why a warrior so worthy and in all ways so good

Knows nothing of courtliness nor of its customs,

And when men give you knowledge you cast it away;

For thou quick hast forgot what I taught yesterday

By token of the truest of talk that I know.”

If it be as you brief, then the blame is all mine!”

“Yet I schooled you in kissing”, said that comely one,

“And where such customs are cultured then be quick to claim,

As becomes such a knight who calls himself courteous!”

“Do away with such speech, my dear,” said Gawain,

“For I dare not do that lest I were denied –

And if proffered then refused, I would wit I was wrong.”

“By my faith,” said the merry wife, “who would refuse you –

Who has stout strength enough to constrain as you like

Any who were so villainous as would deny you?”

“Ye by God,” said Gawain, “your speaking is good

When a gift that is given is not made with good will;

I am at your command to kiss when you like;

The lady bows low down

And sweet does kiss his face,

With much speech they then expound

Of love’s grimness and its grace.

“I would wish to learn of you ”, that worthy she said,

“If you were not wrathful, what would be the reason

That so young and so youthful as you at this time,

So courteous, so knightly, as you are known widely -

And in the chronicles of chivalry the chief thing most praised

Is the loyal lore of love, its letters of arms;

For it tells in such teaching of the truest of knights,

In the title and token and text of its works,

How out of loyal love ventured lords for their ladies,

Endured for their doting the most dreadful of days

Avenged with their valour and avoided all care

And brought bounteous bliss to the bowers of their ladies -

Yet you, the most courteous known knight of your age,

Whose word and whose worship walks far and wide,

And has sat by yourself with me two different times

Yet I never heard your head herald those words

That ever spoke love, neither little nor lots;

You who are courteous and crafted in manners

Ought to a youngster be yearning to show

And teach some tokens of true love’s crafts!

Why! Are you low-witted, for all that you wield,

Or else deem me too dull for your dalliance to harken?

I come here single and sit

To learn from you some game

Do teach me of your wit

While my lord elsewhere seeks fame.”

“In good faith,” said Gawain, “may God yield you wealth!

It brings me great glee and also huge joy

That so worthy as you would wind up here

With all kinds of compliance – it comforts me greatly!

But to trouble myself to expound on true love

And teach of the themes, texts and tales of chivalry

To you who - I know well - has far more skill

In that art, by half, of a hundred of me

As I am now or ever shall be, so long as I live on earth;

It would be folly full-fold, fair lady, in truth.

But I would at your willing work with my might,

As I am highly beheld, and evermore will

Be a servant to you, so save me dear God.”

Thus this fair lady fished and oft tried to find out

How to win him great woe by what means that she could,

But his defence was so fair no offence could be taken

Nor no evil, by neither half; nought could be wrought

They laughed and talked for long

And at last she did him kiss;

She took fair leave by tongue 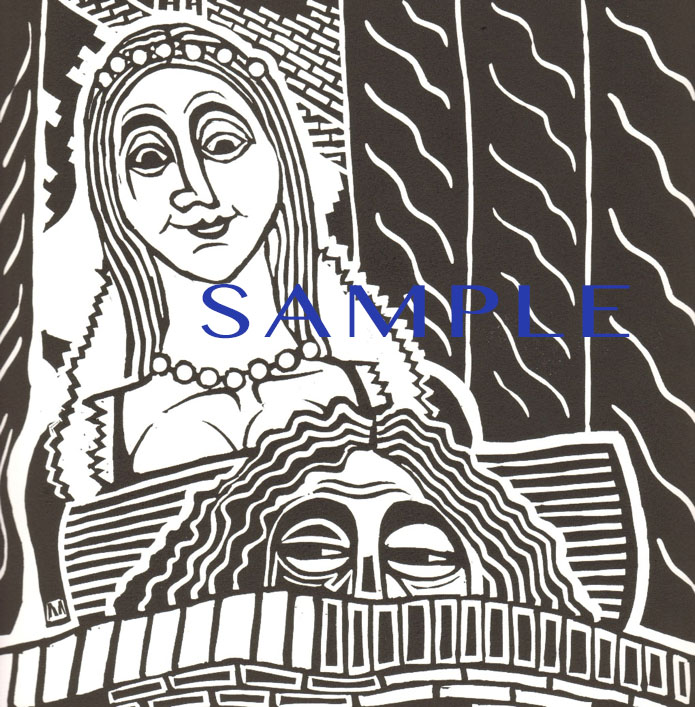 She comes to the curtain and peeps at the knight…