Bob wants it all, who doesn’t? But it’s dog-eat-dog in this world, and when it’s not—well, hell, it’s just the other way around: 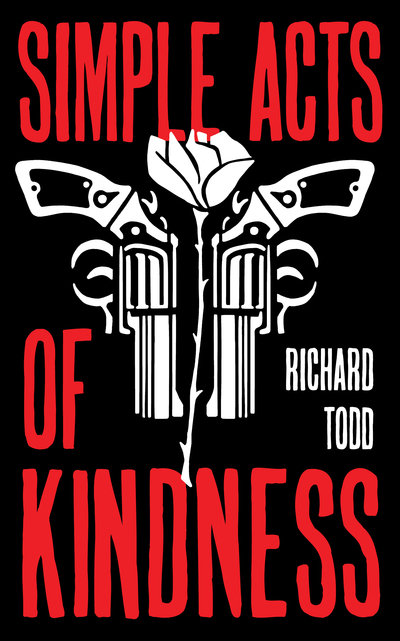 Crime | Fiction
You made Simple Acts of Kindness a reality. It's available in all good book stores now.
$8
7 pledges

Bob likes a drink and so does the writer. Enjoy a night out down the pub and then off to an Indian with the writer picking up the tab. At the end of the night the writer will attempt to personally inscribe your paperback edition with your name recorded in the list of subscribers at the back of the book in whatever fashion you may require.

Bob can’t believe his luck.  Why a woman like Ellie would be interested in a man like him he doesn’t know and he doesn’t care.  Neither does he worry what the deal is between her and Vinny.  For sure Vinny scares the hell out of him but Ellie only works for Vinny and Bob just wants a good time, and the thing he has for Ellie, well it’s nothing serious.

Bob works hard and there’s no reason why he shouldn’t let off a little steam.  His wife and kids will never know and his friends will turn a blind eye.  His behaviour may be bad but it's not as if anyone’s going to get hurt.

But soon Bob finds that he has more to worry about than just Vinny.  There’s also  Benny, and Jimmy’s just back from a five stretch inside.  Then there’s the cop Murray who seems to take things a little too personally, and there’s his pal Joe who’s taking the moral high ground.

Before he knows it Bob’s in so deep he can’t see a way out.  At least not until Vinny shows him one.  Bob reckons that he owes his boss Dirkze nothing and that maybe Vinny’s plan can solve all of their problems.  Maybe.  Or maybe it’s just the start of them.

With Simple Acts of Kindness  Richard Todd delivers a gritty urban noir that’s as twisted as it is addictive and original.