Shine On Me takes a bite from Pelican sociology books we read in the 60s and 70s as much as the New English Library pulps.

'Sociologists write reams about the alienation of capitalism. We know, we read it. We see ourselves described in those blue Pelican sociology books but never understood. We know all about alienation and capital, we don’t need it explained by soft handed wankers that can’t see what we value. We produce style, dance steps, grace. The strange beauty of the murmuration of starlings across the sky, the swagger of mobs through the city.'

'As the skins declined in numbers and influence, as their argot was assimiliated back into the mainstream of working-class culture, as their dress was taken over by commercial interest as a generalized youth commodity, as reggae was reappropriated by black youth, or 'taken up' as a specialized 'thing', as the drugs and life-styles of middle-class youth made idealogical inroads, so the elements of ritual display became increasingly impoverished, denuded of symbolic content. The one element which remained, precisely the one which had been so fetishized by the mass media as the sign of the skinhead, was 'aggro', and it was this which the rump of hard-core skinheads siezed on and elaborated, in a purely material sense, as the matrix of a new style. The fighting crew was born. Inevitably such crews developed in those areas where the subcuture had been strongest and parent culture weakest. They remain locality-based, but violence is only marginally related to the protocols of territory - which now provide the pretext, rather than the structuring context of 'aggro'.

Micky Spyer was a member of one such crew in the area of South Islington, which had been a skinhead stronghold.

"Well, some of us go to work, and then we go to clubs, or pubs sometimes, to have fights, but the weekends are best, that's when we have the big fights, with about ten of us outside the fish and chip shop. You've got to fight to protect yourself and you can get a bit of a name and you've got to protect it, you can't just bottle it and walk away, and then you really get slagged off ... There's about ten of us like, we're all together, all mates from round the flats ... and when we get into fights then the birds we're with fight with the other birds (i.e. of the other crew). They're worse than us, they use bottles as well, they're fucking mad sometimes ... They're all good fighters in our crew, well, that's the idea, isn't it, there's a few no good, well they just hang about with us like, they're not really in it. If a kid's not a good fighter then he don't go about with us and that's that. If we think a geezer's all mouth and not really a good fighter, then we just have a fight with him to show him up ... they're the real idiots, the right mouthy geezers."'

David Robins and Philip Cohen - Knuckle Sandwich, Growing Up in the Working-class City, 1978

'The skinheads undoubtedly reasserted those values associated with the traditional working-class community, but they did so in the face of the widespread renunciation of those values in the parent culture - at a time when such an affirmation of the classic concerns of working-class life was considered inappropriate. Simiarly, the mods were negotiating changes and contradictions which were simultaneously affecting the parent culture but they were doing so in the terms of their own relatively autonomous problematic - by inventing an 'elsewhere' (the week-end, the West End) which was defined against the familiar locales of the home, the pub, the working-man's club, the neighbourhood.'

'The punks were not only directly responding to increasing joblessness, changing moral standards, the rediscovery of poverty, the Depression, etc, they were dramatizing what had come to be called 'Britain's decline' by constructing a language which was, in contrast to the prevailing rhetoric of the Rock Establishment, unmistakably relevant and down to earth (hence the swearing, the references to 'fat hippies', the rags, the lumpen poses). The punks appropriated the rhetoric of crisis which had filled the airwaves and the editorials throughout the period and translated it into tangible (and visable) terms In the gloomy, apocalyptic ambience of the late 1970s - with massive unemployment, with the ominous violence of the Notting Hill Carnival, Grunwick, Lewisham and Ladywood - it was fitting that the punks should present themselves as 'degenerates'; as signs of the highly publicized decay which perfectly represented the atrophied condition of Great Britain.' 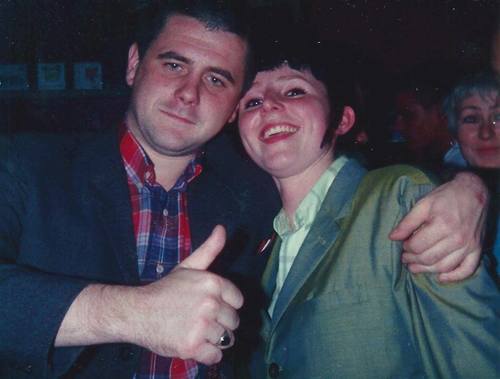