Welcome! Here's some more detail to get us started

Hi! Thanks for being here. For this first update, I thought it'd be good to go over how this campaign and this updates blog are going to work, as well as to tell you a bit about the direction I'm coming from with this book project. And also to lay out the different ways you can help out.

For those of you unfamiliar with Unbound, here's a quick primer:

Unbound is kind of a mix of traditional book publishing and Kickstarter-style crowdfunding. Books go through all the usual publishing phases here -- there's a pitching/commissioning process, contract negotiations, multiple layers of editing and proofreading, layout and design, etc, with author and publisher working together every step of the way. The only difference from a reader's point of view is that the editing and production (and printing and distribution) phases don't happen unless a book meets its crowdfunding goal, which is based on estimated costs.

Campaigns last for around three months, or until Unbound and a book's author mutually agree to pull the plug.

Unbound also published my previous book, The Secret History of Mac Gaming. If you're not familiar with that, you can check it out on its Unbound page and on its official website. (And you can buy a copy! If you're interested in shareware games history, you may well like it.) Here are a few photos of it: 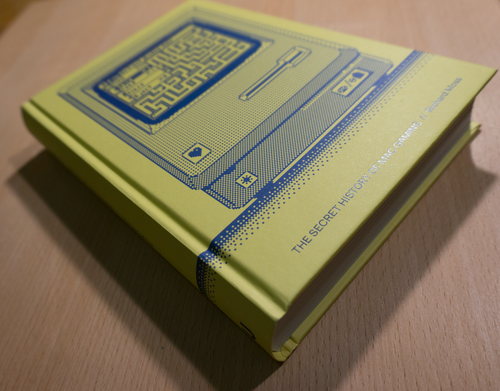 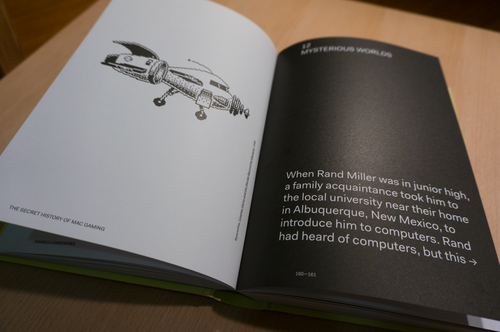 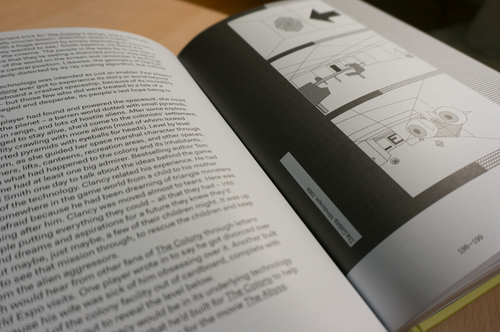 What's going on with this shareware games history book?

Here's where we're at: I have about two-thirds of the first chapter written. Part of that you can read here in the excerpt attached to the campaign page. I also have a high-level plan for what will be covered in the book and I'm gradually fleshing it out into a detailed plan as I get further into the research and writing. I don't know exactly which games or developers will be covered yet.

All the big ones you'd expect will almost certainly be in there -- the stories behind id Software, Apogee, and Epic's shareware journies, and other important games like Scorched Earth, Captain Comic, Moraff's Revenge, etc. But expect to find some obscurities mixed in as well. Not every "shareware hero", as I'm calling them, found success on the scale of the big boys. That doesn't make them any less interesting.

There'll also be attention paid to shareware distributors, and there'll be time spent on the non-PC platform-specific shareware scenes -- on Mac, Amiga, Atari ST, and perhaps other systems too. If there's something you think is important to explore from the shareware days, let me know and I'll make sure I look into it if I haven't already.

My research approach, for those who don't know my work, is to combine oral history -- i.e., interviews, which I conduct myself where possible (I interviewed around 80 people for the Mac gaming book) -- with archival materials. I like to dig through old messageboards and Usenet posts as well as magazines, newsletters, websites, fanzines, books, game manuals, and anything else that seems like it might give a more complete picture of the story behind each game and each individual or company I write about.

Those of you who have read The Secret History of Mac Gaming will know what to expect here -- I'm going to explore how and why the games covered were made, and by whom, and there'll be coverage of big hits intertwined with fascinating and/or brilliant obscurities. I'm hoping to have a more cohesive narrative flow through the book this time around, meaning that there'll be a structure that's closer to chronological and a narrative that tries to follow certain characters or studios or the evolution of certain ideas through multiple chapters. I'll talk more about this as I figure it out during the writing process.

The chapters may well still read fine as standalone entities but this time around the best experience is likely to be in reading from front to back.

There will be illustrated chapter openers plus screenshots and photos and other visual material in the book, as with last time, although unless we get way over our funding goal the design will be much less ambitious than in my Mac gaming book.

How will these updates work?

I'll try to post something new almost every week. Most updates will be public, at least initially, but not all will. Feel free to share the public ones around online. I don't have a set schedule in mind for what comes when, but here are the things that'll definitely get posted about:

How can you help?

Shareware Heroes won't exist without your help. If you're reading this, you've probably made a pledge to the project. That's fantastic. Thank you for putting your faith in me to make a great book. But I'm afraid your pledge isn't enough. I need you to help me reach more people, to spread the word about the book and the campaign far and wide. I'll be doing what I can across the next few months to attract new supporters, but chances are I won't be able to do it all on my own, so I need you to tell people about this thing. Then a while later tell them again. And keep reminding them (perhaps luring them in with different details) until they get on board.

Besides helping with the campaign, you can also help me with the book. If you made shareware games in the 1980s or 90s, get in touch and tell me about them. If you ran a BBS or a shareware distributor, I may be interested in your stories too. If you were just a fan, share your stories with us in the comments or campaign Q&A, or on Twitter (or privately with me over email is fine too!), and feel free to make requests and suggestions.

Let's get people celebrating the shareware era for all its highs and lows, its breakout hits and unknown obscurities, and everything in between. I believe that shareware is a critical missing link in popular conceptions of games history, and of indie games history, fitting in that big gap between the bedroom coding era and the rise of Steam. Let's show the world that it deserves more recognition, and help me prove that this book matters.

If he's not on your list already, Jeff Vogel feels like an essential person to talk to for this book (I know there was a brief section about him in the History of Mac Gaming book)

Yep, definitely looking at talking again to Jeff Vogel at some stage. He's a perfect exemplar of a "shareware hero" with all of his amazing old-school shareware RPGs, and he's one of the few people who continued to earn a living from shareware games through the 2000s.

A first edition copy of the hardback, plus the ebook.
Pre-order this reward
£10
107 pledges