Sorry about the long delay between updates. I wanted to allow some time for books to get out into your hands before I shared anything more, and then I spent most of September being sick (food poisoning and then a severe cold I caught from my daughter).

The book came out in the UK in late August, and I believe it started going to backers 2-3 weeks beforehand. I've heard about a few people still not having their book yet, which is disappointing, but I hope the rest of you have been enjoying this labour of love.

I know I've been hearing some lovely things — lots of tweets and emails and other messages from people who loved reading all the stories in there about game development, business, and marketing challenges during the infancy of the Internet. (Even my dad, who never reads books, send me a message to say how much he enjoyed it.) It's been especially satisfying to receive praise not only for the quality of research and content but also the storytelling and pacing, which I thought very carefully about while I was writing the book.

I'm collecting some of the best comments and review quotes on a page on my website; if you see or hear anything you think I should add, let me know — especially if it's from somebody with games or tech industry pedigree, like a journalist or a developer of a successful product (because such people lend extra credibility that might help convince a potential buyer still on the fence about a purchase).

Speaking of the website, if you haven't been there yet, go now. Same deal if you last visited in August. It'll be worth it. When last I mentioned it on here I had only a fraction of it done; now the only part left unfinished is that I've yet to add one more planned Easter egg feature.

I was on a panel at PAX Aus earlier this month called Shareware Downunder, where I joined industry veteran John Passfield (whose connection to shareware comes from developing Halloween Harry/Alien Carnage), indie dev and bookshop owner Terry Burdak, and ACMI games curator Arieh Offman in discussing shareware gaming in the 90s and its legacy both within Australia and around the world.

The panel audio was recorded, so I'm hoping to get that posted up on my podcast feed at some point, but in the meantime I've uploaded a PDF of the "a (very) brief history of shareware" slides I made for my introductory portion of the panel.

I tweeted about this in early August, but for those who missed it I have some sad news: shareware gaming pioneer Al Evans has died. He was one of the first shareware game authors to actually make decent money from the model, with his free-roaming adventure Cap'n Magneto proving a big hit with the early Mac audience.

He was also fluent in four languages and skilled in multiple musical instruments as well as photography. And his brief stint as a game developer was thanks in part to a motorcycle accident that nearly killed him. But by far his greatest legacy on the world was his little shareware game that inspired thousands of people around the world. 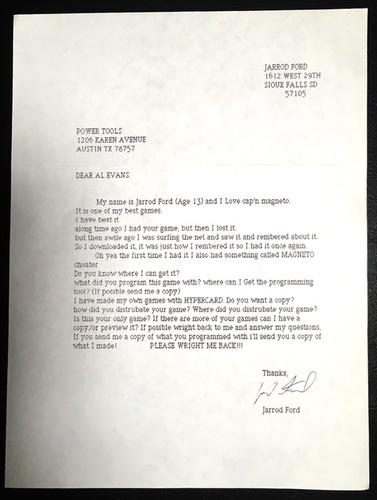 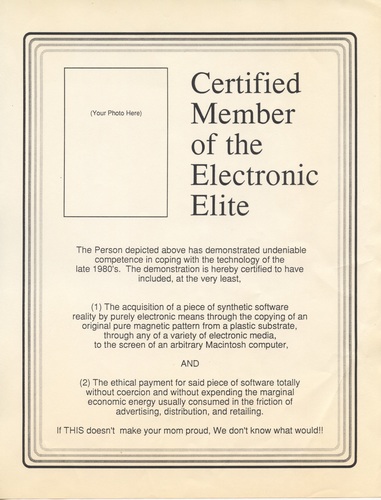 Shareware Heroes in the press

I know some of you have heard it already, but I was interviewed on the excellent Retro Hour podcast in August. Dan and Ravi always ask good questions and we had a great chat about the heyday of shareware and the differences between the US and UK scenes.

I will be contacting a few other shows I know in the coming weeks, but if you host a podcast or run a website or YouTube or Twitch channel and you'd like to have me on to chat about the shareware gaming era, hit me up anytime (you can reach me on rich at mossrc dot me or tweet @MossRC) and I'll see if I can navigate the maze of timezones and parenting responsibilities to make it work for us both.

The book also got a thoughtful review-ish article on Eurogamer courtesy of Robert Purchese that I recommend reading. Be sure to check out the comments as well for some lovely personal stories of how shareware touched people's lives.

As for other reviews I've spotted, Peter Bridger wrote an upbeat and personal review on his site Strife Streams, which actually was a handy research aide for me when I was writing about the Duke Nukem games because he has interviews on there with Todd Replogle (who never responded to my interview requests). Andrew Oyston wrote a longer review on his blog, where he asserted that this should be "the reference book on the topic for years to come". And I also saw a review written in Czech at High-Voltage.cz, which from the machine translation I read seemed to rate my book pretty highly.

And if you can read Italian, the section on William Soleau's Soleau Software odyssey got translated into Italian and published in the Ludica web magazine.

There'll be an excerpt on GameDeveloper.com at some point, too, with probably another couple to come in the new year.

If you wrote, read, or heard other reviews, podcast discussions, or press mentions of Shareware Heroes, please let me know — I'd like to collect them all and I enjoy seeing what people are saying about the book.

US and Canada launch

The book may have officially launched in late August, but the real measure of its marketability and success will come in 2023 after the January 10th US and Canada paperback release.

I had a meeting this week with Unbound and our publicity partner Cursor, who will be helping to build interest in the book and to get press coverage and reviews, and from that I have high hopes for the book's sales and reception Stateside. Everybody's really upbeat about the potential of Shareware Heroes in the US market, and we should have broad availability in bookshops around the country — which I'm told is critical to success in what is one of the toughest markets in the world.

And between my contacts and Cursor's, coupled with support from a number of games industry people and positive word-of-mouth buzz from you lovely backers, I'm quietly confident that we'll get a good bit of media attention and chatter as well — nothing like a hit new game, but enough to build sales momentum.

I'll be back with another update in December on more book-related stuff, including links to any bonus content I publish and/or plans for livestreams or public Q&As. Until then, here's a random shareware games compilation CD to explore and play with.

What do we do if we haven’t received the book yet? In Australia.

@Cody Konior You should send an email to Unbound on support@unbound.com

A first edition copy of the hardback, plus the ebook.
Buy now
£10
163 pledges

A copy of the ebook edition.
Buy now